With the exception of the Volvo XC40 winning the ‘Compact Crossover of the Year’ and the overall Award, it fell to the Volkswagen Group Ireland brands Seat, Skoda and Volkswagen to enjoyed a triple Crossover success at the 2019 Irish Car of the Year Awards. Held in association with Continental Tyres in Dublin last week, their three SUV/ Crossover offerings claiming their respective titles.

The Seat Arona was crowned ‘Small Crossover of the Year’, rounding off a great year for the car which has been in huge demand with Irish customers. Seat brand director Niall Phillips, commenting on the award said; “We have been delighted and pleasantly surprised by the extent of the demand for the new Arona, with demand outstripping supply currently across our retailer network. We expect 2019 to be a very strong year for both the Arona and the SEAT brand.” 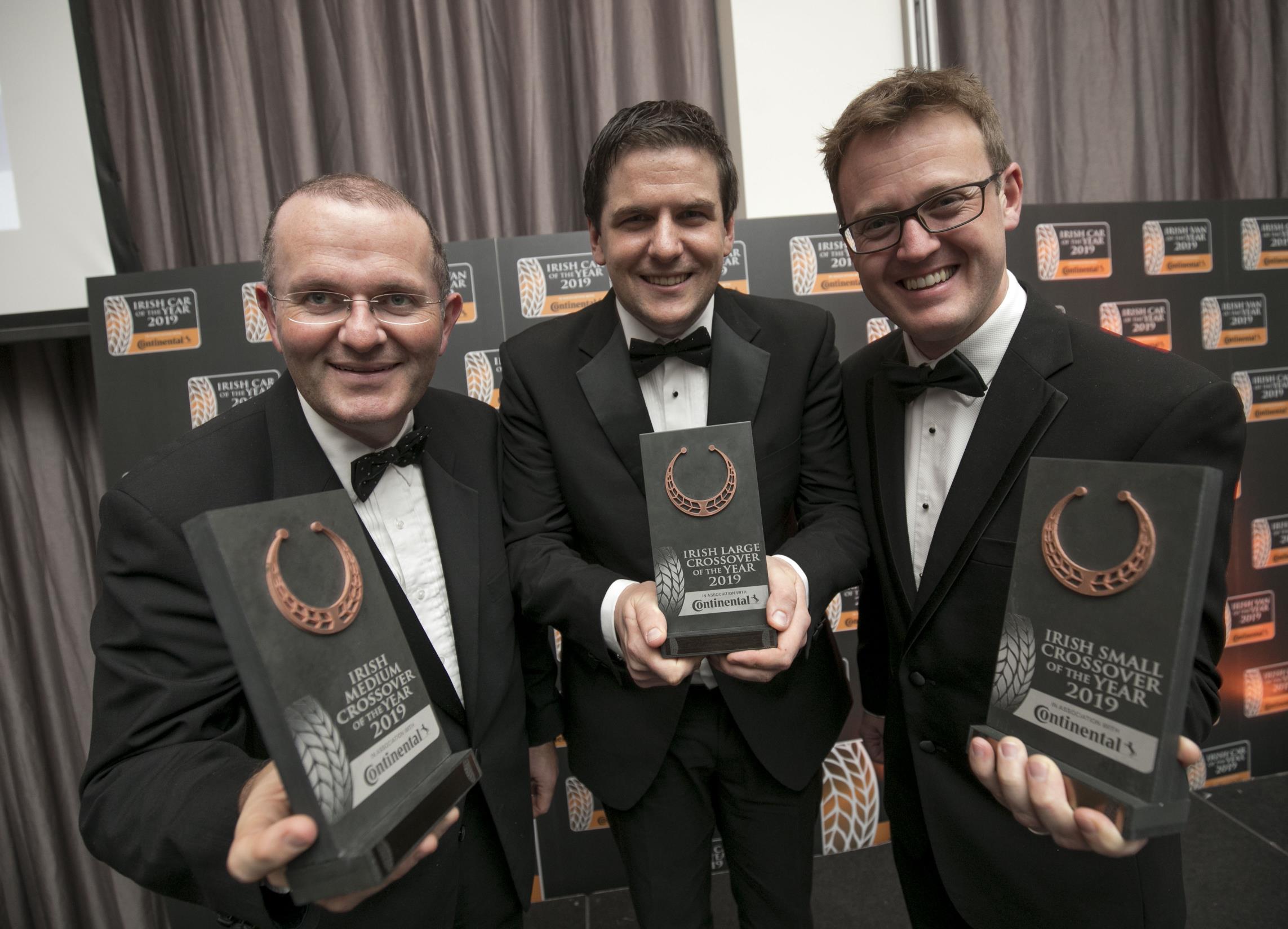 In the larger, Medium Crossover of the Year category, in a very tough and competitive category, the Skoda Karoq came out as the winner. Skoda Ireland Brand Director John Donegan said; “we are particularly pleased that the Karoq has won this award given the fiercely competitive nature of this segment and this is the second consecutive year that one of our SUVs has claimed an Irish Car of the Year category award following on from the success last year with Karoq. A new Sportline model for Karoq in 2019 will, we hope, further boost sales of this excellent model.”

And finally, Volkswagen brand claimed the Large Crossover of the Year title with the recently-launched new Touareg model. Volkswagen Ireland Brand Director Gerrit Heimberg, commenting on the award said; “The new Touareg is a technological Tour-de-Force and showcases the best of our brand right now, so we are thrilled that this has been recognised with this award. The new model is being well received by our retailer and their customers alike, so we are confident of a good year with this new model in 2019.”

Volkswagen Group Ireland Managing Director Carla Wentzel summed up the feeling of the Group by adding; “It is a clear indication of the shift to SUVs in the Irish market that there are now so many SUV categories in the Irish Car of the Year, but from a Volkswagen Group perspective it is great to see that we have been award winners across various sizes and brands. This segment will continue to grow and we are pleased to be regarded as having the finest offerings in it.”