Veterans’ Garage Manchester, based at Airport City, is getting a fresh lick of paint as plans progress to the next stages in renovating the Grade II listed former Airport Terminal.

HMG Paints, a leading independent paint manufacturer in the UK, are continuing its support with further donations of paint for the refreshment of the temporary Veterans’ Garage premises. At the same time, planning continues for extensive renovations of the Grade II listed 1930’s Airport Terminal. 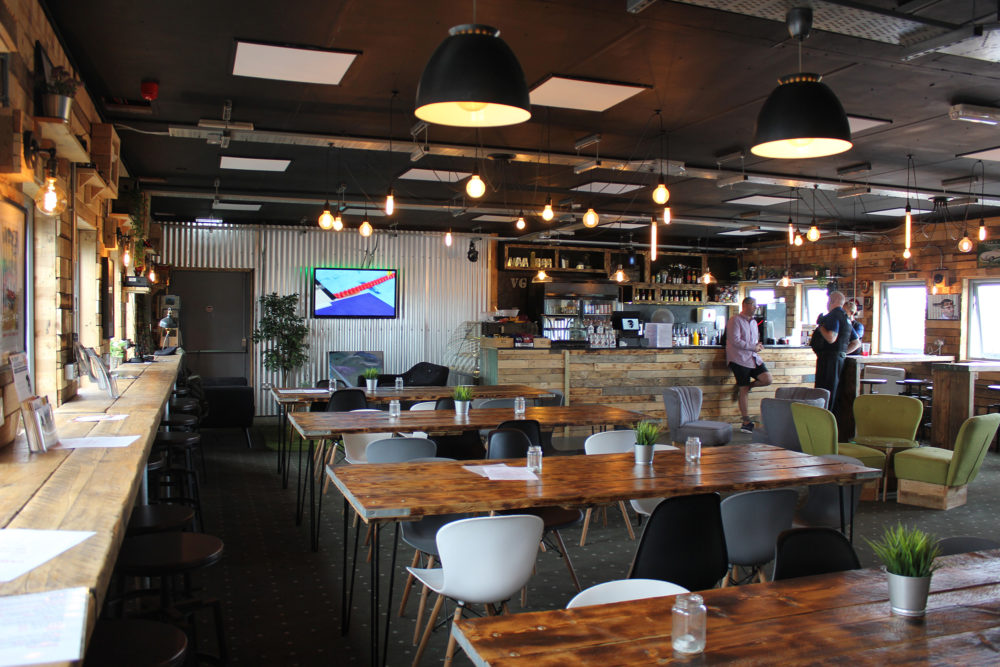 Veterans’ Garage, co-founded in 2015 by the Redshaws, an ex-military family suffering the impacts of Post-Traumatic Stress Disorder (PTSD), have together created a unique approach to providing support for Military Veterans and Emergency Service personnel across the North West. The family’s aim was to provide a stable social hub for ex-servicemen and women to learn new skills, socialize and receive support and advice with in-house welfare programs.

The Redshaw family says it hopes the project, which was named North-West Social Enterprise of the Year 2017, will be a long-standing testament to veterans, giving ex-servicemen, servicewomen and its families a multi-functional hub to build skills and seek support, but also to socialize and make friends.

“We are dedicated to working with local businesses who are active and supportive in the community and felt that HMG Paints very much fit with our ethos. We plan to have a long-term relationship with HMG Paints, not only utilizing their Decorative Paints range, but also their impressive Automotive coatings for our restoration garage.” said Dave Redshaw, Veterans’ Garage Co-Founder.

The location for the Veterans’ Garage, City Airport, was the UK’s first purpose-built municipal airport. At the airport, the temporary venue, a converted portacabin, has been refurbished using a selection of HMG Paints products from PVC17 on the UPVC windows, to the popular acrylic primer undercoat and satin trim system.

Alongside the portacabin sits a Grade II listed, WWII airport terminal building which has been generously donated to the project by The Peel Group.

With the skills of former project Manager & Co-Founder Dan Redshaw COO of Auto Crowd Group (a free to join network of Automotive, Marine & Aviation clubs) who brings over 15 years of construction industry experience to the project, The VG team endeavour to preserve and enhance the historical features by designing the Grade II listed building in an Art Deco style, reflecting the 1930’s heritage.

Transforming the building into a multi-functional space, housing stylish lounges, club meeting and business facilities. A luxury restaurant will surround the downstairs car & motorcycle restoration garage for ex-service personnel of all ages to collaborate, restoring classic cars and motorcycles, whilst raising money and awareness.

Gracienne Ikin, HMG Paints’ Marketing and Communications Executive commented on the project: “HMG are proud to be part of such an inspirational project. The Redshaws have created a unique and welcoming place for all, open seven days a week, and the main project hasn’t even started yet! We look forward to the next few years working with the Veterans’ Garage team.”

As a not-for-profit venture, the garage will also play host to a community car club, giving freedom to raise funds for other causes across the North West, simultaneously providing ex-service personnel with employment opportunities.

HMG Paints’ decorative coatings have been developed over a number of years and have undergone extensive trials and testing. The range has been specified on large scale projects, such as the renovation of Manchester Central Library, and Heritage projects on other Grade II listed buildings.

The paints were also put to use in high traffic environments such as corridors, offices and automotive workshops at the Prodrive Headquarters in Banbury, home to Aston Martin Racing.