Sixth place in the Omagh Bushwhacker Forestry Stages Rally was enough to clinch the Valvoline National title for Monaghan rally master Sam Moffett in his Fiesta WRC, giving him his second major championship of the year and leaving him poised to make it a unique treble next weekend if he can also add the Clonakilty Blackpudding Tarmac series to his rapidly growing collection of honours. 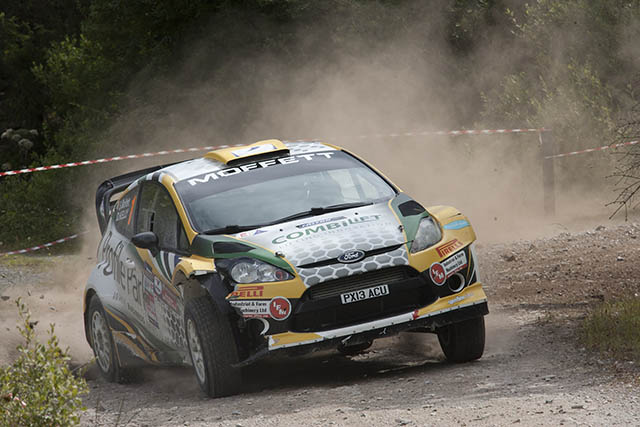 Moffett and co-driver Stephen Thornton’s most important task at the weekend was to ensure that they finished the 40 miles of stages, as they had collected enough points in the earlier rounds to leave the Clontibret man virtually home and dried, barring the unexpected, and things went according to plan for him.

During the summer, he had already tied up the Triton Showers National Championship, winning the first six rounds in a row to become unbeatable in the last two rallies, and he only needs to start the Acesigns Cork 20 International next Saturday to become the first driver ever to hold Irish rallying’s three major titles at the same time.

Paul Blair and Ian White won the two Carlow CC Hewison Autotest Championship rounds at Arklow, giving Kilkenny driver White a clear lead in the points table, as he has now won three of the four events held so far. Darren Quille had his best result yet, with runner up position yesterday.