As part of a new affiliation with UNICEF Ireland, Frank Keane BMW has taken five BMW i3’s to support the organisation in raising much-needed funds.

The announcement coincides with Frank Keane BMW becoming an official BMW i agent and marks a new chapter in the company’s 50th year of association with BMW.

In addition to presenting five vehicles, BMW Frank Keane has committed to supporting UNICEF Ireland by donating €15 to UNICEF for every new car purchased and up to €5 for every service. Each customer of the Blackrock and Naas Road branches will also be given the opportunity to match the donation. 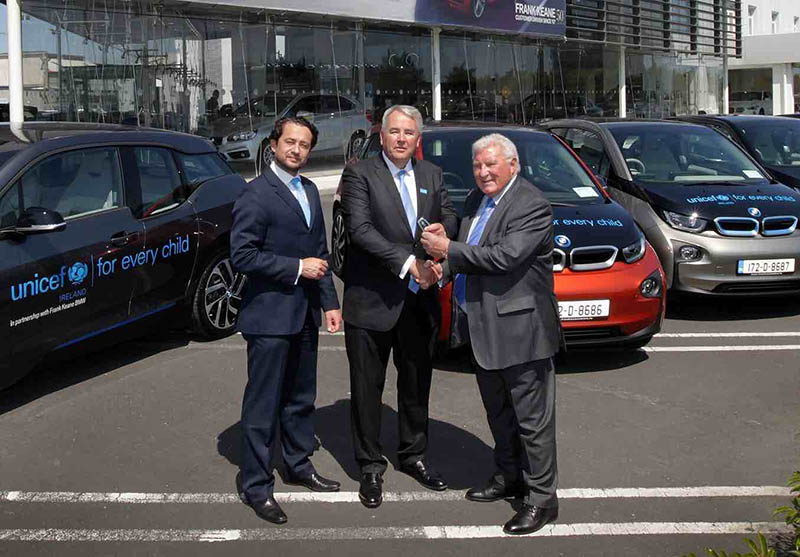 Frank Keane BMW has agreed to supply the fleet at below market rates in recognition of UNICEF’s important work. One of the key reasons BMW i was chosen by UNICEF Ireland as the most suitable vehicle partner is due to BMW Group’s approach to environmental and social sustainability throughout the entire life cycle of its cars from start to finish as it is takes more than just zero-emission motoring to drive sustainable change in the world. 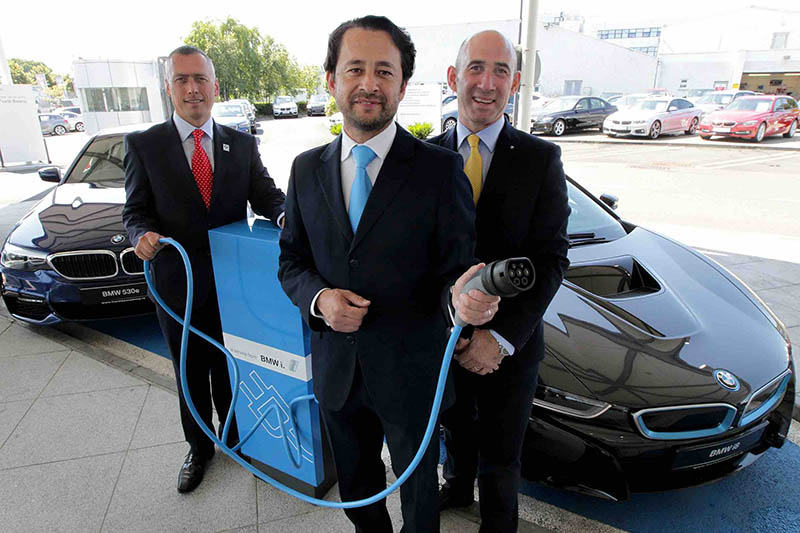 This approach includes everything from the extraction of raw materials and manufacture, through usage to recycling, in order to take account of all environmental aspects. For example, up to 95 per cent of the BMW i3 is recyclable and the manufacturing process of the BMW i3 is from green power such as wind turbines and one of the world’s largest hydroelectric plants. In fact, the BMW Group have consistently been the automotive sector leader or the Dow Jones Sustainability Indexes (DJSI). The BMW Group is also the only one of the three automobile manufacturers listed to feature in the renowned index every year since 1999.

“UNICEF Ireland is constantly seeking new and innovative ways of helping children, this partnership is an excellent example. UNICEF is 70 years in operation, while Frank Keane BMW is celebrating its 50th Anniversary – together we will use the skills and knowledge we have acquired in our respective fields to achieve breakthrough change for children”, said Peter Power, Executive Director, UNICEF Ireland.

Frank Keane BMW, who recently celebrated its 50th year of association with BMW is now embarking on expansion as a BMW i Agent. Dedicated sales and servicing facilities for BMW i models, including the i3, i8 and iPerformance models have been established at the Naas Road and Blackrock locations.

“We are excited to be embarking on a new chapter with the BMW i brand and the partnership with UNICEF who are leading by example. This fleet of i3’s will provide emission free driving with a pure electric range of 130kms in real-world driving conditions and will certainly be eye catching on our roads” said Mark Bradley, Head of Business at Frank Keane BMW.