The two Ducati Team riders produced an outstanding performances at the Sepang International Circuit, with Andrea Dovizioso winning the Shell Malaysia Grand Prix, held on a wet track, ahead of his team-mate Jorge Lorenzo. 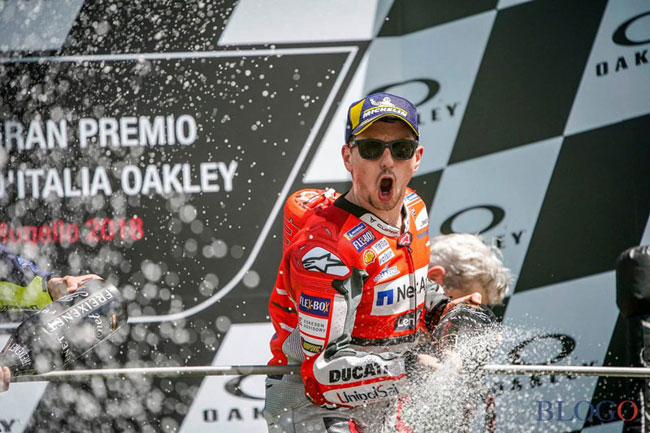 With this victory, his sixth of the season, Dovizioso keeps the title battle alive and at this point it will go down to the final round of the season at Valencia from November 10-12.

Dovizioso, who started from row 3 in third place, didn’t get a perfect start and had to battle with
Pedrosa on the opening lap. The Italian then caught and passed Marquez on lap 5, before setting after the leading duo made up of Zarco and Lorenzo. On lap 9 both Ducati Team riders passed the Frenchman and then Dovizioso was able to overtake his team-mate five laps from the end and hold on to first place until the chequered flag.

Jorge Lorenzo also had a great race, the Spanish rider getting an excellent start from the second row and immediately setting after the provisional race leader Zarco. The rider from Mallorca took over at the front on lap 9 and when he was caught and passed by Dovizioso, he followed his team-mate home for the runner-up slot.

Ducati now moves into second place in the Constructors’ standings with 303 points, two more than Yamaha.

The MotoGP riders will be back in action in two weeks’ time for the final and decisive round of the 2017 season, scheduled for 10-12 November, at Valencia’s Ricardo Tormo Circuit.