The British Prime Minister Boris Johnson announced last week that he would bring forward the ban on new diesel, petrol and hybrid cars from 2040 to 2035. 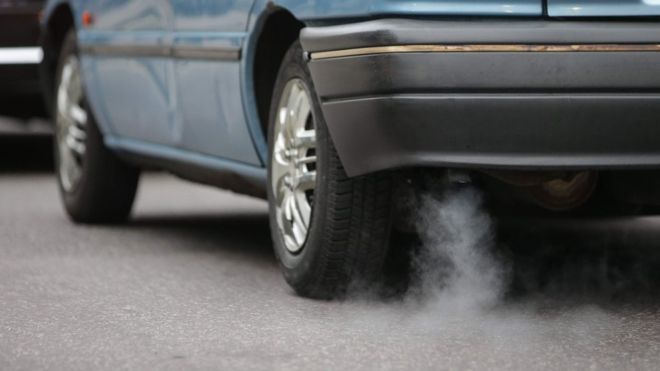 However, their transport secretary Grant Shapps has thrown further confusion on the subject by telling the BBC that the ban could start as early as 2032, subject to consultation. It’s hardly comforting to have more than our politicians can be promising the impossible, because they will not be in power by those deadlines to account for it.

A UK Department for Transport (DfT) spokesman explained the comment from Mr. Shapps: “We are consulting on a range of possible dates to bring forward the end to the sale of petrol and diesel cars and vans.

“The consultation proposal for this is 2035 – or earlier if a faster transition appears feasible – as well as including hybrids for the first time.”

Speaking last October, Caroline Sandall, chairman, ACFO – the body that represences fleets in the UK said that “Politicians are playing a ‘date game’ by proposing to ban the sale of petrol and diesel cars and vans earlier and earlier’.

First, we had the Conservative Party setting 2040. The Government’s advisory Committee on Climate Change then suggested 2030 or 2035 “at the latest”, the latter the same date as MPs on the House of Commons Science and Technology Committee.

We now have Labour and the Liberal Democrats suggesting 2030 with the former advocating all car fleets should go electric by 2025.

What would she say after the latest from their new transport secretary?

Here is the rest of what Caroline Sandall did have to say last October:

Climate change and air quality are major international concerns, but simply advocating a ban on the sale of petrol and diesel cars and vans is daft. It is clear these politicians do not live in the real world – a world occupied by businesses employing fleet decision-makers that already typically operate the most technologically-advanced and, therefore, the cleanest vehicles available.

Simply proposing to ban the sale of petrol and diesel cars and vans earlier and earlier, or in Labour’s case somehow ‘force’ fleets to go 100% electric by 2025 – just one replacement cycle from now for some operators – is not viable from a business perspective.

Labour’s promised wish list sounds workable, but has it been accurately costed? A wholesale switch to electric vehicles (EVs) will severely impact a Government of any political persuasion’s tax take from fuel duty and related VAT as the Institute of Fiscal Studies (IFS) has highlighted.

How will that ‘lost’ cash be replaced – will some form of road pricing be the answer as promoted by the IFS? What is certain is that it needs to be debated and an acceptable solution implemented.

But that is not all. Simultaneously, the future of motoring taxation as a whole needs to be discussed. Being based, as it is now on vehicle CO2 emissions – company car benefit-in-kind tax, Vehicle Excise Duty and capital allowances – means it is has no future in a zero emission, electric vehicle world.

Many towns and cities are ploughing ahead with the introduction of clean air zones and low emission zones, but the individual local authority approach is disjointed and confusing.

Electric vehicle charge point companies are racing to introduce more and more in public places – but there are vast swathes of the country, notably rural areas, where they are rarer than hens’ teeth. And how will car and van drivers who live in flats or homes with no off-street parking charge their vehicles?

The fleet market has both a huge potential and desire to lead the national acceleration of EV take-up, but for many it is still too difficult to make the switch in the real world.

There must be a far greater co-ordinated impetus to make the adoption of non-internal combustion engine (ICE) vehicles easier.

For political parties, of whatever colour, to simply pluck seemingly random dates out of the air to end the sale of petrol and diesel cars and vans and ‘go green’ is not the answer.