A UK couple are believed to be one of the first people from the UK to complete Iceland’s famous coastal ‘ring road’ in an electric car, completing the journey in a Renault Zoe and a BMW i3.

It took just six days for Natalie and Rob Carswell of Spark+Volt: Electric Adventure Gear, based in Poole, Dorset to drive around the country’s popular ‘Route One’. It is believed the pair are one of, if not the first from the UK to complete the challenge since Iceland declared the ring road suitable for electric vehicles back in March. 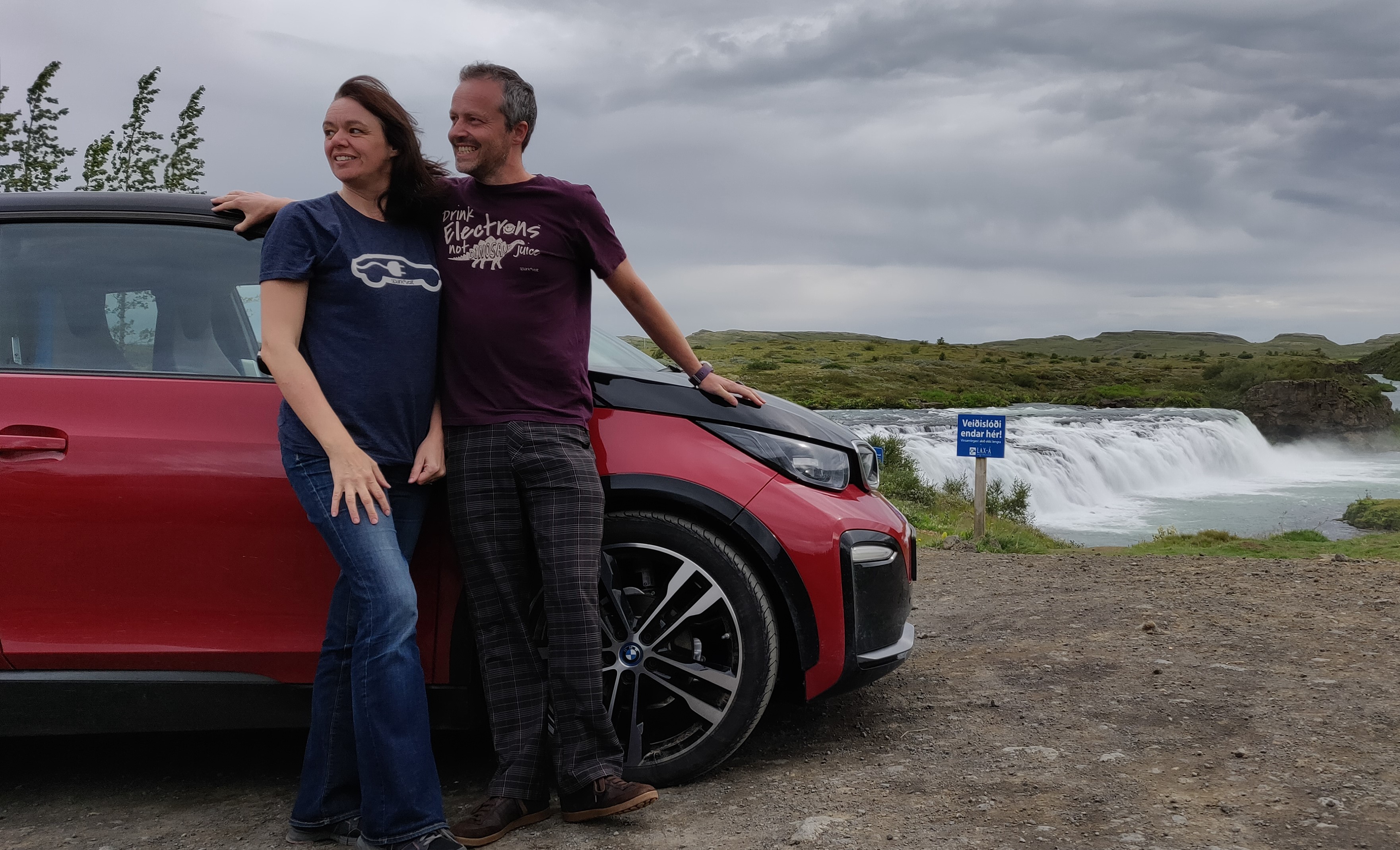 Natalie and Rob Carswell of Spark+Volt

He continued: “Iceland’s ring road, with its mountainous terrain and stretches of unmade road, provided the perfect opportunity for us to show what electric cars can do. Route One is a popular route for road trippers, and we hope other tourists will be inspired to ditch the gas and make the journey electrically now they know it can be done.”

Natalie commented: “It’s actually far more enjoyable driving an electric car through stunning tranquil scenery without a dirty engine roaring. Our journey was also hundreds of pounds cheaper than it would have been if we’d been paying for fuel.”

The couple began the journey by picking up an electric Renault Zoe in Reykjavik, but later swapped to a BMW i3 as they headed further north in order to tackle the tougher terrain.

They completed the 828 mile round trip back to Iceland’s capital in just six days, despite stopping multiple times to visit tourist hotspots.

Natalie Carswell added: “When you see the breathtaking natural beauty of Iceland, with its glaciers, mountains and volcanoes, it makes you even more determined to protect the planet in any way you can. So many tourists hire cars to travel Route One every year; it’s our biggest hope other people will hear our story and choose to hire electric cars for their journey in order to help protect this beautiful environment.”