Toyota has just launched three new models, the Yaris Sport, a plug-in hybrid version of the RAV4, and an newly updated Camry Hybrid. Toyota also reminded us that it has the largest hybrid electric SUV range in the market and is now exclusively hybrid across its entire SUV range.

New Yaris Cross SUV
The stylish new Yaris Cross SUV is self-charging hybrid, available in four grades – Luna, Luna Sport, Sol, and Adventure. It is priced from just €27,260 ex-works. Toyota says that it will be available at dealerships from the end of October.

It adds that interested customers can get a sneak peak at the nationwide roadshow currently running from August 26th through to September 16th. Toyota also says that demand is likely to outstrip supply well into 2022. 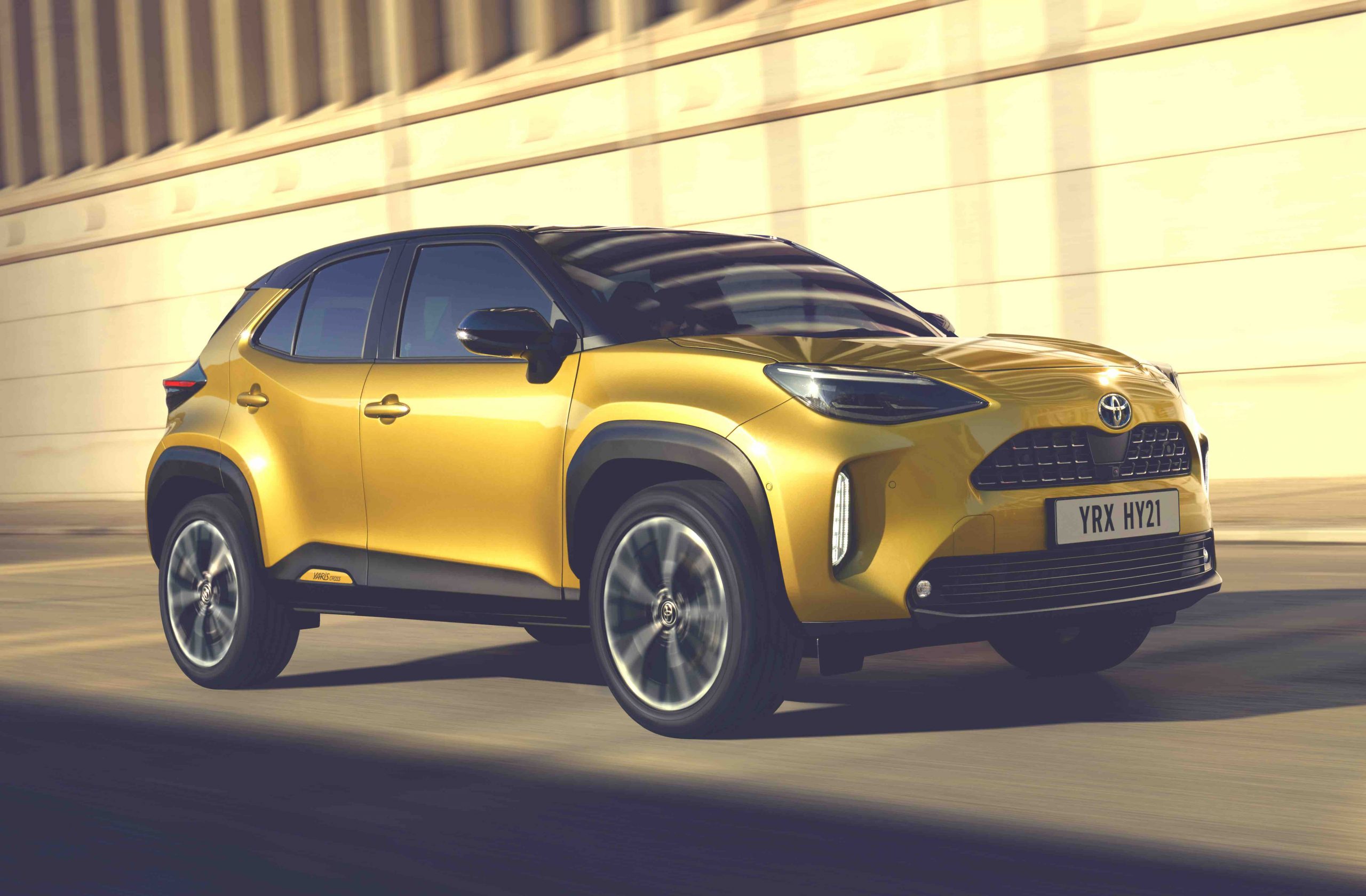 The Yaris Cross is described by Japanese carmaker as a car for adventure and is suitable for life beyond urban streets, time spent exploring and enjoying the great outdoors on open roads. The new model’s essential ruggedness can be seen in the front under-run and a lower bumper protection plate at the rear. The specification also includes a set of silver roof rails as standard and 18-inch alloy wheels with a dark grey finish.

The all-hybrid Yaris Cross range is designed to be the world’s safest compact car with a segment first centre airbag which protects passengers from bumping into each other in the event of a side impact. Yaris Cross owners will also enjoy the peace of mind that the new collision mitigation features which provides increasing safety at intersections and emergency steering assist.

Although built on the same GA-B platform, part of the modular TNGA platform, the Yaris Cross has a higher driving position and increased ground clearance than the latest award-winning Yaris, and Toyota claims that true to its genuine SUV status which sits impressively alongside Toyota’s RAV4, the world’s original and best-selling recreational SUV, and Toyota C-HR compact crossover.

With high body rigidity, a low centre of gravity and a well-balanced chassis, Toyota says that motorists will enjoy agile, nimble and sure-footed handling along with excellent ride comfort.

The hybrid powertrain is also available on all versions of the Yaris Cross, based on the 116 DIN hp 1.5-litre Atkinson cycle fourth generation system which debuted in the new Yaris hatchback. The system’s exceptional efficiency is expected to deliver CO2 emissions from 101g/km in the front-wheel drive Yaris Cross, and 115g/km in the AWD-i models.

With a specific focus on practicality and versatility, Yaris Cross features a flexible cargo deck board (grade dependent) which can be adjusted in height or split into two to offer secure underfloor storage or increased luggage space on demand, allowing each rear seat to be individually folded, to accommodate skis, mountain bikes or a week’s holiday luggage with the ability to secure the cargo with fixation rings.

More on the new Yaris Cross Hybrid after we get to drive it.

New Plug-In version of RAV4 Hybrid
Ireland’s best-selling hybrid SUV, the Toyota RAV4, is launching in a longer range All Wheel Drive Plug-In Hybrid in Ireland late this year. Toyota boasts of a best in class driving range of up to 75km in zero emissions EV mode (WLTP) on a full battery charge for its new flagship RAV4.

It adds that this highly fuel-efficient SUV will come in two grades (Sol and Sport) with prices starting from €48,275 ex-works. Intelligent all-wheel drive is standard. 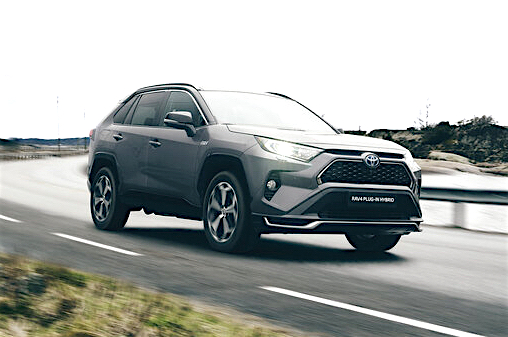 Toyota says that the newest PHEV version is more powerful, yet environmentally cleaner and more efficient than any car in its class. And that it’s introduction strengthens and extends the appeal of the RAV4, the model which created the market for recreational SUVs, and which has amassed more than 10 million worldwide sales.

Toyota adds that the RAV4 PHEV operates as an authentic electric vehicle. EV running is its default mode, in which it can cover up to 98 km in urban driving (City WLTP cycle) on a full battery charge, comfortably more than the average European daily commute. It also boasts that it outperforms all its rivals in terms of low emissions and fuel economy. The model’s final claimed homologation data indicates 22 g/m CO2 and 1.0 l/100km (Combined WLTP cycle).

Basically Toyota is saying that you can use the RAV4 Plug in as a pure electric car during the week, and then rely on the hybrid battery for long drives, meaning still great fuel efficiency and no range anxiety. This of course assumes a short commute or local driving is all that is require on weekdays.

When extra engine power is needed, Toyota says that the capability of the 2.5-litre Dynamic Force power-plant ensures efficiency remains class-leading. It also says that battery charging is simple and safe and can be accomplished in 2.5 hours using a 230 V/32 A connection. This new PHEV version is also the most powerful RAV4 yet, with 306 DIN hp/225 kW.

As with the new Yaris Sport, there will be very limited supply late this year and probably into 2022. You can preview the new RAV4 PHEV at the nationwide roadshow currently running at dealerships until September 15th.

Updated Toyota Camry Hybrid
Toyota has also updated their Camry Hybrid and a new Platinum addition will be launched in Ireland in early 2022. It will be available in two grades (Sol and Platinum) prices start from €41,730 ex-works. 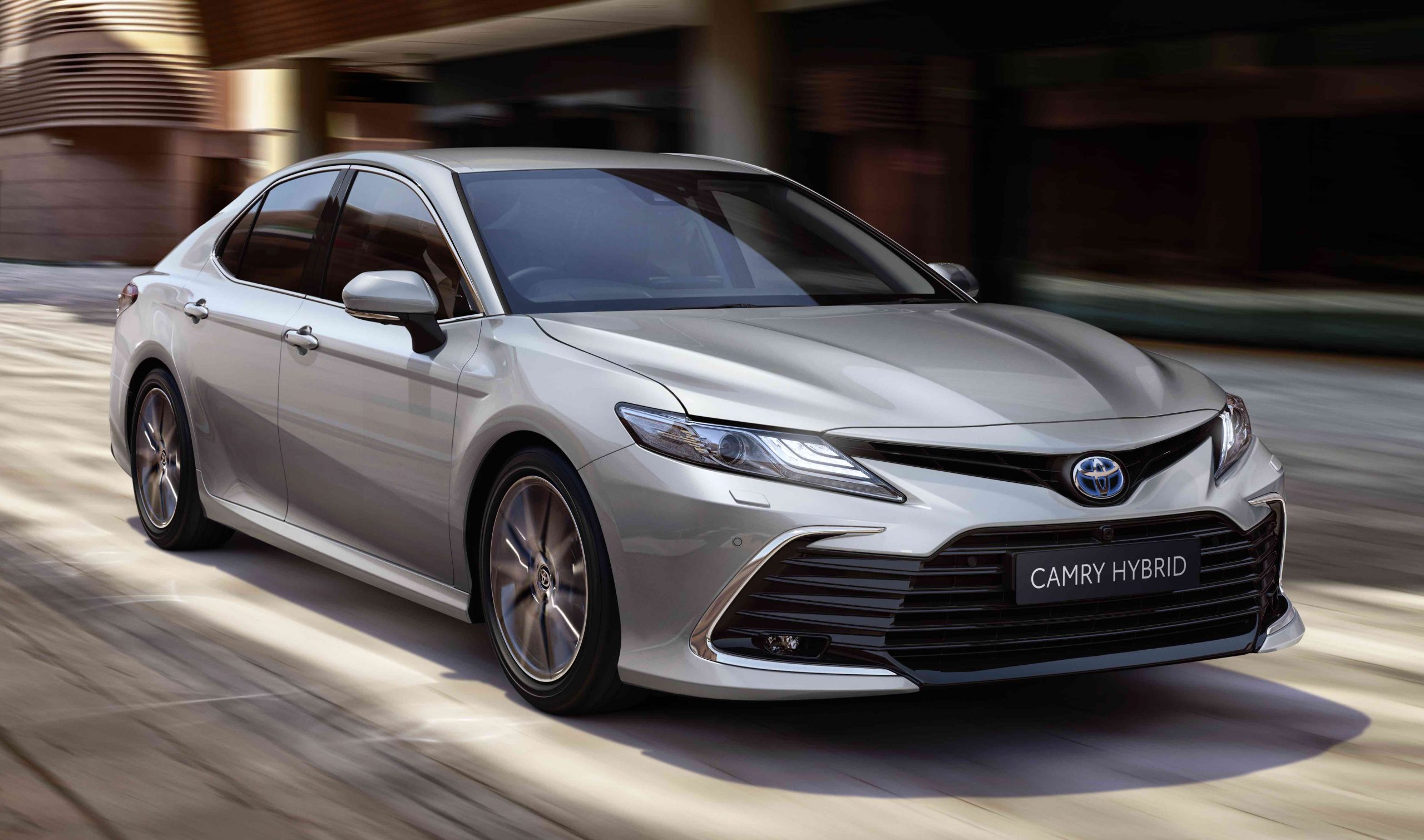 Now, with specific reference to the most popular Camry, the Camry Platinum, Toyota claims that there are a multitude of new and highly desirable features which in the round make it a fairly unbeatable proposition.