Trico received the Best Outside Stand Award for its impressively liveried transporter and GinettaG50 racing cars at the recent Auto Trade Expo, held in Dublin.

Trico is a proud sponsor of Yorkshire-based team, Tockwith Motorsports, and one of their cars is on the verge of winning the Britcar Dunlop Endurance Championship.

Trico showcased its new slogan ‘Excellence In Every Blade’ and its new packaging for the Force, Flex, Neoform and Ice ranges at the Auto Trade EXPO. 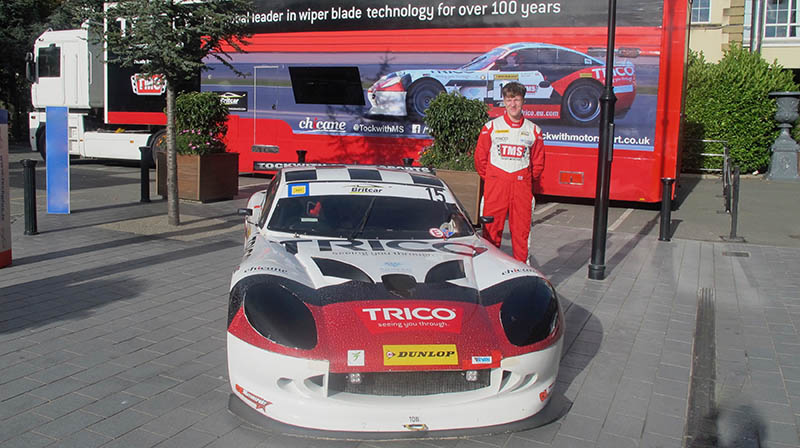 If that wasn’t enough, Trico also handed out tickets from its €10,000 Giveaway, which ran in Ireland throughout October. It offered visitors the chance to win a holiday voucher worth €1,000 while other prizes up for grabs, included an iPad, Amazon Echo, flatscreen television and a driving experience.

Trico’s UK & Ireland Technical Sales Representative, Andy Taylor, said: “Many visitors were drawn to our stand after being met with both the Trico-livered transporter and racing cars.

“It was a successful show with many networking opportunities to promote the Trico brand and product ranges with Garage and Motor Factor owners. We also used the stand to highlight our €10k prize giveaway. I would like to thank the judges who unanimously voted for us to win the Best Stand Award, which was presented to Tockwith Motorsports driver Marmaduke Hall.”