Two members of the Trico team, Sam Robinson and Andy Taylor, ran 5k each and every day during January to raise money for Trico’s nominated charity, Speed Of Sight.

Speed Of Sight is run by blind race car driver and multiple World Record holder, Mike Newman and co-founder John Galloway and hosts driving experiences for children and adults with disabilities. These events, held nationwide, allow them to experience something they might otherwise think impossible – the thrill of driving!

Taking inspiration from David McGinnity, who is running 5k every day in 2021 with the hope to raise £50,000 for Speed Of Sight, Sam and Andy followed in his footsteps, running a gruelling total of more than 150km in 31 days and raising £926 for the charity. 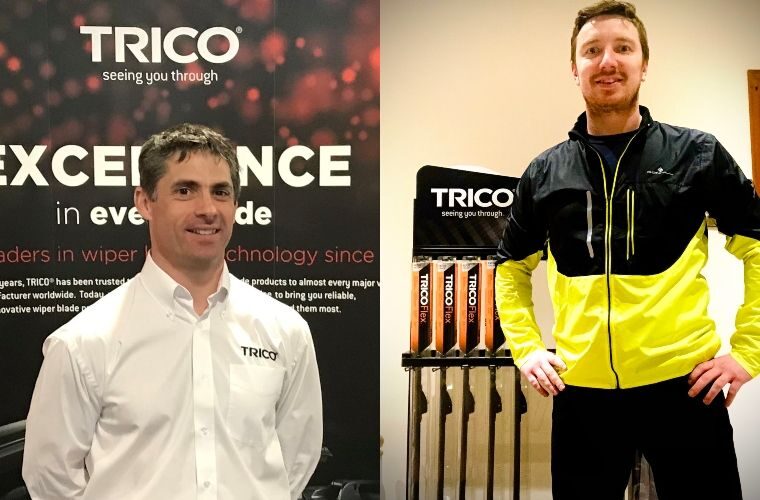 Trico’s Group Brand & Marketing Manager (Europe), Sam Robinson, said: “I didn’t realise how difficult running 5k every single day would be, and there were quite a few days where I really struggled! However, the thought of raising money for Speed Of Sight gave me that extra bit of motivation I needed on days where I didn’t want to run, as well as all of the people who said they’ll donate at the end of January when I’d actually finished it!

“A big thank you to everyone who has donated, it’s going to an incredible charity and while we’ve finished our run, David still has 11 months to go, so if you’d like to support him, please do!”

Area Sales Manager UK & Ireland, Andy Taylor, commented: “I can’t believe we actually did it! That was one of the most difficult challenges I’ve done, but it was definitely worth it! Good luck to David, who is absolutely crazy to do this for an entire year, I don’t think I’d be able to – but you never know, maybe I could next year! I just want to say thank you for the donations, they’ll really help Speed Of Sight put on some incredible events for disabled people and it means the world to them.”