The Reds have enjoyed a strong start to the season, with Darren Byfield’s charges lying in the Evo-Stik South – Premier play-off places and only three points off early pacesetters, King’s Lynn Town, but the focus has now switched to this weekend’s Emirates FA Cup Second Qualifying Round encounter against its neighbours, Stratford Town. 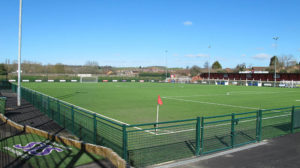 In the league, Town are yet to record a victory at the MoodChimp Stadium this season – including a goalless draw against Redditch back in August – but ran out worthy winners against Newcastle Town in the previous FA Cup qualifier.
A tough fixture lies in-store for The Reds, and Trico’s Marketing, Brand and Product Manager, Sam Robinson, is hopeful the magic of the FA Cup will carry on for a while yet:

“Everyone at Trico is wishing Darren and the players the very best of luck for this weekend’s FA Cup fixture. It’s the oldest and most historical domestic cup competition in the world, and to be associated with it is a proud moment for us.
“We’ll be cheering on the lads and hope we’ll be raising a few Trico beers as Redditch United takes its place in the hat for the next round of the draw and await who the club will be facing next.”

Redditch United Chairman, Chris Swan, added: “For football fans, the FA Cup is one of the highlights of the season, and we are confident our run in this famous competition can continue. Should we progress, I hope we can secure a home tie and ensure The Trico Stadium is rocking for what would be a memorable occasion for the club.”

Kick-off at the MoodChimp Stadium is at 3pm, and supporters can contact the club directly on 01527 67450 for information about tickets and travel.