Mr Quinlan, from Waterville in Co Kerry, suffered a major brain haemorrhage last December and remains in intensive care in a Manhattan Hospital.

His family estimates that it could cost anywhere between €250,000 and €1 million to get Mr Quinlan the treatment he needs.

A GoFundMe campaign over Christmas raised €80,000 but more funds are urgently needed.

His friends in the Kerry motorsport community are running a series of events over the coming weeks including the car show at the Brandon Car Park in Tralee on February 13.

James Quinlan, a car mechanic, was a popular member of Kerry Motor Club before he moved to New York around 17 years ago. He is said to have always been relied upon to volunteer for club events and ran his own rally cars on local rallies in the early 2000s.

Now his clubmates want to help one of their own in his time of need. 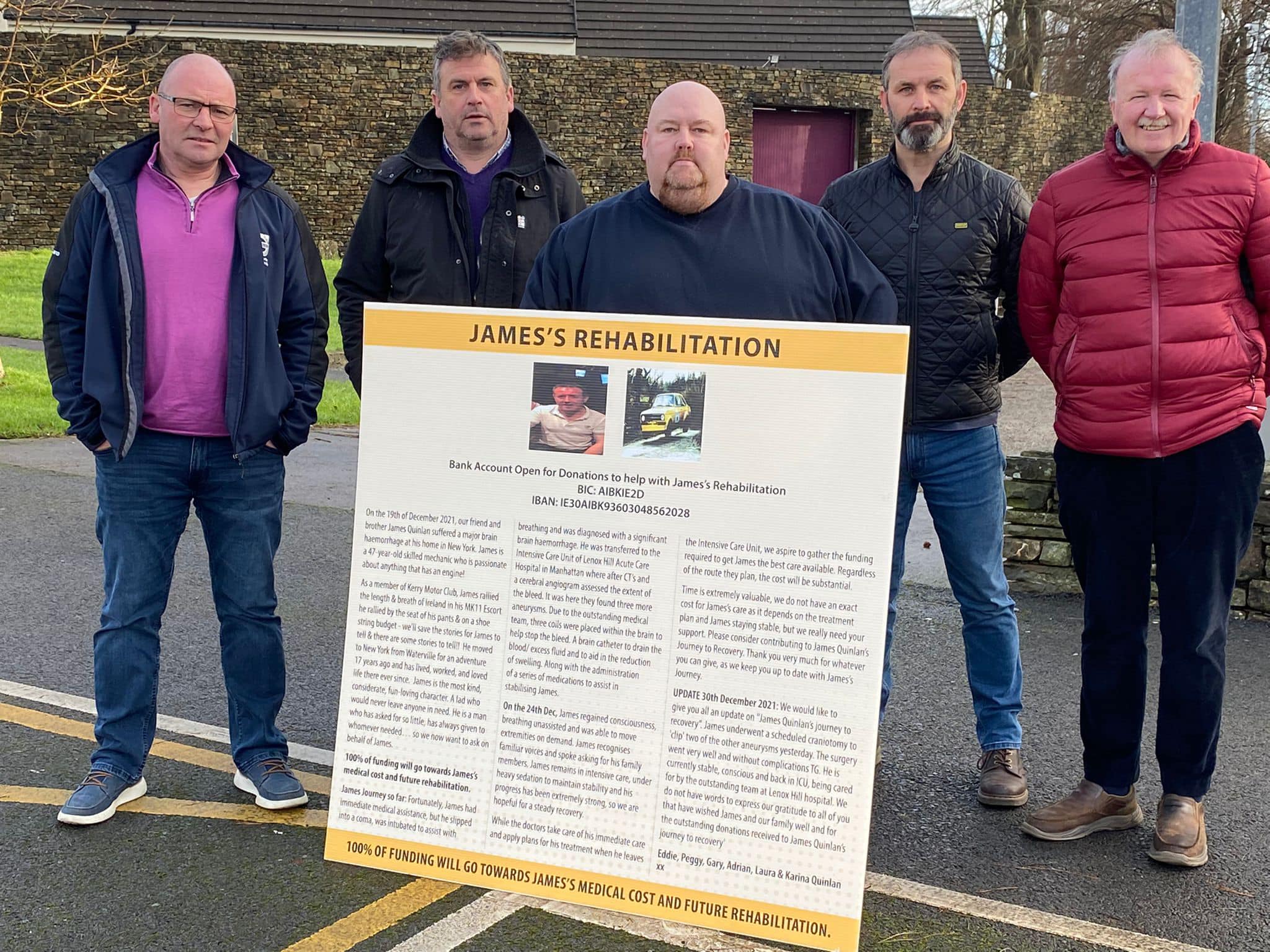 Kerry Motor Club is asking anyone who owns interesting cars, rally cars, vintage and classic cars or motorcycles, to display their machines at the event in a few weeks’ time.

Members of the public will be invited to view the cars and entry to the event will be by donation to the ‘James Quinlan Recovery Fund’.

A series of raffles and spot prizes will also be on offer throughout the day – more side events are also planned to include a 5k walk from the Brandon Car Park along the canal, to Blennerville, and back.

The classic car show will run from around mid-day on Sunday, February 13 and will take the format of a Cars’N’Coffee style event.

Owners of cars that wish to show off their pride and joy are asked to contact any member of the organising team (numbers listed below) or via a dedicated email: jamesquinlanfund@gmail.com.

Kerry Motor Club’s John Liston is a close friend of the Quinlan family.

“We are inviting anyone in Kerry or beyond who owns an interesting car to bring it along on the day, we have secured permission from Tralee Municipal Council to use the car park,” he said.

“James faces a long journey, from his current situation to full recovery and we are asking every car enthusiast to come and support us on the day because James would always be the first to support or lend a hand to these kinds of events.”