Toyota has launched its ‘Upgrade to Hybrid for Free with Finance’ campaign, which it says makes it even easier for Irish consumers to switch to hybrid. The campaign kicks off Toyota’s 182 sales drive in the run up to Showtime, the national sales event which takes place in all their dealerships from Wednesday 6th June until Saturday 9th June.

With Toyota Ireland’s claimed higher resale values on hybrids, low APR’s and trade In, trade up packages of up to €4,500, the company says that it’s never been easier for Irish drivers to make the move to hybrid.

It adds that hybrid is going from strength-to-strength with 50 per cent of Toyota’s car sales in 2018 being hybrid. A recent national iReach survey, which was commissioned by Toyota Ireland, showed that hybrid will soon be the second most popular car choice in Ireland after petrol, projected to pass out diesel in the next 12 to 24 months. Others would contest this prediction. 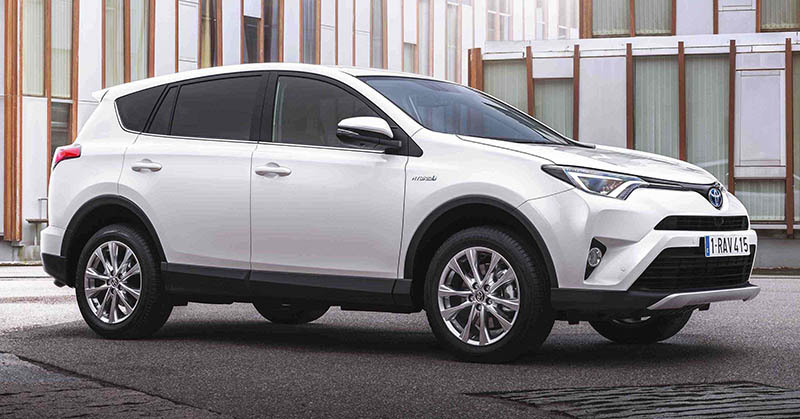 Some of the deal highlights across the Toyota range include: the RAV4 attracts a €4,500 Trade In, Trade Up package, consisting of up to €2,500 trade in booster and €2,000 price reduction on the Luna Sport Hybrid. APRs from 3.9 per cent.

The Auris comes with an upgrade to hybrid for free (no finance required) with a €3,700 trade in, trade up package consisting of up to €2,000 trade in booster and €1,700 of free specification on Auris Luna Sport Hybrid. APRs from 3.9 per cent.