Under this formal arrangement, PSA Peugeot Citroen is to supply Toyota with light commercial vehicles for sale in Europe under the Toyota brand. The Toyota ProAce will effectively be a re-badged version of the Peugeot Expert and Citroen Dispatch (plus indeed, the current Fiat Scudo) and will go on sale here about next April/May (2013). And the ProAce effectively replaces the Hiace van. 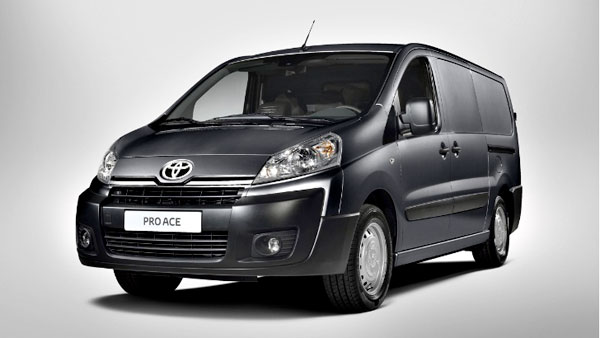 The ProAce offers a payload of up to 1,200 kg and it has a towing capacity of up to two tonnes.

Sliding side doors can be specified on both sides, and buyers will have the choice between a top-hinged tailgate and dual side-hinged rear doors. The latter will open to 270 degrees. 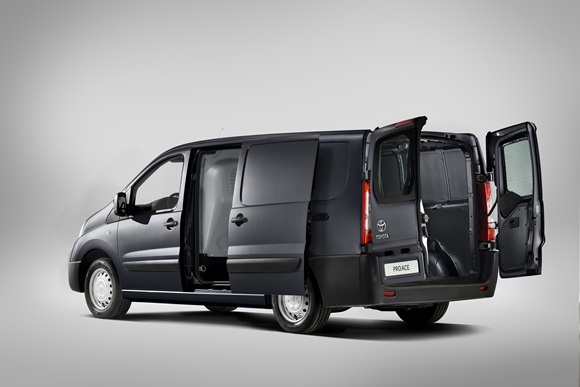 The ProAce should be available with a choice of diesel engines. One likely option is an 90 bhp 1.6-litre engine. It produces maximum power at 89 bhp/66Kw at 4,000 rpm and maximum torque of 180 Nm @ 1,500 rpm. This engine is married to a five-speed manual transmission.

Toyota has provisionally calculate that the 80-litre fuel tank can give the 2.0-litre versions of the ProAce a driving range of more than 770 miles (or 1,240 ams). That is impressive, even at ideal speeds and road conditions. 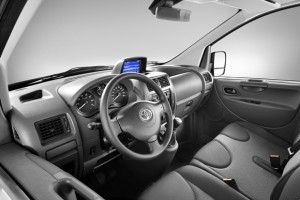 While the Irish specifications and prices have not yet been formulated, expect some of the following to be standard kit – A driver’s airbag, a two-seat passenger bench, adjustable steering wheel, electric windows, remote central door locking, a full partition between cab and loadspace. And in relation to the doors, we might see speed-sensitive auto door locking, paneled right and left sliding doors and paneled rear doors as standard too.

Besides the obvious panel van, expect the ProAce to be available as a crew cab and possible a as a passenger vehicle too.

The bigger picture for this agreement

The wider parameters of the agreement includes an extensive collaboration on the next generation light commercial vehicles which will be produced by PSA Peugeot Citroen. This first stage of this new partnership is set to last for over seven years and we suspect beyond.

While both companies say that there are no plans for the two companies to enter into share-holding agreements with each other or to have jointly owned production facilities, it remains a possibility. The recent speculation between PSA’s Peugeot Citroen automotive business and GM’s Opel and Vauxhall businesses has to be of some concern to Toyota in this regard.

Of course Toyota operates a successful joint-venture partnership with PSA Peugeot Citroën in the  small car segment. Since 2005, the Toyota Aygo, the Peugeot 107, Citroen C1 are built at the new factory by a joint-venture Toyota Peugeot Citroen Automobile Czech (TPCA) in the Czech Republic.

PSA Peugeot Citroen is a leading player in the European light commercial vehicle market, with a very good reputation. Toyota Motor Europe is to participate in the development and industrial investment costs for the next generation product.