Stephen McConnell of McConnell’s Toyota, Waterford was named Technician of the Year 2017 at Toyota Ireland’s National Technical Contest. The event which took place at Toyota HQ, saw 49 of the best motoring technicians in the Toyota Ireland network compete for the sought after award. 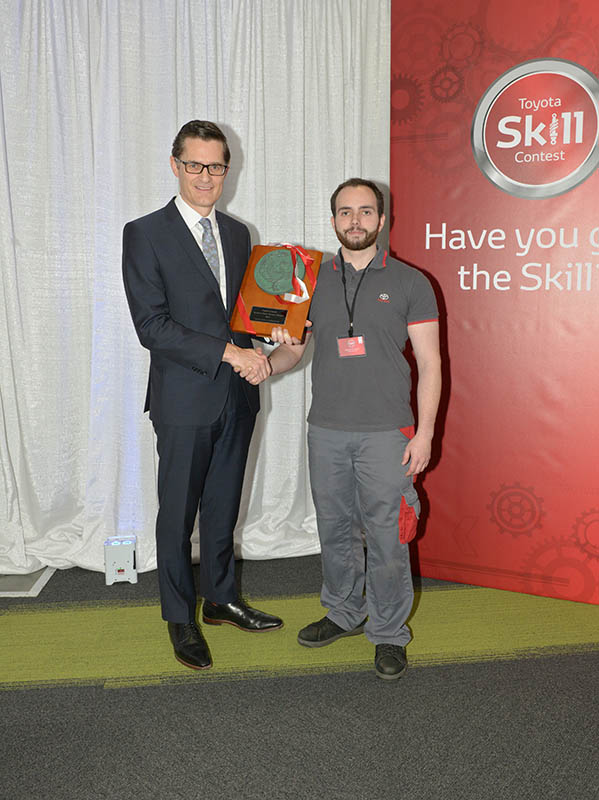 The first stage of the contest involved an online aptitude assessment and practical skills assessment. Following this, five technicians were shortlisted for the coveted title of Technician of the Year.
The final element of the contest was for each candidate to participate in a series of timed technical exercises, designed to challenge ability and test stamina while under pressure. Martin Kinsella, Pat Masterson, Michael Oporowicz, Owen Kennedy and Jayne O’Driscoll of Toyota, had the difficult task of judging the candidates on their problem-solving skills and ability.

As the overall winner, Stephen received a plaque from Toyota Motor Corporation (TMC) as well as a trip to visit the Toyota Factory in France. All contestants received an Apple iPad which used for ongoing Toyota online training.

Steve Tormey, Chief Executive of Toyota Ireland, said: “We’re delighted to be able to offer opportunities like this at Toyota Ireland for staff to showcase their skillset to the wider group. This contest requires a very high standard of work which is tested through an aptitude test followed by a series of practical examinations. To have the technicians expertise acknowledged in this way is fantastic and to be placed in the top five alone is a great achievement, a huge congratulations to Stephen McConnell on his well-deserved award.”