Use of mobile phones while driving is a big problem on Irish roads. Too many people still drive while on their phone to take a call, text, snap a selfie, update their social media channels or check an email. So, as part of Toyota Ireland’s brand promise of being ‘Built for a Better World’, it developed the Face It Down app with the aim of changing driver behavior and improving road safety for everyone.

Launched in July of this year, the free “Face It Down” app for iPhone and Android has seen unprecedented success, with 40,000 downloads and 8,000,000 KM’s driven using the app to date. The app rewards drivers of any make or model who use it and put their phone face down when driving. Points will be earned for every kilometre driven without picking up the phone and can be redeemed with partners FBD Insurance and Topaz Re Store. If the user turns over the phone while driving, all the points accumulated will be lost. 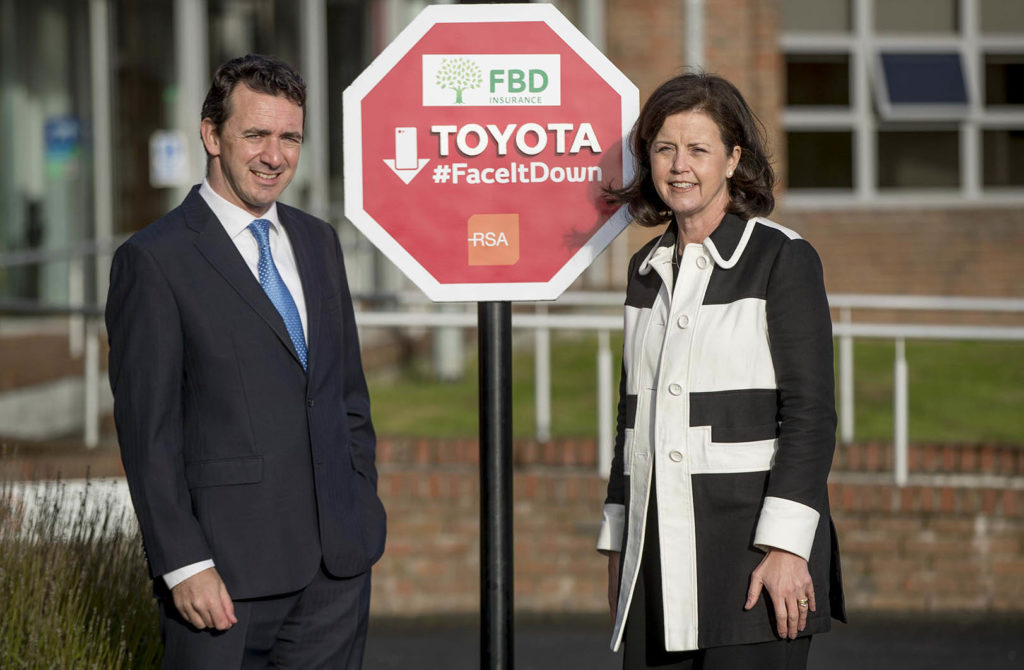 The newly announced partnership sees FBD Insurance as the insurance partner for Face It Down. Drivers who collect 1,500 points via the app will be rewarded with €50 off a car insurance policy with FBD Insurance. Drivers can redeem the offer by calling FBD Insurance or dropping in to their local branch with the unique Face It Down code which is received directly through the app.

Commenting on the launch of the partnership, Fiona Muldoon, Chief Executive Officer of FBD Insurance plc said: “FBD Insurance believes that good driving should be rewarded. Toyota Ireland’s new app encourages all drivers to consider their driving habits and create safer roads for everyone. FBD is delighted to work with Toyota Ireland to reward good driving behaviour through lower insurance prices for both existing and new customers. As Ireland’s only indigenous motor insurer, FBD has been protecting Irish drivers for 50 years and is committed to promoting safe driving on Irish roads.”

Commenting on the announcement of the partnership, Steve Tormey, Chief Executive at Toyota Ireland said, “We at Toyota are delighted with the success of the app to date and offering a further incentive to drivers to Face it Down provides the opportunity to save even more lives on Irish roads. We are delighted to partner with a great Irish company such as FBD Insurance while remaining true to our brand promise, “Built for a Better World”, and will continue to invest in making lives better for people in Ireland.”