In an effort to promote safer driving on Ireland’s roads, Toyota Ireland and the RSA have today launched the National FaceItDown Awareness Week (April 23– 27t), which aims to remind people to put their phones face down while driving.Research shows that when using a hand-held mobile phone while driving, you’re four times more likely to crash than someone who is not using a hand-held phone. To reward those that place their phone down, anyone who downloads and uses the Toyota FaceItDown app while driving, can collect points via the app which they can redeem against rewards such as free hot drinks from Topaz ReStore and €50 off car insurance from FBD. Toyota Ireland, in partnership with the RSA, launched the app last year and so far more than 12 million kilometers have been driven in Ireland using the app.In the nine months that the Toyota FaceItDown app has been available:

As part of Toyota Ireland’s brand promise, ‘Built for a Better World’, the app was developed with the aim of changing driver behavior and improving road safety for everyone in Ireland. The user launches the Toyota FaceItDown app before setting off on a journey and simply puts their phone face down. Points are earned for every kilometre driven without picking up the phone. If the user picks up the phone while driving, all the points accumulated will be lost. 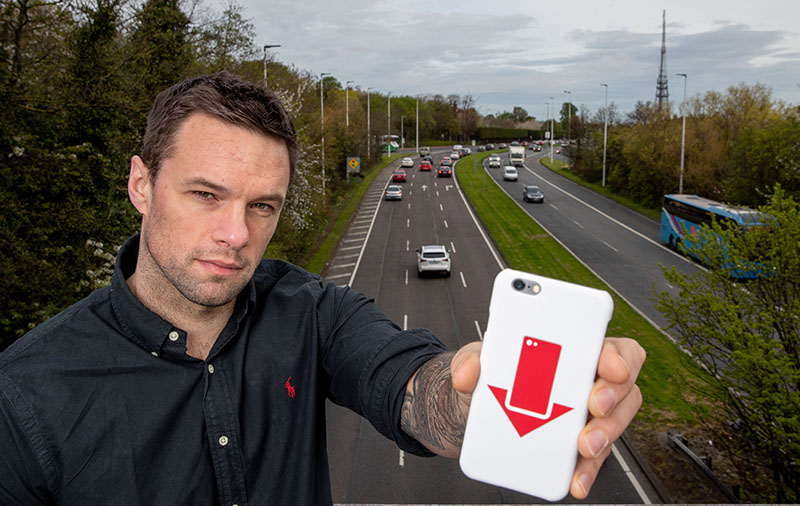 Points earned can be redeemed against a complimentary hot drink for every 350 KM’s travelled at 159 participating Topaz ReStore across Ireland. 250 bonus points will be awarded for a user’s first successful journey with bonus points also given at milestones. Users can also use their points to get €50 off car insurance from FBD Insurance.

Steve Tormey, Chief Executive of Toyota Ireland said: “Since launching our Built for a Better World brand platform it has been Toyota Ireland’s mission to help make life better in Ireland. We are extremely proud of what the Toyota FaceItDown app has achieved in drawing more attention to road safety and the dangers of distractions while driving. We are encouraging people to get on board with National FaceItDown Awareness Week from April 23rd and do just that, FaceItDown”.
Moyagh Murdock, Chief Executive, Road Safety Authority added: “We want the road to be a safe place for everyone. According to our 2016 observational study of mobile phone use, which observed over 14,000 drivers, a total of 6% of drivers were observed using a phone while driving. Driving a car demands your full attention so you can observe and listen out for hazards and operate the vehicle safely. You simply cannot do this if you are distracted while using your phone.  Taking your eyes of the road for just a split second can have catastrophic consequences. We encourage people to use the Toyota FaceItDown app. It is a way of doing the right thing and getting rewarded for it. That’s why the RSA is hugely supportive of the work Toyota and the FaceItDown campaign has done to make a difference to road safety.”