A new lender, Toyota Financial Services (Ireland) has entered the car finance market with an expectation of writing €70 million worth of business in its first year and creating 25 new jobs to service the demand.

TFS has some €160 billion in assets under management throughout the world and this is the first time it has entered into such an agreement with a national distributor. 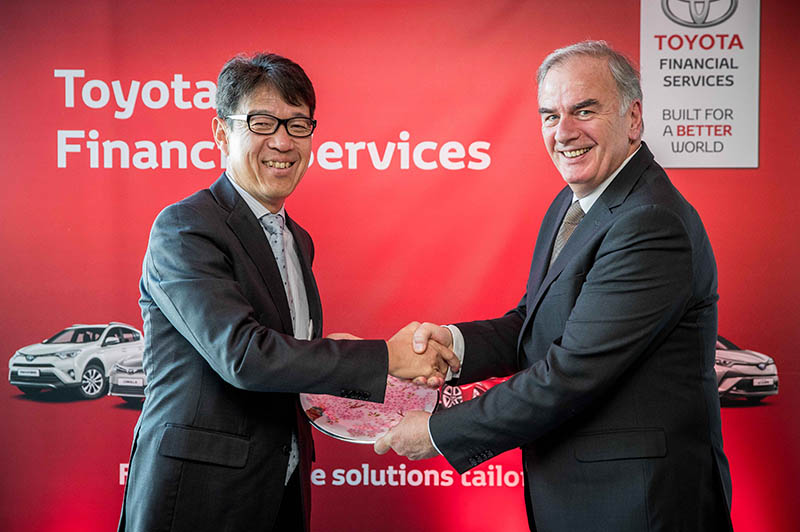 Steve Tormey, Chief Executive, Toyota Ireland said: “We predict TFS(I) will have a significant impact on the Irish motor market and we would expect to write somewhere in the region of 4,000 new and used contracts in the coming 12 months with a total value in excess of €70 Million.”

“The TFS offering, which will be available from Toyota and Lexus dealerships throughout the country, will be highly competitive, with PCP rates starting at 2.9 per cent and averaging 3.9 per cent. For the first time our team, led by François Radot, will be totally dedicated to Toyota and Lexus vehicles, developing bespoke products for our vehicles.”

“A critical element in this mix will be our ability to provide finance for the rapidly growing Hybrid sector which has seen major growth in the January market with 48 per cent of Toyota’s sales (4,393) being hybrid. This is truly remarkable growth and a clear indicator that Hybrid technology is seen by the public as a vital stepping stone in their journey towards electrification at some time in the future.”

Toyota Ireland is 100 per cent Irish owned and has been, over the past 45 years, the distributor for Toyota and Lexus vehicles, Toyota Commercial vehicles and Toyota Forklifts in Ireland. In that time it has achieved, and regularly retained, the Number 1 spot in the Irish motor market and continues to be one of the most innovative operators in the Irish motor industry.