Toyota Ireland’s chief executive Steve Tormey has outlined his power train mix predictions for 2018, and all told the future picture for diesel is a very negative one indeed, while it’s very positive for Hybrid. 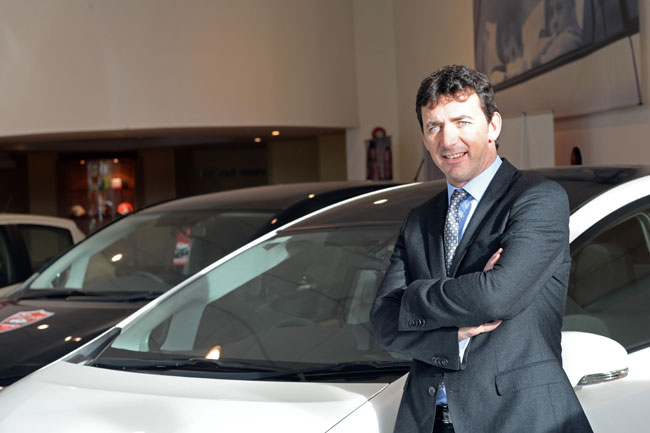 Considering that new diesel car sales account for 70.06 per cent of the market in 2016, and fell to 65.23 per cent last year, it seems a stretch to forecast that this will fall to 45 per cent this year.

He also says that this trend is similar across Europe, where diesel sales are collapsing. In Germany the diesel share now only accounts for 38.8 per cent of sales, down from 45,9 per cent a year ago. In the same period, petrol cars’ share was 57.7 per cent, up from 52.1 per cent.

Demand for diesel cars in the UK dropped 17 per cent, with a swing back to petrol models. Mr. Tormey believes that this is a concern for the Irish market as it may become a dumping ground for unwanted UK diesel cars, so depressing the resale value of diesel cars in Ireland even further.

British motorists bought 119,000 hybrid and fully electric vehicles in 2017, or 4.7 percent of total sales. And despite the fall in new diesel car sales, it is strange that last year saw the first annual increase in carbon emissions since records began in 1997.

Consistently in Ireland’s top two selling car brands over the past decade, Mr. Tormey claims that Toyota’s sales serve as a trend barometer to predict where the Irish market is going proportionally.

Commenting on the year gone by and his 2018 forecast, he said; “The demise of diesel is very plain to see, but our feeling is that the Irish market will move out of diesel far quicker than the industry would like, or believe”.

He adds that: “In our planning for 2018, we’d predicted our hybrid mix of total passenger car sales to grow from 30 per cent to 45 per cent. However the demand coming into 2018 is more like 55 per cent hybrid. Our Diesel demand coming into 2018 is down from a 38 per cent mix to 18 per cent, which we had predicted, as Irish consumers look to protect their future resale value and the environment from a health point view.

Looking further ahead, it’s our prediction that hybrid will go from strength to strength, doubling in volume in 2018, again in 2019 and possibly 2020 to make up close to 25 per cent of the total passenger car market. However this prediction is very much dependent on the government’s continued recognition of the importance of Hybrid as an obvious stepping stone to pure EV’s, which will not be a mass consumer option until 2022 and beyond ”

To balance Mr. Tormey’s comments, it has to be pointed out that Toyota is the market leader in hybrid car sales and it has been promoting hybrid sales very strongly, particularly in the last couple of years.

The UK plans to end new diesel and petrol car sales by 2040 and our Government has an even more ambitious target of 2030. And against this backdrop and while the evidence is clear that diesel has been the dirtier of the auto engine fuels, billions of euros have been invested in recent years on diesel and petrol technologies. This has been to try to clean up these technologies and extend their competitive sales life v hybrids, electric and even hydrogens alternatives.

Today, practically all new diesel cars adhere to Euro 6 standards, and major diesel car selling manufacturers are pushing their latest models with scrappage offers such as Audi and Mercedes-Benz (to mention just two) have had.

They are helping remove more dirty EU1, 2 or 3 standard, cars off the road, having them recycled in an environmentally compatible way, in compliance with legal requirements.
Those are the ecological arguments but in reality the fact that diesel is cheaper than petrol at the pumps and in the vast majority of instances returns higher miles per gallon are two key economic arguments for staying with diesel.

Probably the biggest incentive for businesses and fleets to stay with diesel for now, is that VAT is reclaimable on auto diesel by those that are VAT registered. The word from the corridors of power is that this particular playing field may be levelled in the next budget. We will wait and see how that goes.