One of Topaz’s flagship service stations, the motorway site at Cashel, in Co. Tipperary, has won a major forecourt award for fresh food.

The Cashel site, which is located at Junction 8 on the M8, beat off stiff competition from 36 other competitors from all over the country to claim the 2012 Checkout Best in Fresh Award for a forecourt store. The awards are in their seventh year and are hosted by Checkout  Magazine. 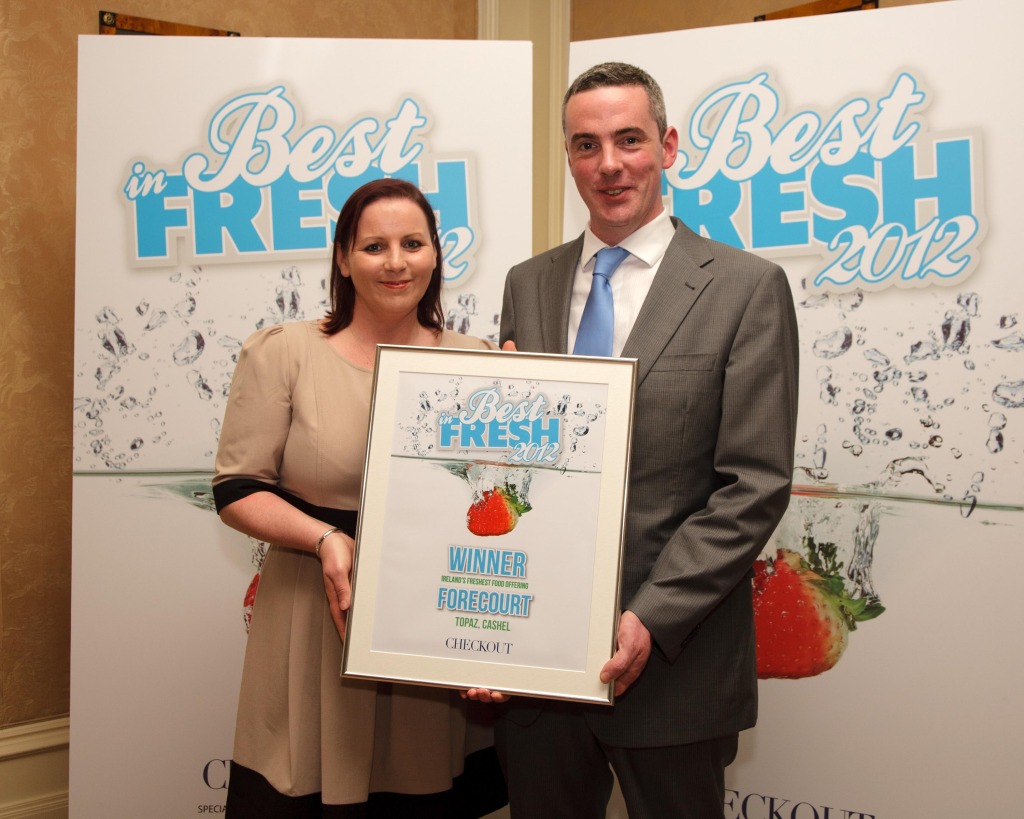 At the award ceremony which was held recently at the Four Seasons Hotel in Dublin the Judges were full of praise for the site and its staff: “It’s one of the busiest stop offs between Dublin and Cork, yet Topaz Cashel manages to maintain a really comprehensive fresh deli and sandwich offer all day long. A site that has become more of a destination than a petrol stop.”

Paul Candon, Marketing and Corporate Services Director at Topaz, said the award recognised the excellence of the fresh food offering at Cashel.

“Our aim when we built Cashel was to provide a very comfortable location with the best food and facilities possible – in short a destination stop. The fact that the judges recognised this when evaluating the station is the most pleasing aspect of all. Our fresh food offering is a key part of the overall ‘Cashel Package’ and we are delighted that our attention to sourcing and preparing top quality food has been recognised with this  award.

This is Cashel’s third major award in 18 months and the Manager at Cashel, Noel Darcy and his staff deserve great credit” Candon said.

Services on offer at the site include a hot food buffet and café, children’s play area, wi-fi internet access, toilets and showers. The site also has a McDonald’s restaurant, which is also a first motorway location for that company.