Toll charges on almost all toll roads around Ireland are to increase to their “maximum level” from 1st January, 2023.

There are 10 toll roads on the national road network. Eight are operated under a Public Private Partnership (PPP) model, while two – the M50 and Dublin Port Tunnel – are operated directly on behalf of Transport Infrastructure Ireland (TII).

TII said the decision to hike prices was “driven by the current rate of inflation”, citing that the Consumer Price Index (CPI) increased by 8.6 per cent between August 2021 and August 2022. Tolls cannot be increased beyond this rate. 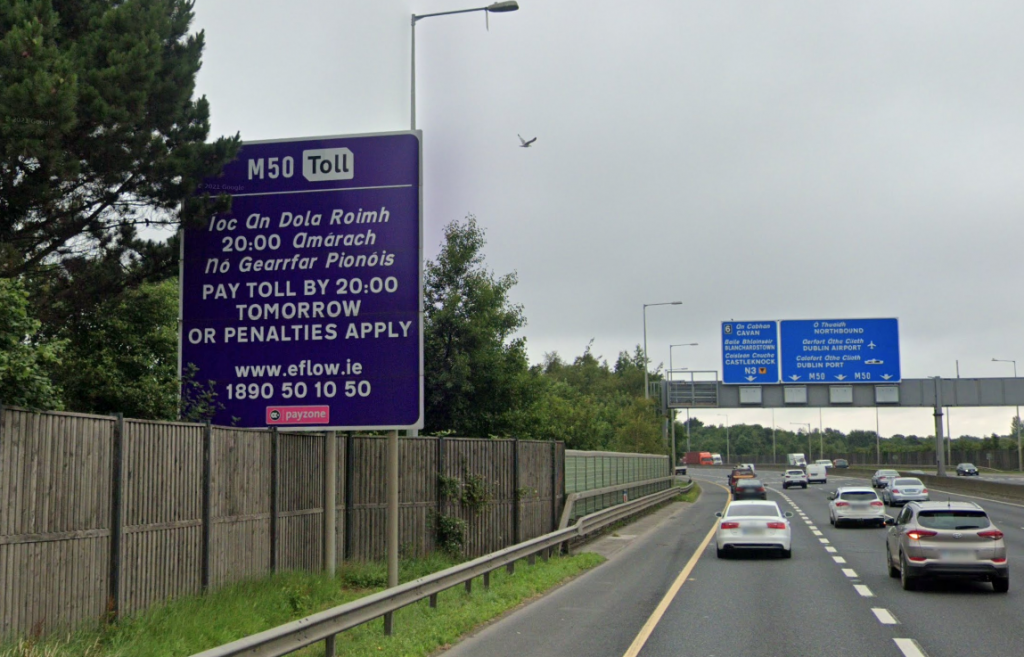 Toll prices for car and bus journeys on the M50 will increase by either 20 cent or 30 cent depending on the payment method.

The price for goods vehicles using the M50 will also rise by between 20 cent and 60 cent per journey, depending on the size of the vehicle and the payment method.

The Dublin Port Tunnel is the only route that will not be affected by price increases, remaining at €10 during peak hours and €3 for all other times. HGVs will continue to travel toll-free through the port tunnel.

Transport Infrastructure Ireland said revenue is used for purposes including motorway maintenance, toll collection and operations, and for the maintenance of the wider national road network.