The Parts for Cars sponsored PFCRX and double FIA European Rallycross Touring Car Champion Derek Tohill qualified for the semi-finals in the ultra-competitive Euro RX Supercar category for the fifth consecutive time in 2017, at the season finale in Latvia (September 17).

The result, combined with a season of solid pace and consistently strong finishes, netted the reigning Irish Rallycross Champions seventh overall in the series, the best result ever for the team in the Euro RX Supercar Championship. 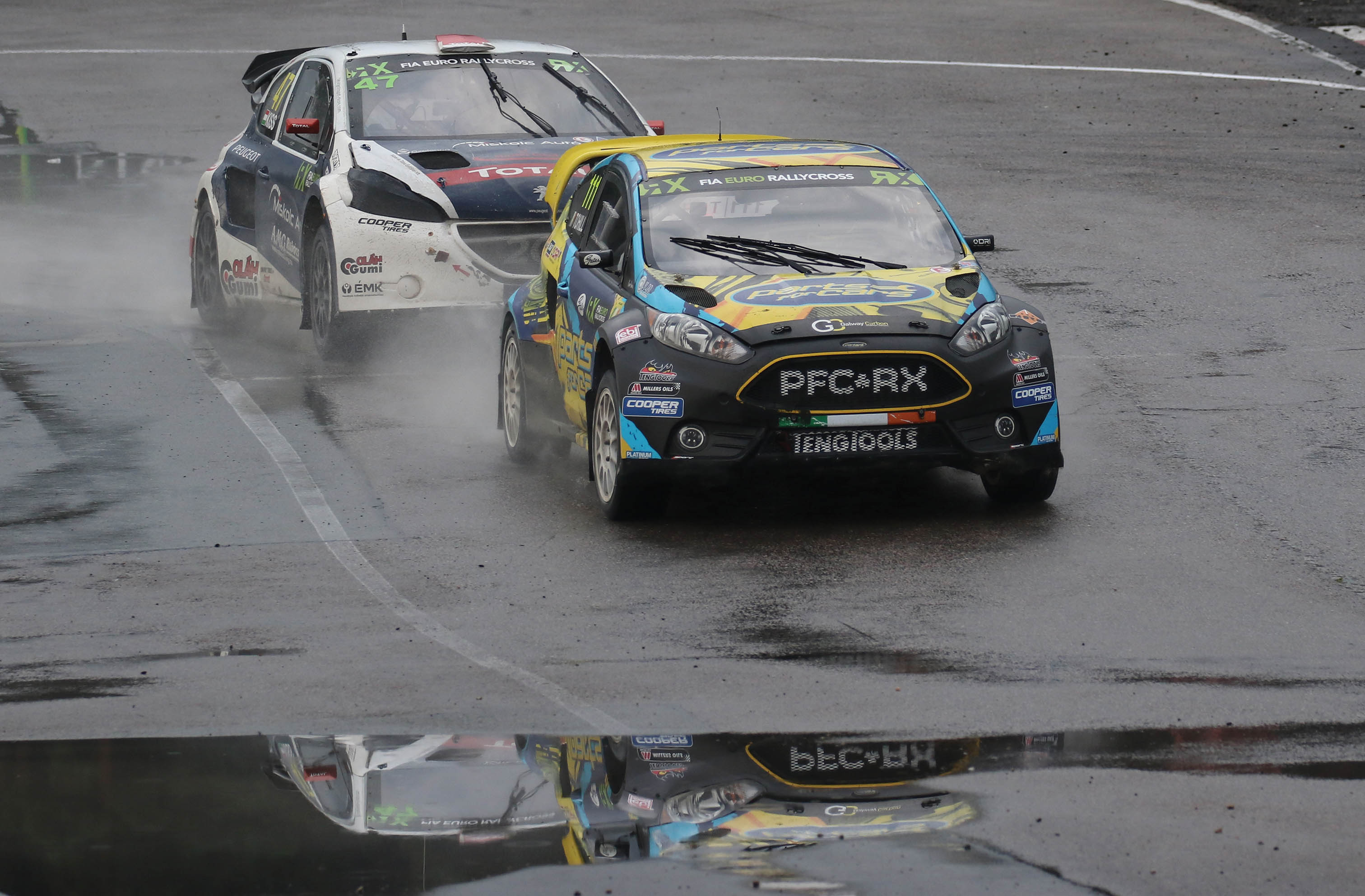 Having made the final (top six drivers) in two of the previous four rounds, in Spain and France, the team produced its strongest performance of the year at the circuit on the outskirts of Latvia’s capital city, Riga. Despite constantly changing wet and dry conditions, the Tohill ended the first day seventh overall, and finished a best-ever fourth in Q3 on Sunday morning, in challenging conditions for the 28-car field.

Making it into semi-final two, Tohill ran second in the opening stages and looked set for a second-row start in the final, until a suspension component broke on landing over the circuit’s biggest jump. Losing control of the OlsbergsMSE-built 600 horsepower Ford Fiesta Supercar, Tohill hit an Armco barrier, causing significant damage to the car and forcing retirement.

Racing in front of a sell-out crowd, the team benefited from a number of recent developments to the Fiesta’s suspension and brakes, along with knowledge gained from an in-season test at the venue.

PFCRX plans to continue development into the winter period, including competing in the final two rounds of the Irish Rallycross Championship, in a bid to continue its progression up the order with the Fiesta Supercar in the European Championship in 2018.