Three times Irish Rallycross champion Derek Tohill maintained his unbeaten record at home this year, with his Parts for Cars Fiesta taking top place in both the Supercar Final and the day’s main race, the Super Final, at Mondello Park. 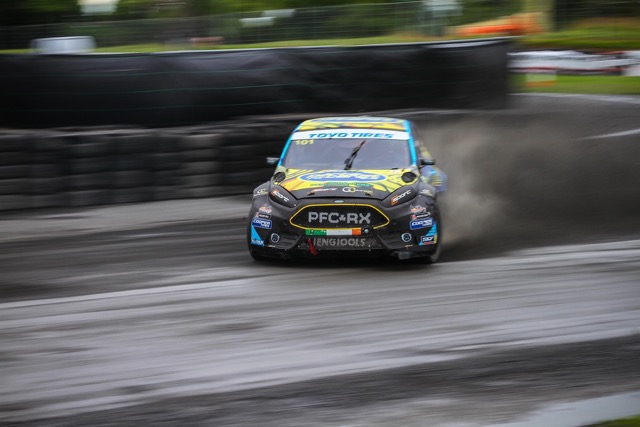 The Dubliner seized the lead at the start of both races and finished well clear each time of Noel Greene’s Mitsubishi Mirage. Third place in the Supercar Final went to Wexford’s Darragh Morris, but a great drive by Modified Final winner Peter McGarry in the Super Final saw his two wheel drive Vauxhall VX220 snatch the final podium place from another four wheel drive Supercar on the last lap.

Cavan rally pair win out in dramatic in Cork

This dropped them from the lead to tenth place, but they set about a great recovery on the remaining tests, starting the final stage five seconds behind Richie Moore and John McGrath from Wexford and beating their rivals by 6.5s to take victory by 1.5 seconds.