Irish rallycross star Derek Tohill got his 2018 FIA European Rallycross Championship campaign off to a solid start in the opening round of the series at Barcelona in Spain (April 15).

Driving the Parts for Cars sponsored PFCRX team’s Ford Fiesta Supercar at the venue made famous for hosting Formula 1 and Moto GP, Tohill battled torrentially wet conditions and a low grip circuit on day one before having to radically change the setup of the 600 horsepower four-wheel drive Supercar for Sunday’s action, with drying track conditions.

The opening day required finesse and experience in order even remain on track, such was the slippery nature of the conditions, but two-time FIA European Rallycross TouringCar Champion Tohill kept his head, even when contact from other cars damaged the Fiesta’s suspension, to set 13th then 11thfastest times in the opening qualifying races and be 11th at the end of day one. 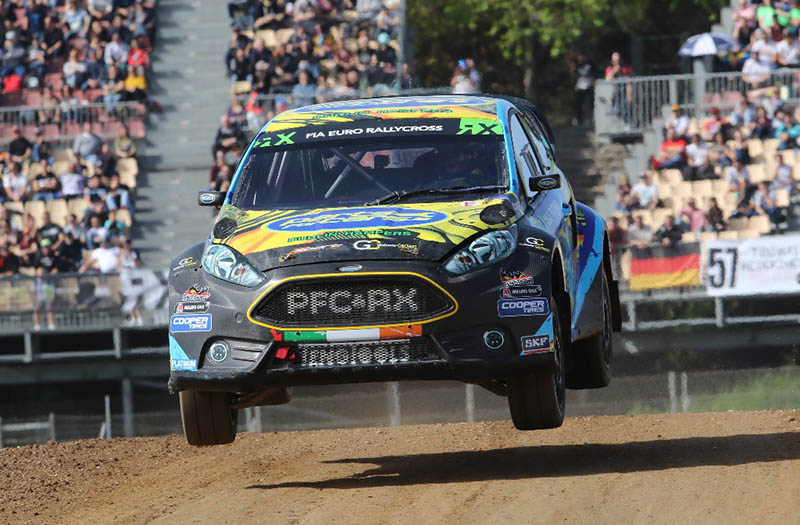 Further overnight rain then meant that despite track conditions improving throughout the day on Sunday, not starting in the final races of each qualifying run meant those on track after Irish Rallycross Champion Tohill were able to set faster times.

Held up by slower cars, the C-Sport-run Fiesta driver made the best of the circumstances to set 12th and then ninth fastest times in Q3 and Q4, and earn a place in the semi-finals.

Classified ninth in the overall standings, Tohill will enter the next round of the five-event series in Belgium next month ninth in the Drivers’ table.

Before that, the team returns to Ireland to compete in the second round of the Irish Rallycross Championship at Mondello Park this weekend (April 22).