Multiple European and Irish Rallycross Champion Derek Tohill and the Parts4Cars sponsored PFCRX team equalled their best-ever finish in the FIA European Rallycross Championship for Supercar at Loheac in France, finishing fifth overall in a 35-strong field, in front of 75,000 spectators (September 3).

The team’s event got off to a difficult start that resulted in limited Free Practice running, but Tohill won his opening two races of the weekend at the wheel of the Olsbergs MSE-built Ford Fiesta Supercar. Thanks to consistently strong times on the opening day of competition on Saturday, held in hot dry conditions, Tohill lay fifth overall after Q3. 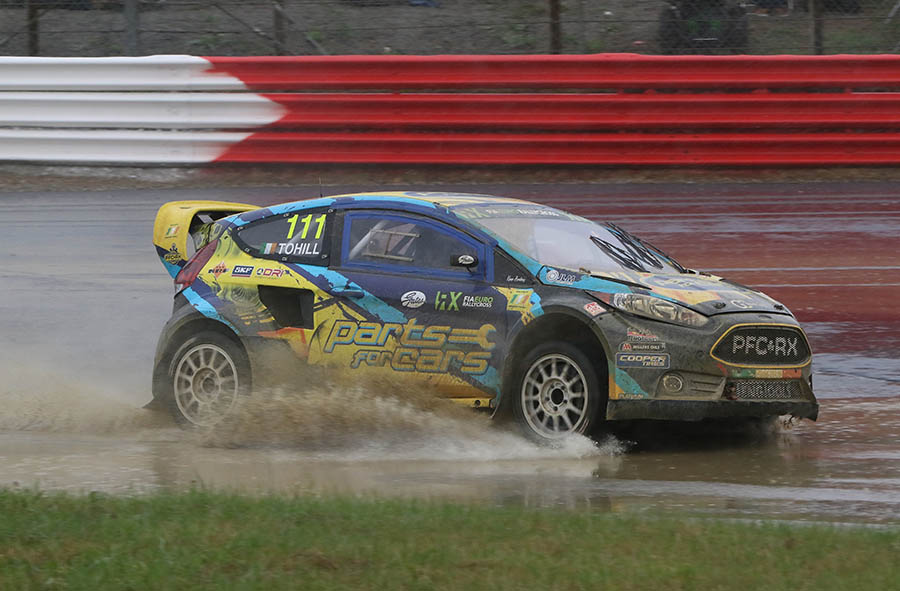 Day two brought a heavy downfall, but with substantial experience of competing in wet conditions, the PFCRX squad qualified seventh in the Intermediate Classification to maintain a 100% semi-final qualifying record in Euro RX this season.

Starting from the middle of the grid for semi-final one, Tohill made a good start and finished the race in third, despite struggling with understeer in the 600 horsepower four-wheel drive car, to make it into the final for the second occasion in 2017.

The wet conditions and resulting standing water didn’t improve by the time the six-lap final began, and despite challenging championship leader Anton Marklund during the race, the squad settled for bringing the car home in a strong fifth position, equalling the previous best result scored in Barcelona, back in April.

The points haul moves Tohill up to seventh in the standings, with the final round of the series set to take place in Latvia in two weeks’ time. The PFCRX team has already been testing at the Riga circuit this season and for the Latvian event the Fiesta Supercar is expected to have upgrades to the braking system and suspension ahead of a winter of continued development and preparation for 2018.