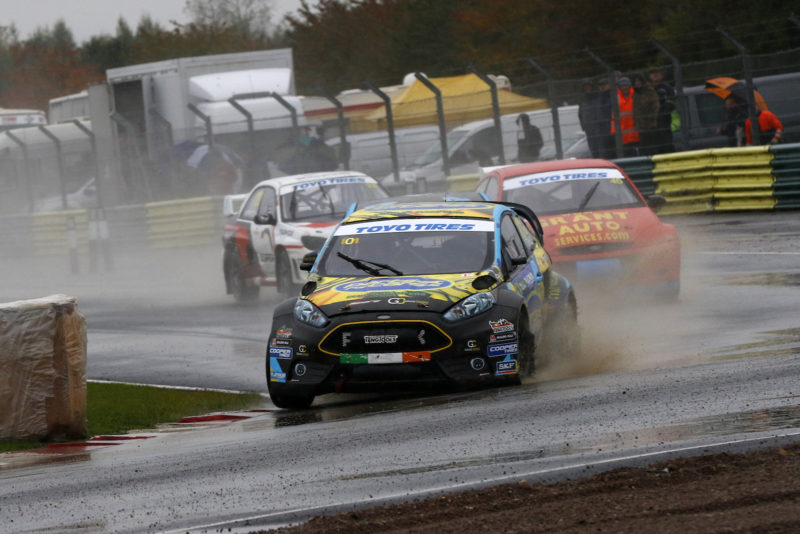 Having undertaken a battle with five-time British RX Champion Julian Godfrey throughout the season, with three wins for each driver heading into the final two rounds in a busy doubleheader weekend at Croft, Tohill’s chances of winning his first British crown, to add to his two European titles and triple Irish Championships was handed a blow in round seven on Saturday, October 26.

In difficult wet and muddy conditions, Tohill and the PFCRX team had to learn a new circuit to team and car, but also overcome technical issues, first with a freak starter-motor problem in practice, then an equally unusual clutch issue in Q1 that forced the team to miss Q2.

Hard work by the squad got Tohill back on track, and in the all-important final, a brilliant start lifted the Irishman to second on track after the opening corners. But, following race leader Godfrey across the loose section, the Olsbergs MSE-built, C-Sport run Ford Fiesta’s windscreen was filled with mud, Tohill ran wide and lost a position to Tony Bardy behind.

With the windscreen wipers proving ineffective, with what was later found out to be a broken windscreen washer pipe, Tohill was forced to drop off the back from the battle for the lead to make sure he got to the end of the race with at least some visibility.

By finishing third with Godfrey winning, Tohill knew only a win would do in a bid to win the title in the season finale on Sunday. But, having never driven the Croft circuit in the dry, it was a day of learning for the team and Tohill lined up second on the grid for the final.

In the very last race of the year, the Irishman made a brilliant start to beat Godfrey into the first corner and lead the race from start to finish to take his fourth win from eight British RX starts in 2019, despite limited circuit knowledge compared to the rest of the Supercar field.

Against the odds, Tohill had almost stolen the crown from the British RX regulars, but by finishing second in the last round, it was Godfrey who took the title by just two points. 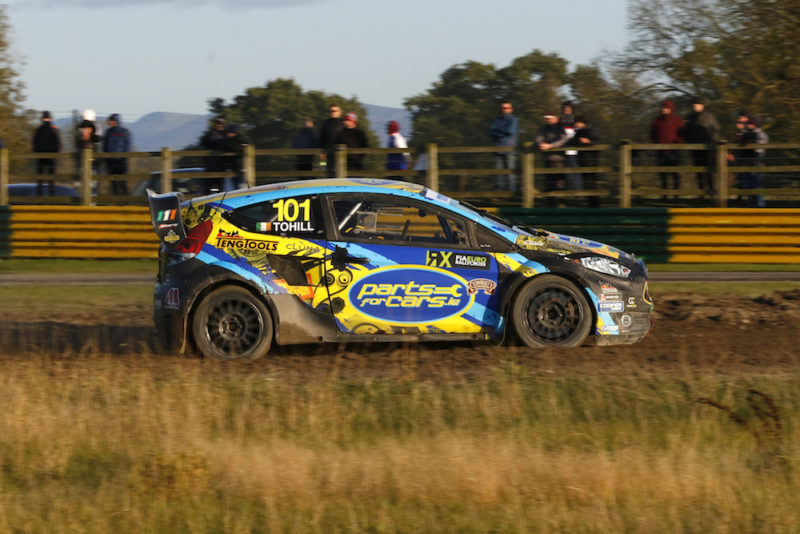 Derek Tohill said: “What a weekend. We were very disappointed on Saturday because we had the pace to win the final, but I just couldn’t get close in the mud. I was almost forced to stop the visibility was that bad. After we’d got to grips with the dry track on Sunday and changed Molly’s (the Fiesta Supercar) setup, we were flying in the final. The car was really good, we got a great launch it was really enjoyable to drive. We were pulling gears for days and it felt good – Croft is a fantastic circuit to drive, it’s really fast and really enjoyable.

“It was just a shame there wasn’t another car between myself and Julian. But look, it was very close and I have to hand it to him – he didn’t make many mistakes, so congratulations to him on the championship.”