In a dramatic finish, Derek Tohill clinched his fourth PartsforCars National Rallycross Championship in a row, by winning four major races in one day at Mondello Park, despite having to limp to the final victory with a broken prop shaft on his Fiesta. 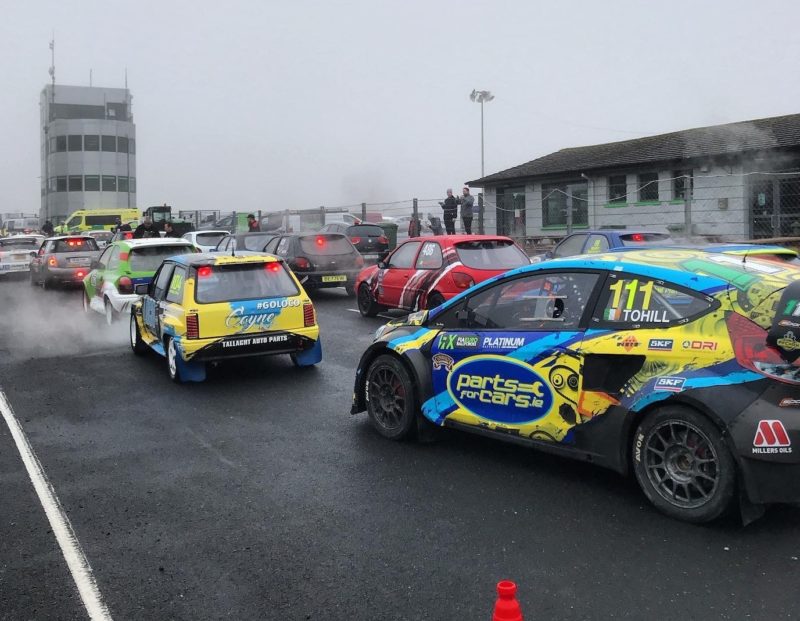 Tohill once again dominated the day, which included semi-finals and finals held over from the opening round of the series back in March when a snowstorm forced the curtailment of the usual programme. Earlier efforts to clear this backlog didn’t work out, so they were run before yesterday’s final round.

The Dubliner’s regular challenger Noel Greene in his Mitsubishi Mirage still had a chance to take his first title if Tohill had problems, and with just two laps left in the last race of the day, the Super Final, the Fiesta slowed and held Greene at bay by a mere six tenths of a second, with Gavin O’Connell bringing his two wheel drive Fiesta home in third position, close behind the pair of four wheel drive Supercars.