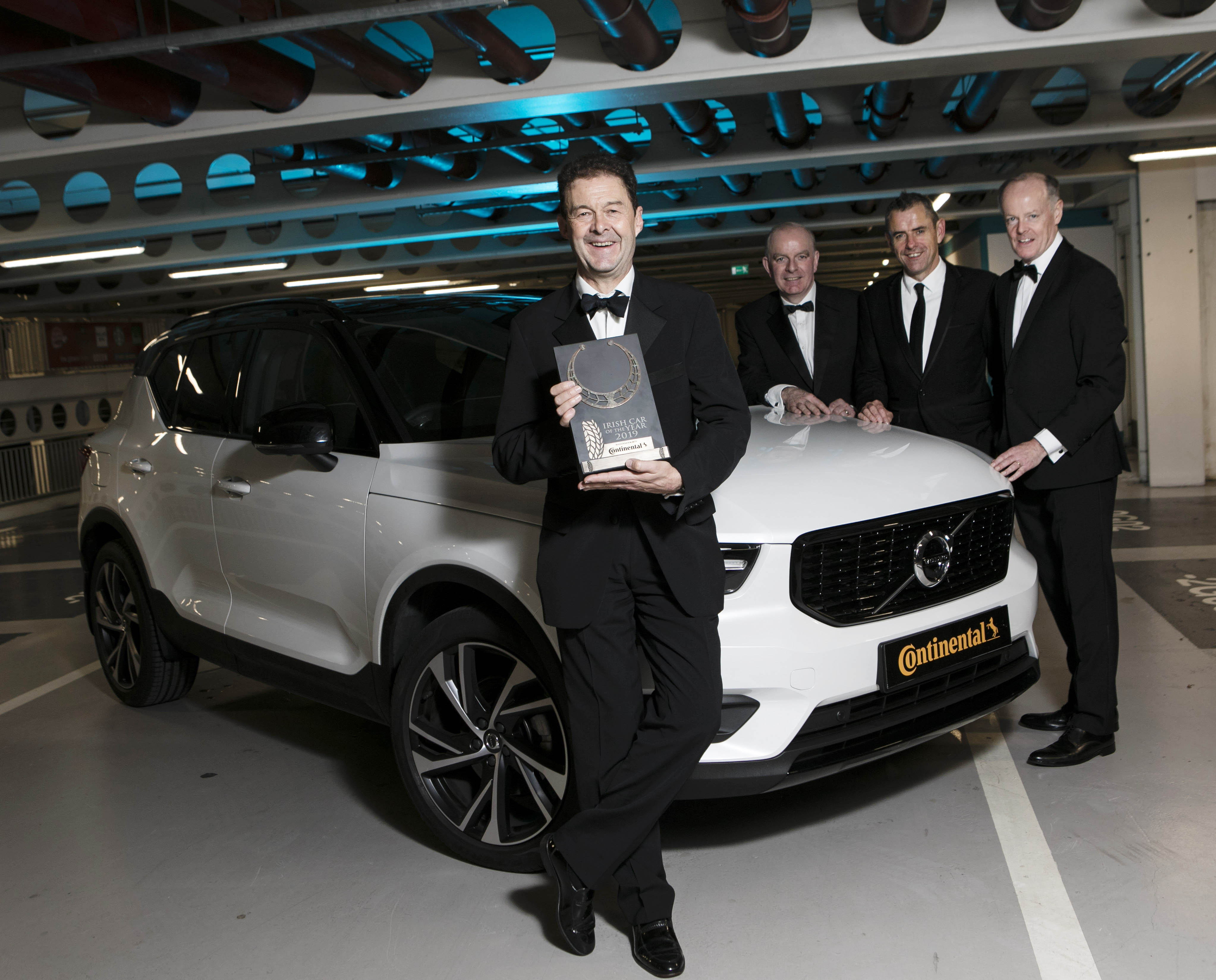 The Irish Car of the Year Awards in association with Continental Tyres, took place on November 8, at the Gibson Hotel, Dublin.

The Volvo took the top award with its XC40 model which was also named as Irish Compact Crossover of the Year category winner.

ICOTY Committee member Bob Flavin said: “Congratulations to the Volvo XC40 for winning through from a field of some 48 new models launched this year on the Irish market.”

ICOTY Committee member Mark Gallivan said: “What a wonderful array of cars we had in this year’s competition, it was a very tight race and the XC40 is a very worthy winner.”

Apart from the Innovation category award winner, the nine other category winners were all in the running for the top honour with the judging panel of some 33 journalists electing the Volvo XC40 by a very slim margin. The 2018 Irish Car of the Year award was won by the Peugeot 3008.

The Mercedes Benz Sprinter was voted as Irish Van of the Year 2019.

Padraic Deane is a member of the nine member Irish Van of the Year jury.