The new Taoiseach Micheál Martin named his cabinet last Saturday. Here are some of the names and portfolios that may concern the wider auto and transport industries. 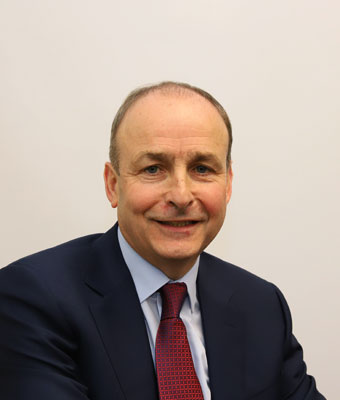 Former Taoiseach Leo Varadkar is charged with getting employment levels back to where they were before the Covid-19 lockdown. As the new Tánaiste and Minister for Enterprise, Trade and Employment, he has a tough number. However. the Government plans to borrow more for the next three years to drive the economy, so let’s make sure the auto industry gets the appropriate stimuli, to get everything back on track. 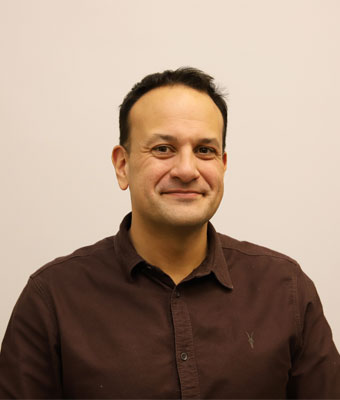 The new Tánaiste and Minister for Enterprise, Trade and Employment, Leo Varadkar.

The money men are Michael McGrath (FF) as the new Minister for Public Expenditure and Reform with Paschal Donohoe (FG) remains as Minister for Finance. This pair are experienced and know what has to be done, doing it will be the hard job.

Eamon Ryan (Greens) will be the Minister for Climate Action, Communication Networks and Transport. This is the man that the auto industry is worried about. Most think that he wants to drive the sale of bicycles and running/walking shoes, and I believe that is true. However, he is back in the big boys club again and his experience from previously and the need for someone to put the green agenda front and centre, makes him a key man. I expect that he will surprise us all positively. Let’s face it, he can’t come up with any more unrealistic target dates for getting rid of fossil fuelled cars than the previous Government came up with. 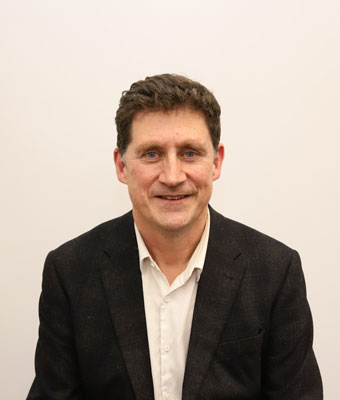 The formally beleaguered Simon Harris (FG) saved himself with a reasonably good performance in the Covid-19 lockdown and he escapes from the health portfolio for a new role. He will be Minister for Higher Education, Innovation and Research, and one thing, the auto industry needs to get the important issue of apprentices on to his desk.

Hildegarde Naughton (FG) will be a Minister of State at the Department of Climate Action Communication Networks & Transport attending Cabinet without a vote. Her title is actually Minister for International Travel & Logistics. She may be seen as the half anchor that slows Eamon Ryan’s limit and slow the impact on the likes of transport, road planning, and generally the carbon tax area.

And least we forget, health concerns us all – Stephen Donnelly (FF) is the new Minister for Health, and if he can fix our health service, he will get my admiration. With Covid-19 still the key issue along with the recovery of the economy, he should have the resources at his disposal. Unfortunately, throwing money at it hasn’t worked previously, except for putting a lot of money in the pockets of hundreds of people with titles.

As of April 2020, there were 19 Ministers of State (junior ministers). There have been reports that there will be up to 20 named this week to take up junior roles in the Government.

You would probably be hard-pressed to name any of the outgoing junior ministers for the above roles – will that change with the new appointments? There needs to be accountability – we cannot afford job titles without the work being done. Let us hope we see that happen.

The new Taoiseach Micheál Martin is already under pressure from within Government and with citizens in large parts of the country that have no full minister. This includes a large block from Limerick up to Donegal, all of Connacht, and neighbouring counties such as Longford and Westmeath. 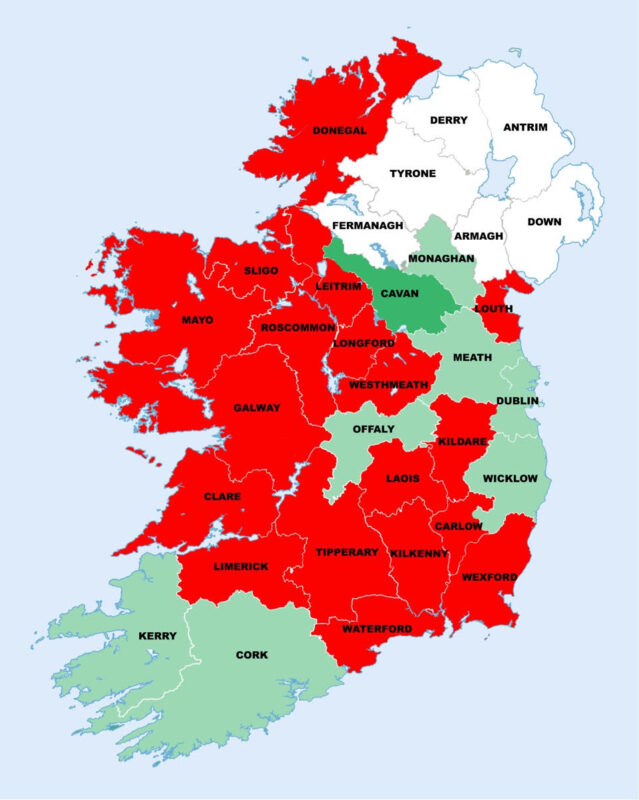 The counties in Red have no senior minister in this government

His own constituency of Cork South Central has three of the 15 senior ministers, with Wicklow and Dublin West having two each. Outside of the Pale and Cork City, the only countries with  a senior minister are Monaghan, Offaly and Kerry.