The Maubeuge plant in northern France is a factory where a range of models from various brands make their journey along the production lines: the Renault Kangoo, Mercedes-Benz Citan, and the more recent Nissan Townstar.

Renowned for producing the Renault Kangoo for the past 25 years, the Maubeuge factory has become the Alliance’s centre of excellence for light commercial vehicles.

It is described as a “perfect illustration” of the mutually beneficial collaboration between Alliance members and partners. In this specific case, Renault, Nissan, and Daimler all share the same production lines.

Through working together, the factory becomes far more efficient and competitive, which is beneficial for the customers.

“Producing more than six million vehicles since 1971, the Maubeuge factory is an icon in the French automotive industry. For 50 years, vehicles have been sent to the four corners of the globe, meeting the needs of each market.

“The Maubeuge factory has become the Alliance’s centre of excellence for commercial vehicles, having been in operation for half a century, fostering 25 years of experience manufacturing Kangoo, and honing expertise in electric vehicles for the past 10 years.” 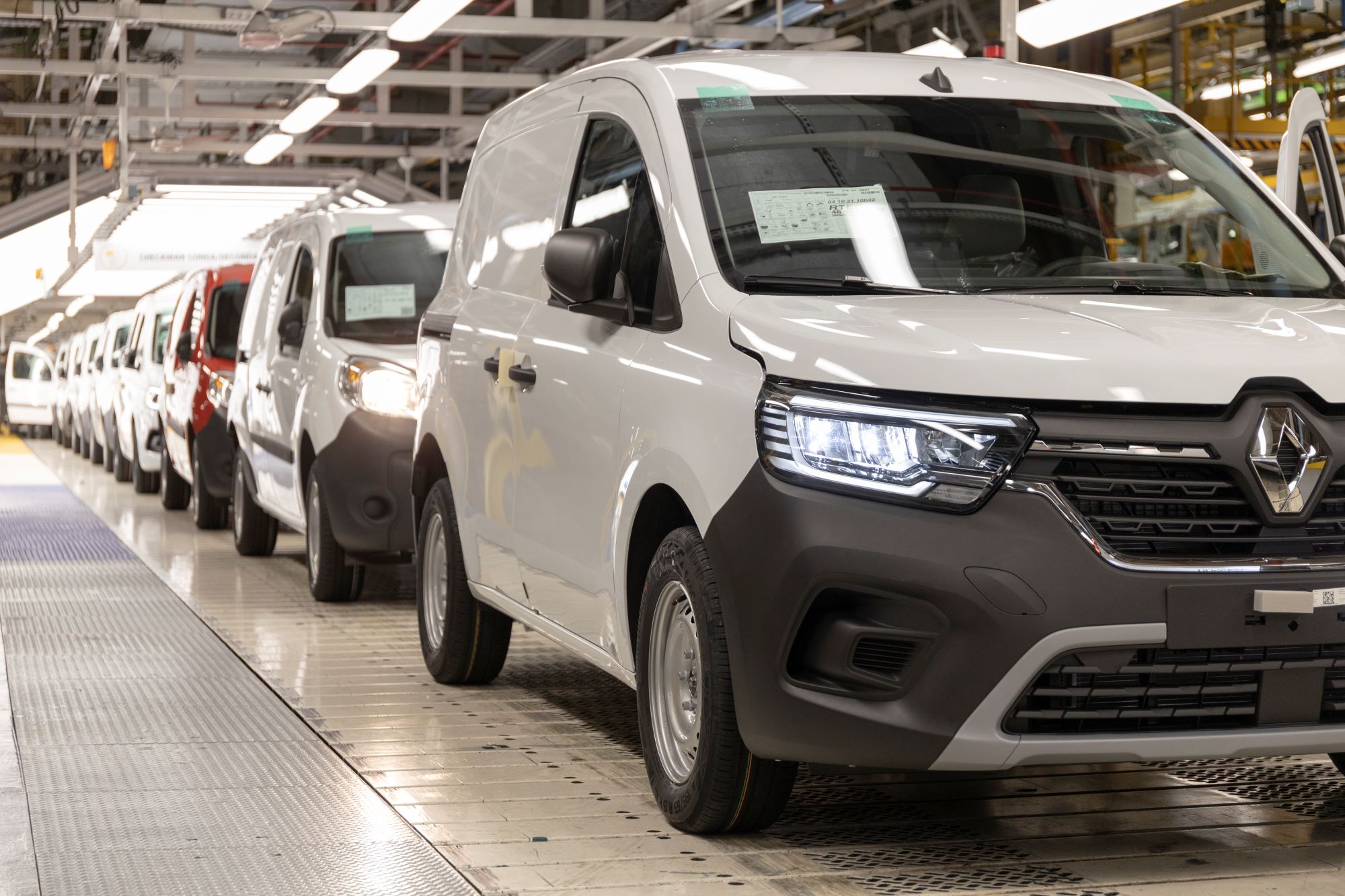 From SUC to MCA, iconic models that have left their mark
The history of the Maubeuge factory began in 1969. The Société des Usines Chausson (SUC), then a major automotive contractor in France, bought land on the outskirts of the city where it set about building a factory. It started out entirely devoted to operating with a stamping shop and a body shop. Painting, assembly, and finishing units were later created in 1971. In the same year, the R15 and R17 left the factory for the first time.

Renault then bought out the remaining stake in SUC. On July 1, 1981, the Maubeuge plant became Maubeuge Construction Automobile (MCA). More than 20 models have left their mark on the factory’s history, including the iconic Renault 12, Renault 18, Fuego, Renault 21 Medallion, and Nevada.

The Kangoo revolution
A major turning point came in 1993, with the launch of the MCA 2000 Plan that aimed to ensure the sustainability of the factory thanks to an organisational overhaul and considerable investment. Implementation of the plan gave rise to the decision to produce the Kangoo – an MCA-exclusive light-duty van also available as a non-commercial mini-van – from 1997 onwards.

The Kangoo, which in 2022 will celebrate its 25th anniversary, quickly became an iconic vehicle sold around the world. The Kangoo won the hearts of all, from private owners to tradespeople and fleet operators. It has since become a benchmark in its segment, with nearly four million units manufactured, 70,000 of which are electric models. It continues to be a success with customers and other manufacturers in Ireland and around the world.

Daimler and Nissan join the show at Maubeuge
Recognition of the Maubeuge factory as a centre of excellence for LCVs came in 2012 when the Alliance and Daimler decided to pool resources.

The goal was to expand the range of products, optimise available resources, and develop innovative technology that would be essential for present-day and future products. This is how the Mercedes-Benz Citan joined the production line alongside the Kangoo. The partnership benefited from the site’s large production capacity and in-house expertise – two assets that have helped preserve the cultural heritage and identity of each brand.

This partnership is also a story of people and machines, of skill sets that seamlessly match, and unique tools designed by teams from both companies to continually improve the quality work stations. For example, the Maubeuge factory installed a light booth that was inspired by German production lines and has since been used to check for faultless body colour paint finishes. 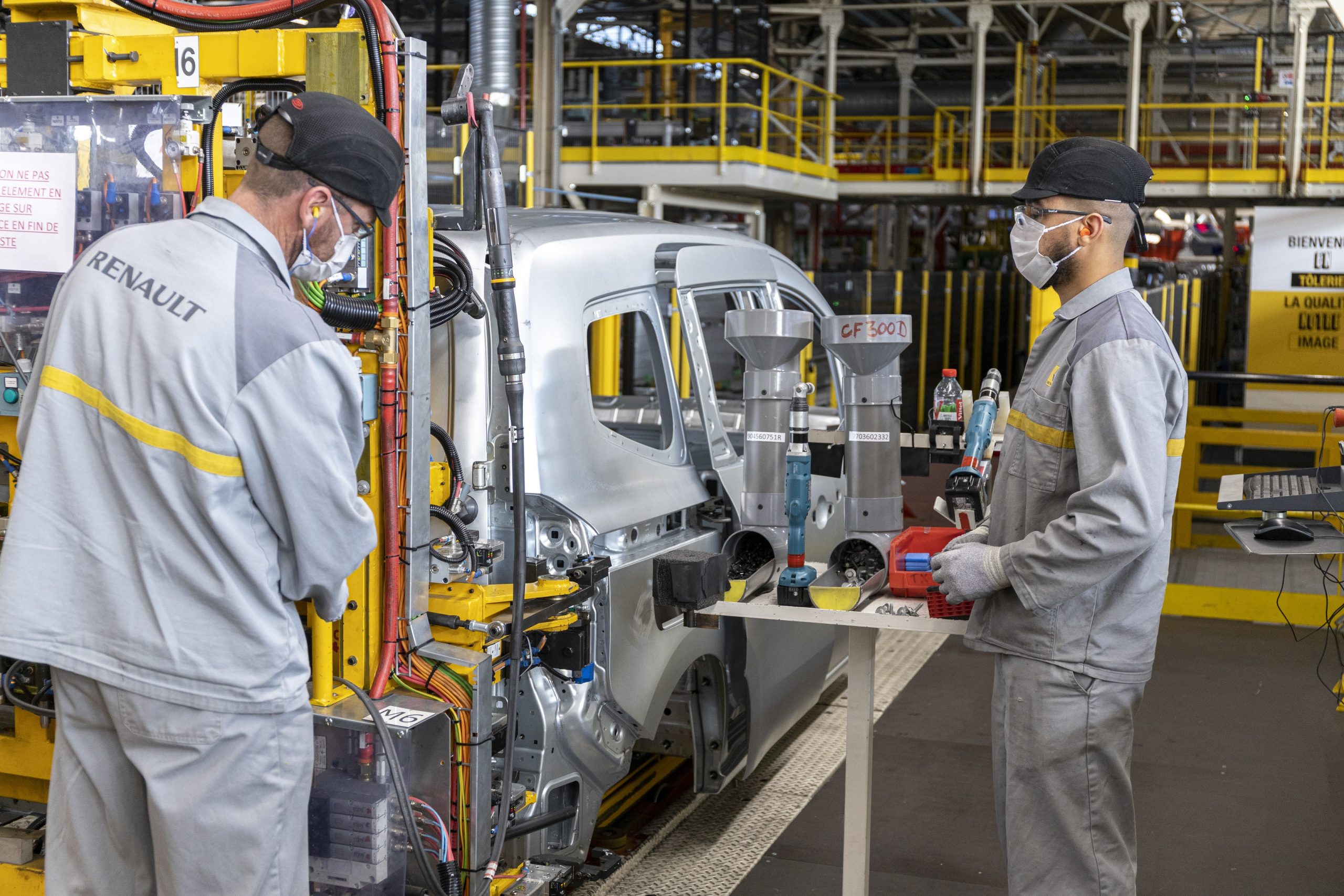 The Maubeuge factory has transformed its manufacturing shops while improving the ergonomics and quality of each workstation. Image: Renault Group.

Quality control and approval processes have been optimised. Years of passion and renewed confidence all came to a head recently: Daimler confirmed that the Mercedes-Benz Citan would be part of its range and entrusted production to the Maubeuge factory that will use the all-new Kangoo as a base.

Alongside this, an Alliance brand has also joined the Maubeuge factory story. In 2019, a new strategic partnership, one that reflected the ever-vibrant collaboration within the Alliance, was signed with Nissan for production of the NV250 that was based on the Kangoo model at the time. The collaboration was renewed with the all-new Kangoo, which now rubs shoulders on the production line with its cousin, the Nissan Townstar.

Daveau said: “As of this year, we have renewed the entire range. We have invested €450 million to transform the factory and to accommodate all versions across all brands, including electric models.

“As such, we have carried out work to boost capacity, but we have primarily trained and helped employees embrace modifications made to each workstation.”

XXL industrial equipment and an electrical transformation
To make room for the three brands’ latest models, the factory has transformed its manufacturing shops while improving the ergonomics and quality of each workstation. A XXL press line, the largest of all Alliance plants, was installed in order to produce large-format parts.

Over in the body shop, more than 630 new robots have been added to assemble bodies of the newest models, with numerous aids to facilitate parts handling. The paint shop finishing line is now more modern, more ergonomic, and more connected than ever.

Production lines and facilities also required adaptive measures to directly incorporate the electric versions of the Kangoo, Townstar, and Citan. To that extent, the factory built a battery assembly workshop and integrated battery installation directly onto assembly lines.

Daveau added: “Thanks to its expertise in producing the Kangoo E-Tech 100 per cent electric and with 10 years of experience as a pioneer and leader, the Maubeuge factory continues to be a key player in accelerating the LCV electric transition and contributes to the ambitious strategy behind ElectriCity – a new electric vehicle hub – that it has been working closely with for the past year.

“With an ambition to produce more than 400,000 EVs by 2025, the industrial hub, which includes three pants in Douai, Maubeuge and Ruitz in the north of France, aims to become the largest and most competitive production centre in Europe.”