Thatcham Research has revealed its five safest cars and the five best technology developments in the automotive world during 2020, forming the shortlists for the respective 2021 What Car? Car of the Year Safety and Technology awards.

The What Car? Car of the Year Safety Award recognises the carmakers that have produced the safest cars during 2020 and the shortlist is drawn up based on results from the latest Euro NCAP safety testing. The outright winner and two runners-up will be announced on January 14.

The safest vehicle list includes the Honda Jazz, Mazda MX-30, Seat Leon, Toyota Yaris and Volkswagen ID.3. There are also five nominations for the Technology Award shortlist, which have been identified as having the potential to improve both vehicle and driver safety now and into the future. 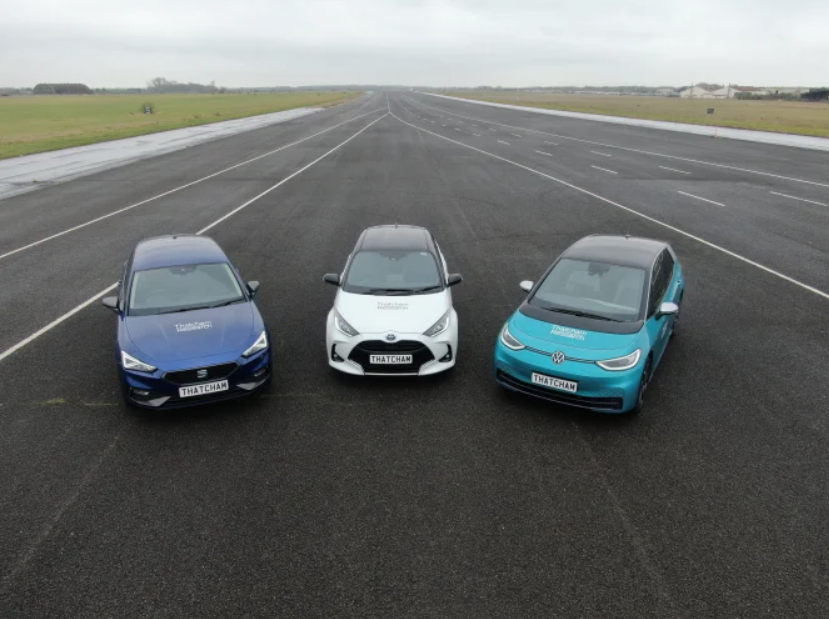 The five cars that are bidding to scoop the coveted safety award in 2021 have faced more scrutiny than ever before, thanks to stricter Euro NCAP testing protocols that came into force during 2020.

A new ‘passive’ safety assessment which encourages manufacturers of bigger vehicles to share the burden of impacts with smaller vehicles tests ‘compatibility’ for the first time, while new side impact tests assess occupant containment via inner seat-mounted airbags and injury risk when occupants are in contact with far-side internal structures.

There are also two new ‘active’ safety tests that assess the ability of Autonomous Emergency Braking (AEB) systems to prevent ‘Turn Across Path’ collisions at junctions and reversing accidents.

The five nominations on the What Car? Car of the Year Technology Award shortlist, have each been identified and evaluated by a panel of judges from Thatcham Research and What Car? The winner and two runners-up will be revealed on January 11.

The Android Automotive OS is a new breed of infotainment platform built into cars by car makers. Removing the reliance on potentially distracting touchscreens because the voice-activated Google Assistant is built into the car, drivers can download media apps direct to their vehicle, with no mobile device required. Android Automotive OS can also be adapted via over-the-air updates.

Meanwhile Ford’s new Lane-Keeping System with Blind Spot Assist made its debut on the Kuga SUV in 2020 and builds on the capability of the brand’s Blind Spot Information System. TheLane-Keeping System with Blind Spot Assist technology monitors the driver’s blind spot for vehicles approaching from behind, and can apply gentle counter-steering force to warn the driver and discourage a lane change manoeuvre if a potential collision is detected.

Kia Blind Spot View Monitor is an advanced driver assistance system aims to enhance safety for Sorento occupants and other road users by eliminating a driver’s left- and right-side blind spots. It displays a high-resolution video feed on the dashboard instrument panel when the driver indicates to change lane with another vehicle hidden in their blind spot. The video feed is generated by discreet wide-angle cameras, one hidden in each of the door mirror housings.

The Tesla over-the-air updates wirelessly sends new features to Tesla vehicles that improve functionality, performance and safety. Tesla, which has faced criticism from Thatcham Research about the mis-use of its Autopilot technology, has used OTA updates to make a raft of notable improvements to its vehicles during 2020, including the addition of vision-based speed assist capability, a cabin camera to capture video clips prior to a collision or safety event, dash-cam viewer improvements, and traffic light warnings.

Finally, the Volvo Advanced Interior Air Cleaner removes harmful particulates from a Volvo’s cabin atmosphere to ensure occupants breathe clean and healthy air. Incoming air passes through an ioniser that pre-charges the microscopic particles which then stick to a fibre-based filter that carries an opposite charge.