Texa says IDC5 Truck 42 is the utmost expression of multi-brand diagnosis in the world of industrial and commercial vehicles, buses, trailers, semi-trailers and powertrains. 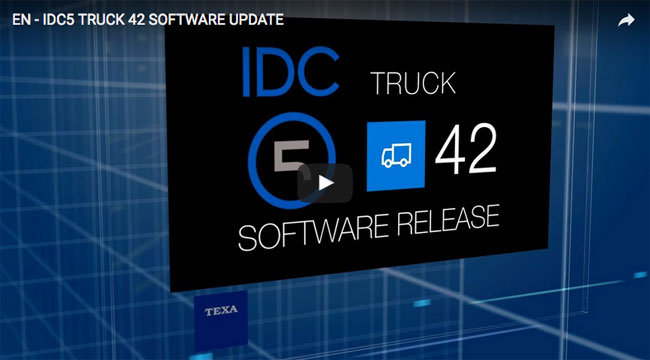 IDC5 Truck 42 software is increasingly more complete and powerful allowing mechanics to work on a very large number of vehicles belonging to the makes of the most popular manufacturers, such as: MAN, Mercedes-Benz, Iveco, Renault, DAF, Citroen/ Peugeot, Wabco, Cummins and many more.

The IDC5 TRUCK software has long been offering the possibility to perform ADAS system calibration.

Starting from update TRUCK 42, it allows performing camera and radar calibration for makes such as Volvo Truck, MAN, Renault Truck and Scania.