In autumn 2019, the leading car care specialist waved the starting flag for the first time as a partner of the “Audi Sport ABT Schaeffler” team in the “ABB FIA Formula E”. After the long break in international motor sport, the elite of e-motor sport are now preparing for the season’s grand finale in August in Berlin. The red Sonax logo will adorn the cars of the “Audi Sport ABT Schaeffler” team, whose quest for points will be led by two-time DTM champion René Rast and Lucas di Grassi. 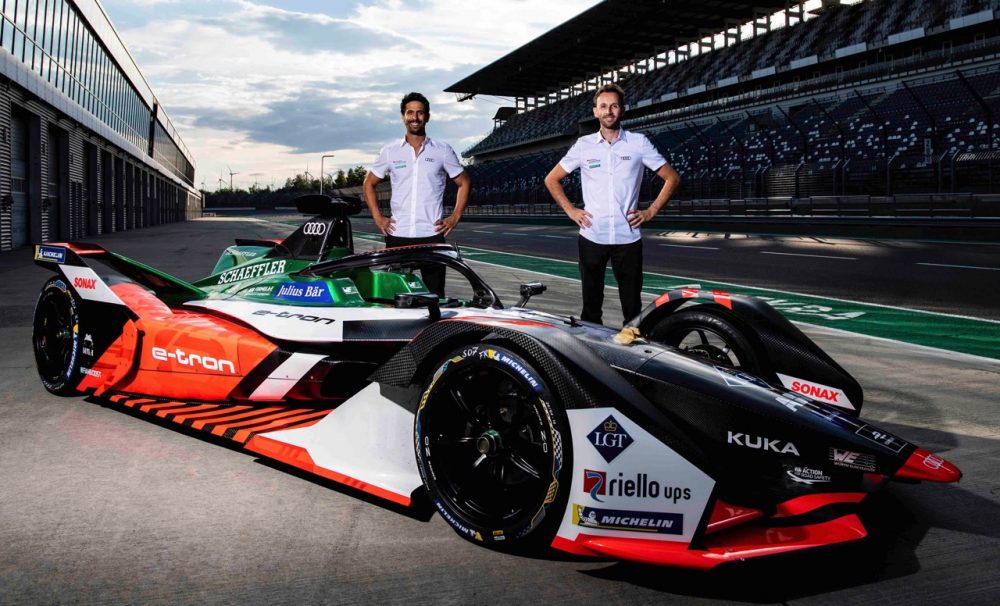 Formula E is returning to the racetrack in grand style: Between 5 and 13 August, the purely electric racing series will hold six consecutive races at the former Berlin Tempelhof airport. The two “Audi e-tron FE06” cars sporting the Sonax logo will be driven by Lucas di Grassi and René Rast. The two-time DTM Champion will be taking over the cockpit from Daniel Abt, who is going his own way, but will remain associated with the Sonax brand.
Lucas di Grassi and René Rast will also be presenting the emblem of the German market leader in car care products on their racing suits. The red Sonax logo will also feature prominently on the pit equipment as well as on the team trucks. Sonax Head of Marketing Franz Fischer: “As a leading manufacturer of car care products, we are particularly pleased to be able to present ourselves as a partner of the “Audi Sport ABT Schaeffler” team in Berlin. Even if the spectators won’t be able to experience the fascinating environment on the track, the racing series offers us unique angle for reaching people interested in car care. We are doing our best to inspire motor sport fans with top performance and innovation in beautifully maintained cars.”Sonax has been involved in motor sports for decades, which has been crucial in helping to shape the global image of the brand. It has also given the products with their red logo a unique attraction. Ayrton Senna, Hans-Joachim Stuck, Michael Schumacher, Heinz-Harald Frentzen and Jacques Villeneuve – these big names in motor sports have already zoomed across the finishing line with the Sonax logo on their cars or racing suits.
After helping teams in the DTM to shine, such as the “Audi Sport Team ABT Sportsline”, and doing the same as “Official Supplier” for the Formula 1 team “Infiniti Red Bull Racing”, the company now supports numerous international teams on the world’s toughest racing circuits, including the “Hoonigan Racing Division” headed by Internet icon Ken Block.