After six action-packed rounds of the 2021 Motorsport UK British Rally Championship, the thrilling fight for the coveted title all comes down to the final encounter of the season, the Modern Tyres Ulster Rally this weekend (November 20).

The stages around the Newry rally base will see the British Rally champion crowned on Saturday night. While unfortunately none of the Irish challengers remain in contention going into the final round, with two Welsh drivers in pole position, there is still plenty of home pride at stake.

Aiming for a record-breaking third BRC title in a row is Conwy driver Matt Edwards who heads to County Down with the number one on the door. But fellow Welshman Osian Pryce will be doing all he can to take his maiden British Rally Championship title and starts the event in the box seat thanks to an eight-point lead in the standings, on paper at least. 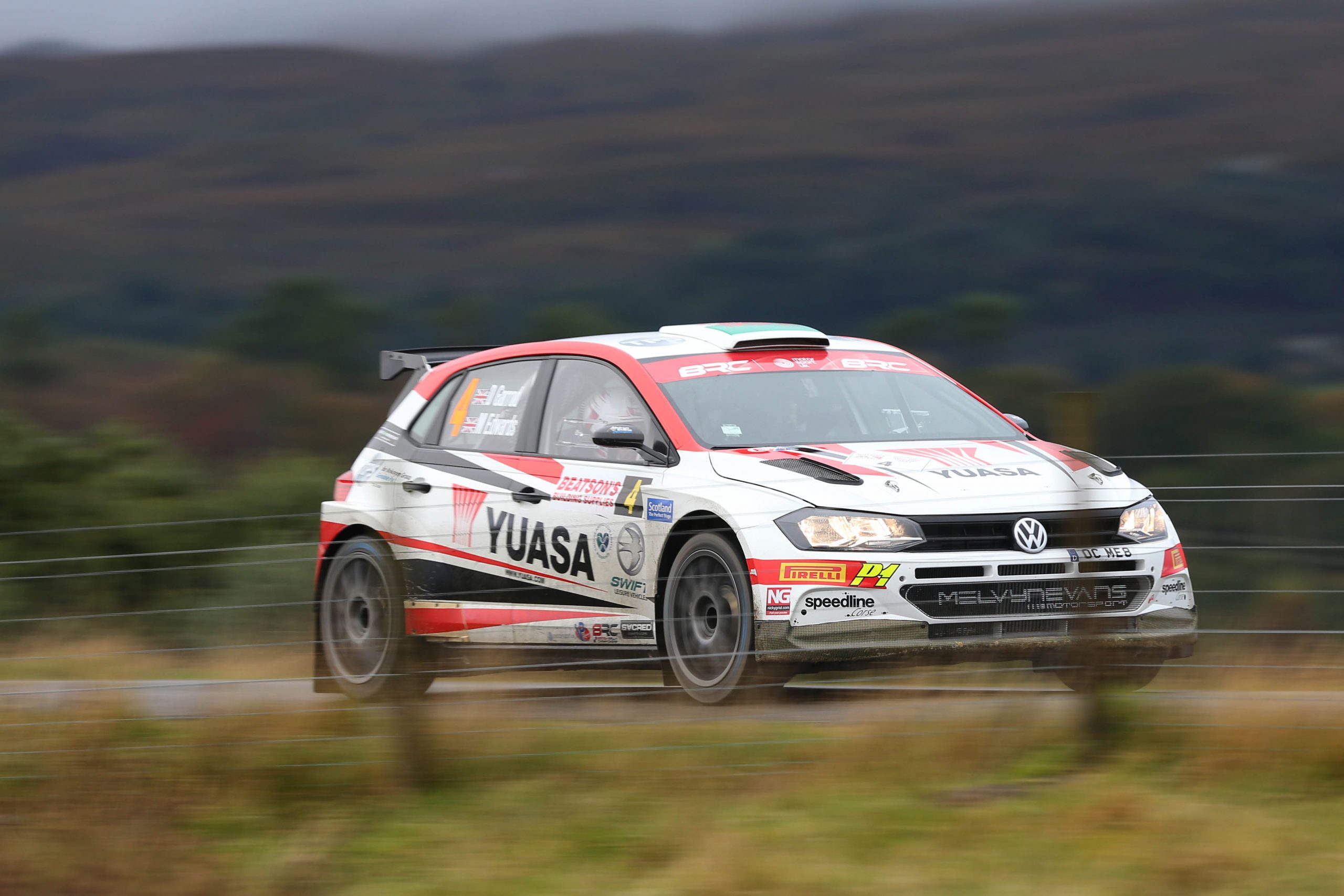 Taking dropped scores into account, in simplistic terms Edwards and co-driver Darren Garrod need to take their Pirelli-shod Volkswagen Polo GTi to maximum BRC points if Edwards is to clinch a place in the history books. Standing firmly in his way though, Melvyn Evans Motorsport teammate Pryce and co-driver Noel O’Sullivan will be threading their Michelin rubbered Polo through the stages with precision and undoubtedly with more than one eye on the times.

If Edwards doesn’t take the top score, Pryce can afford to cruise home thanks to his impressive points tally accumulated over a season that has seen the Machynlleth driver finish on the podium on every round so far.

With two wins apiece to each of the protagonists, it’s a winner takes all scenario but one thing is for sure, the Volkswagen marque will secure their first-ever British Rally Championship title in the process.

A stellar entry will line up to tackle the Ulster lanes and any one of the impressive field could hamper the title chase for Pryce or Edwards. Both Sam and Josh Moffett return to the BRC fold after a mid-season break although it’s unclear if they will be registering for points at this stage. 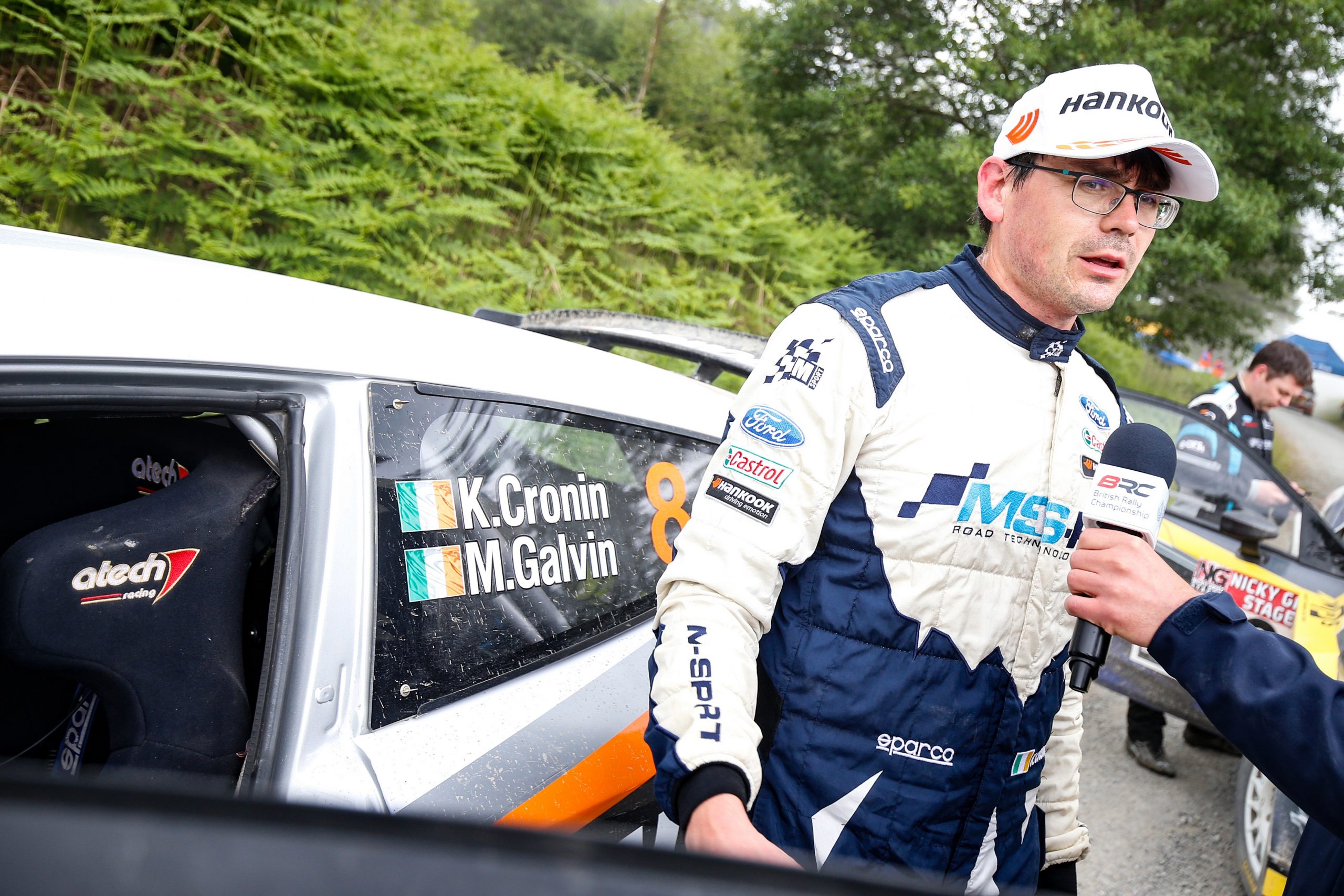 Keith Cronin makes his first appearance on asphalt in 2021.

If anyone knows how to win titles, its four-time BRC champion Keith Cronin who makes his 2021 debut on asphalt in his Hankook backed Ford Fiesta Rally2. Continuing to develop the tyres throughout the season, Cronin and co-driver Mickie Galvin could well throw up some surprises during the day.

Cathan McCourt and Liam Moynihan impressed on the gravel of the Grampian Rally in August despite making their debut in a brand new Fiesta Rally2 and are well in line for a podium spot. Seb Perez bagged his first BRC podium at the Cambrian and will be looking to round out his season in style. His and co-driver Gary McElhinney’s recent WRC Spain experience will put them in good stead on the Northern Ireland asphalt and are M-Sport’s sole entry at the weekend.

With the Motorsport UK National Rally Title already sown-up in the hands of Garry Pearson and Niall Burns, it’s Garry Jennings and Rory Kennedy who lead the pack and sit well inside the top ten. The pairing has been a popular return to the BRC this season and a top five finish at the recent non-championship Tour of the Sperrins puts them in good shape for the Ulster.

James Wilson and Arthur Kierans have enjoyed a very busy competitive season and take their Hyundai i20 on asphalt for the first time since round one. Alan Carmichael contests his `home` event in similar machinery and is once again joined by Claire Williams.

Stephen Petch and Michael Wilkinson bring the noise in their Fiesta WRC after narrowly missing out on the National Title, with Jason Black and Karl Egan needing to score well to scoop third in the championship in their Toyota Starlet.

It’s certainly worth keeping an eye on the Junior BRC battle this Saturday. Like its BRC top-flight cousin, two drivers are going head to head for the chance to scoop the title but the winner will also secure a drive in a Hyundai Motorsport Customer Racing i20 N Rally2 at a round of the 2022 FIA World Rally Championship.

Winning four rounds of the series in 2021 would have been enough in lesser years to seal the deal, but not this time around. William Creighton and co-driver Liam Regan scooped wins at the Neil Howard, Mull Rally, Trackrod Rally Yorkshire and the Cambrian, but still are not leading the series.

Such is the impressive consistency of Eamonn Kelly and Conor Mohan, the pairing has scored on all but one round to enter a thrilling battle with Creighton for the title. 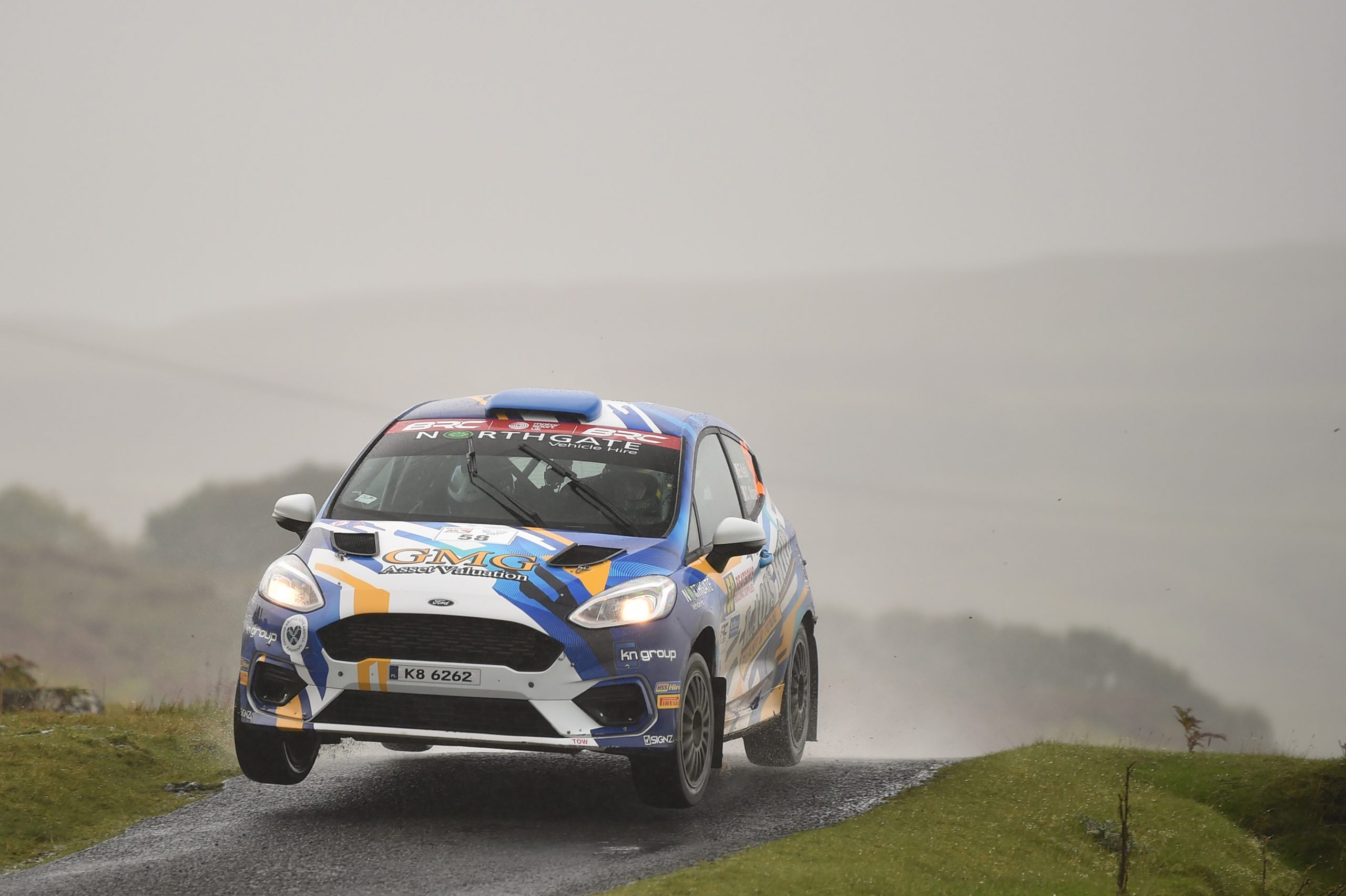 Eamonn Kelly has been sensational in is first Junior BRC season.

However, all Creighton needs to do is finish eighth or higher to take the title that he has twice been the bridesmaid too, and secure that potentially career-changing drive in the process.

“It would be fantastic for me and the entire team who have been behind me over the past few years to finally seal the championship,” says Creighton.

Kelly is upbeat about the weekend ahead too. “I’m feeling good about the event,” he says. “We had a run out at the Kerry Winter Stages last weekend to get some miles in and help get our confidence up. Seat time is everything and it’s left us hopefully that bit sharper leading up to Ulster.”

Meanwhile Johnnie Mulholland and Calum Maguire are already Academy Trophy champions so will be out for the experience on their home event, whilst Rupert Flynn returns to the BRC after tackling the Mull Rally in his Fiesta Rally4.

Joseph Kelly and Shane Byrne claimed their first Junior podium in Wales last month and hope to take that form to the asphalt whilst Casey-Jay Coleman and Grace O’ Brien also tackle the final round of the season.

The Modern Tyres Ulster Rally will bring the curtain down on a superb British Rally Championship season. Nine stages and 150km await.