The first of a fleet of new Electric Council Vehicles was launched recently by the Mayor of South Dublin County Council, Cllr Mark Ward. 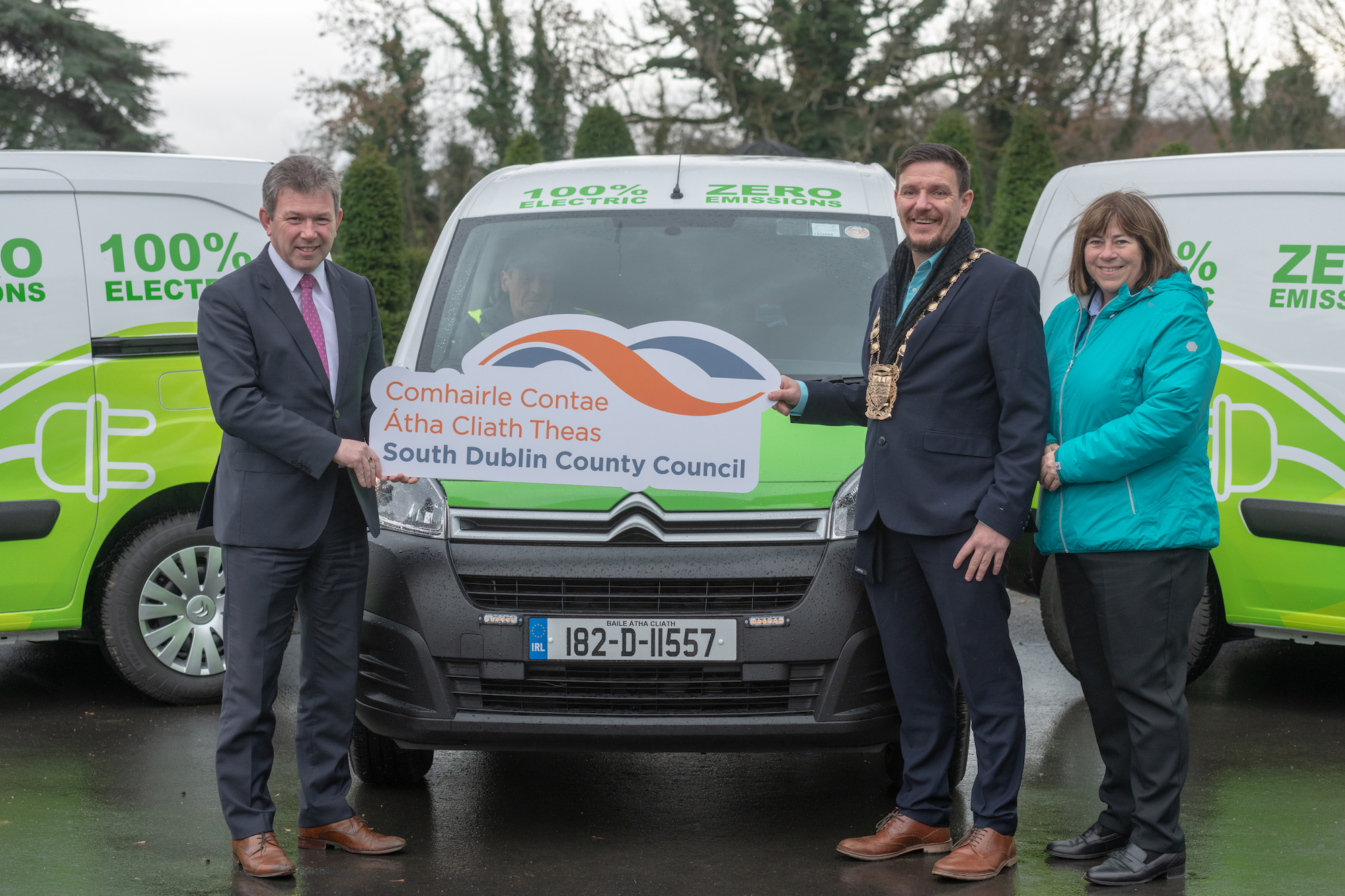 “This is our first step in the decarbonisation of our fleet”, said Mayor Ward. “Electric powered vehicles reduce the impact of the Council fleet on local air quality. Other carbon reducing projects in the pipe line for South Dublin include Tallaght’s District Heating Project, the replacement of light bulbs with LEDs in Council buildings and street lighting, and improving transport linkages which includes the development of cycle tracks. All these planned actions, and more, are listed in South Dublin’s Draft Climate Action Plan 2019 – 2024, which will be out to public consultation early in the new year.”

Five dedicated charging points have been installed in a number of the Council’s offices and depots. Each vehicle can cover 170 kilometres on a full charge. The vehicles can take just 30 minutes to charge 80 per cent of their batteries at fast charge points (DC charger) or 8h at regular charge points (AC charge).

South Dublin County currently has 12 public charge points and five fleet charge points, and many supermarkets within the county provide EV charge points for their customers while they shop.

With more Electric Council Vehicles on the road, it is hoped that others will follow the council’s example and make the switch to no emission electric vehicles. 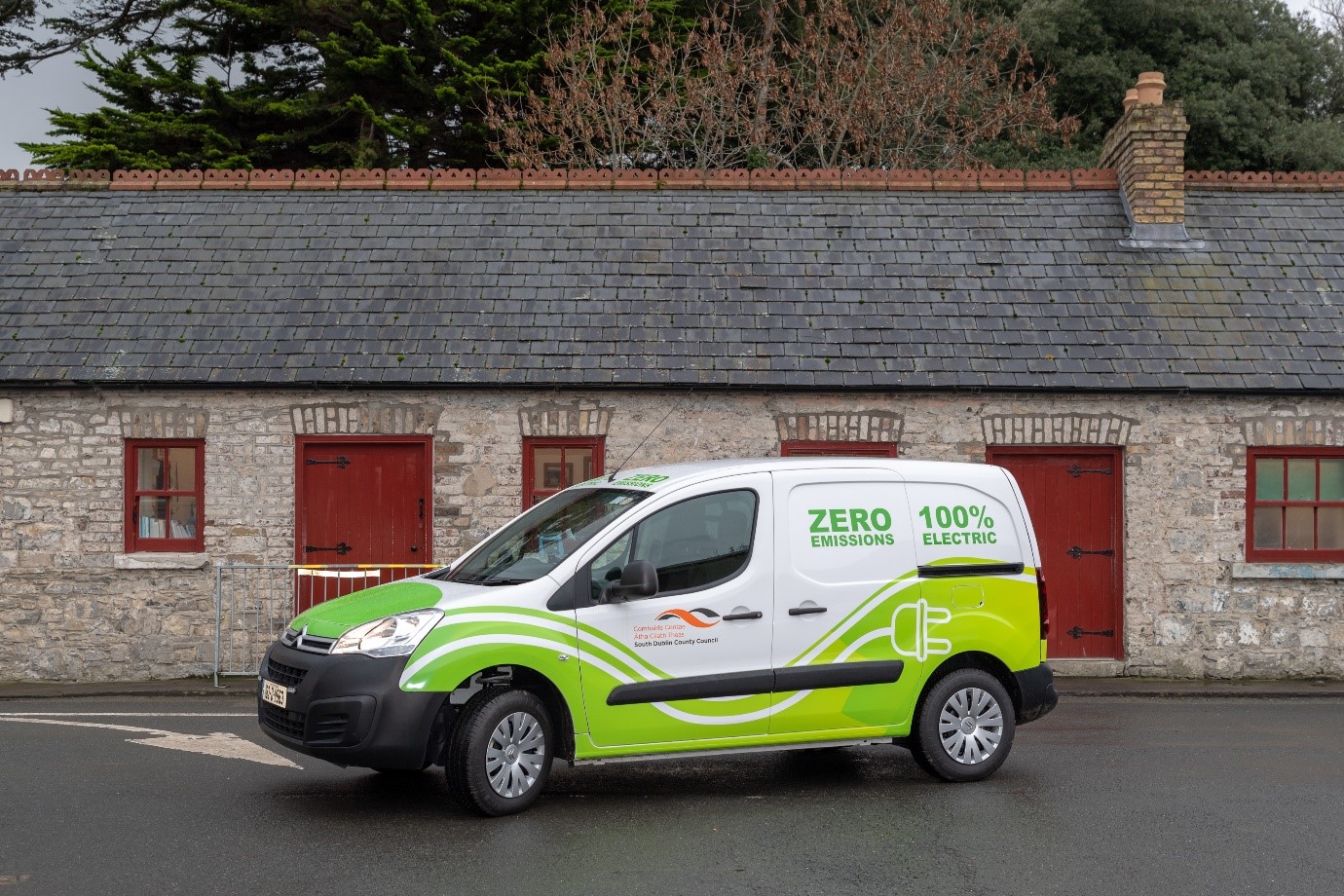