NGK-backed motorcycle racer Chrissy Rouse kicked off his 2018 season with three solid points finishes as the Pirelli National Superstock 1000 Championship got underway at Donington Park.
The Geordie banked two sixth places in Easter Sunday’s back-to-back races, and then followed up with a seventh as he returned to the track for a further 13-lap race on Easter Monday.

NGK Spark Plugs (UK) Ltd – a leading supplier of original equipment (OE) spark plugs, glow plugs and NTK sensors and other engine management sensors – is a long-standing supporter of both two and four-wheel racing and is backing Rouse in his debut season with the new Quinnstheprinters.com BMW by Team IMR squad.

At Donington Park Rouse was hampered by a crash in qualifying and started the first race from sixth on the grid as the riders battled with wet and damp conditions. 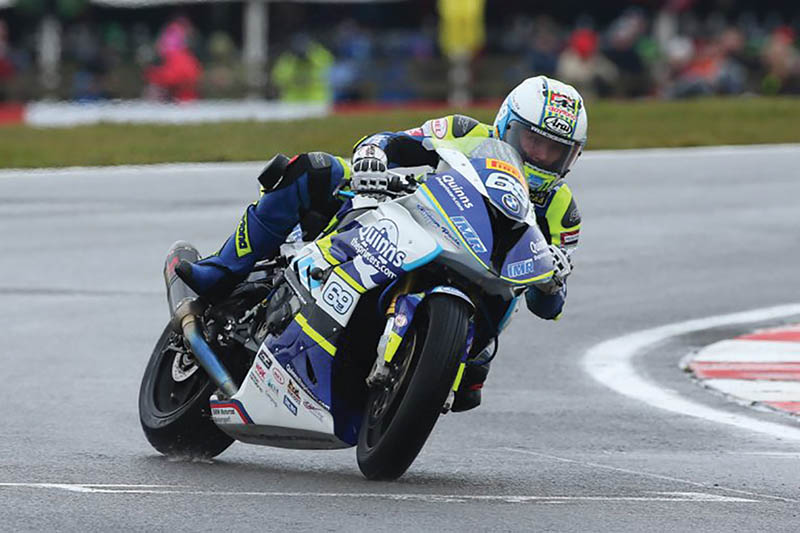 However, in tricky conditions the Newcastle University student rode around a small electrical issue to bring his machine home in sixth position, and then did the same again as the second race got underway just 10 minutes later.

He made another solid start in Monday’s 13-lap-scrap and had hoped to cut his way through to the front, but as the pack battled in very damp conditions, he was disappointed to lose touch with the front group and eventually crossed the line seventh.

While admitting he was a little disappointed not to score higher, he returned home in the knowledge he had banked a solid haul of points, which have left him in seventh position in the title fight after the opening round with team-mate Jordan Gilbert in 11th place overall after three top-12 finishes.
Rouse is confident the team can run at the front and has vowed to bounce back stronger when the championship heads to Brands Hatch.

He said: I know we can push forward at the next race and I’m happy to have finished the weekend with three points finishes as these could prove very valuable as the season goes on.”