You’ve got to hand it to Skoda, and the latest example of their innovation is a ‘neologism’. And what can you say? Well it’s a newly coined word or expression, and for quite a while now Skoda has been using the neologism ‘newsed’ to describe their used cars, which they say (of course) are of such high quality that they feel like new cars. With that in mind, the brand has written an open letter to the Collins Dictionary arguing for the inclusion of this word in the next edition of their renowned word encyclopaedia. 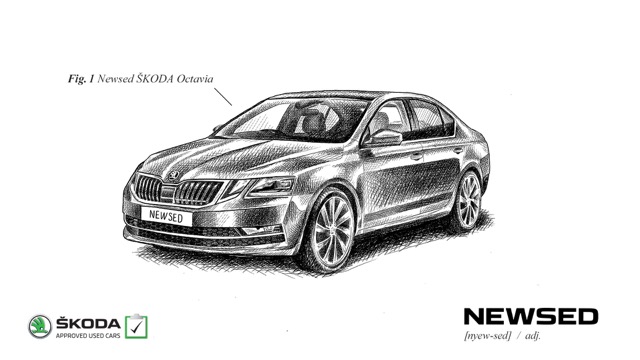 “The English language has been going through constant change since its origins in the Fifth Century, and since then many new words have entered popular culture and sound remarkably like what they mean, for example, the word ‘mankini’ was born after the hit comedy Borat in 2006,” Eimear Walshe, Marketing Manager at Skoda Ireland told us.

She added: “In the last five years, however, piecing words together or creating word hybrids has been in vogue. We all use words like ‘chocoholic’ and ‘bromance’, and of course, the most topical word in news terms is the dreaded ‘Brexit’. “But we think our hybrid word ‘newsed’ (a combination of new and used) deserves a place in the Collins Dictionary.”

Skoda claims that their quality used car program makes their used vehicles indistinguishable from their new cars. They say that while they aren’t new, and they are too good to be called used, so Skoda calls them ‘newsed’. Walsh concludes by saying: “We can see many applications for this word. ‘I’m selling a newest dress. I bought a newest watch online’, it makes perfect sense!”