The sixth Latin Auto Parts Expo took place on last week (July 17-19) in Panama City. It is the leading auto parts exhibition in Latin America and the Caribbean. The organisers say that it connects hundreds of auto part manufacturers each year with thousands of distributors from Mexico, Central America, South America, and the Caribbean. 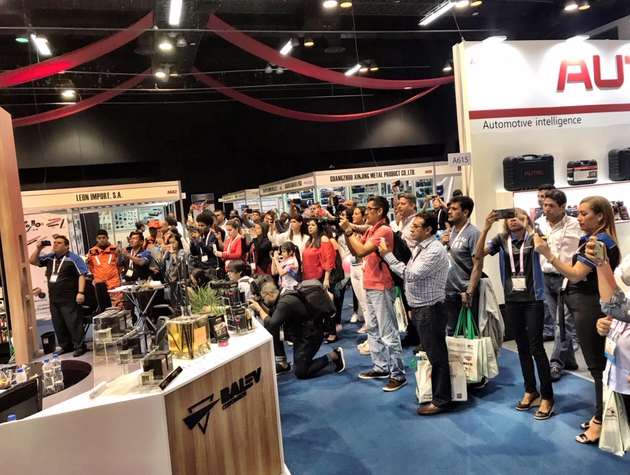 Almost 200 exhibitors were present this year. Exhibitors displayed a wide array of products such as aftermarket parts, replacement parts, auto accessories, OEM tools, and other sectors.

Interestingly, the ribbon cutting ceremony during the inaugural festivities was led by the Economic and Commercial Advisor of the People’s Republic of China in Panama.

The Latin Auto Parts Expo organisers say that it is the premier auto parts show that attracts the widest variety of Latin American and Caribbean buyers each year. And it boosts that for companies looking to expand their auto part business in these regions, this is the show to attend!