The Society of the Irish Motor Industry (SIMI) has once again called on the government to not increase taxes on new cars ahead of Budget 2020.

Brian Cooke, SIMI Director General said: “With the announcement of Budget 2020 only a week away, we in SIMI continue to underline to Government not to increase taxation on new cars. New car sales have fallen in each of the last three years, and with Brexit now only weeks away, business risk in our sector is at its highest level in almost a decade.” 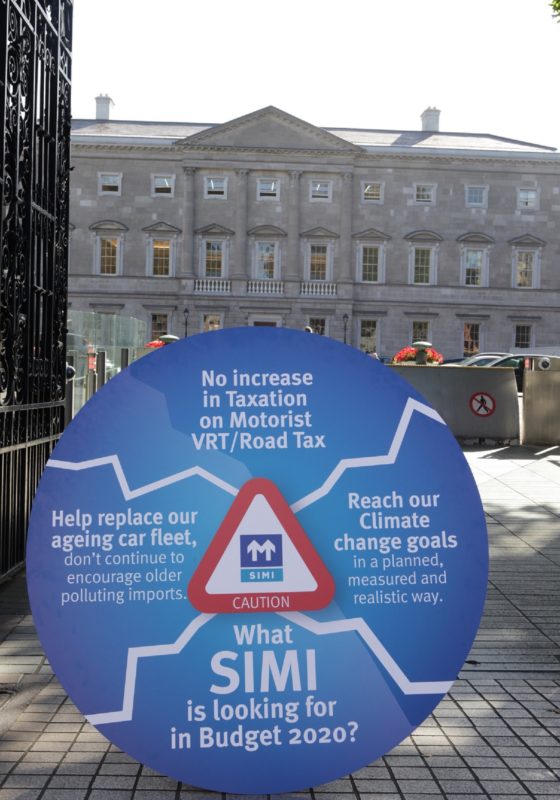 New electric vehicle registrations continue to grow month on month with a total of 2,976 EV cars registered so far this year.

Cooke added: “In this uncertain business and consumer environment, any taxation increase would only further undermine an already fragile new car market. This in turn will endanger both Exchequer Revenues and employment, while at the same time act as a barrier to the renewal of Ireland’s car fleet which is key to reducing emissions from transport. Our Industry can’t afford for the Government to get Budget 2020 wrong, as the impact would have far reaching consequences that could extend for many years well beyond 2020.”