The newly crowned Rose of Tralee, Kirsten Mate Maher, visited Sheridan Motors on Thursday, September 6 to collect her brand new Kia Ceed which she has full use of during her year as the Rose of Tralee. 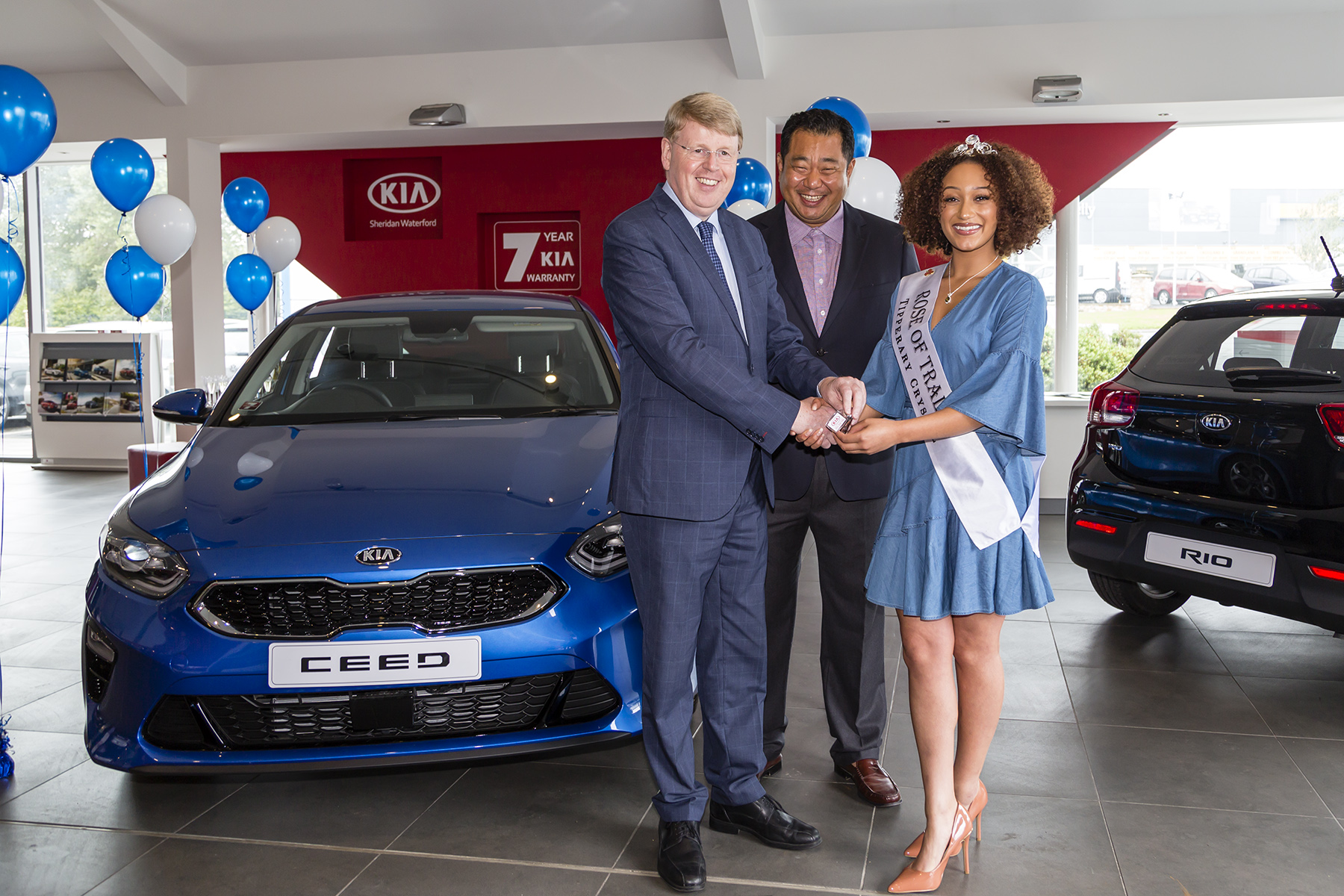 Kirsten is the third Waterford Rose to be crowned the Rose of Tralee, with Orla Burke winning in 1977 and Brenda Hyland who won in 1983. The 21 year old winning Rose works in a boutique in Waterford, sings with the Island of Ireland Peace Choir and also plays hockey with Waterford Ladies’ first team.