A glow plug is, essentially, a heating device used to aid the start-up of diesel engines. During cold weather conditions, the mass of the cylinder block and cylinder head within a diesel engine causes the compression heat to be absorbed, preventing ignition. Glow plugs solve this problem.

Glow plugs have a heating element at the tip. They are situated in each cylinder of the diesel engine, reaching hot temperatures, providing enough heat for ignition and combustion processes.

Denso has been pioneering the design and manufacture of glow plugs, which exceed original equipment (OE) standards, for more than 50 years and gave the aftermarket a series of innovation firsts. Not only was the company the first OEM of ceramic glow plugs, but its range has grown to offer the aftermarket extensive coverage for various applications, making it one of the largest suppliers in Europe. 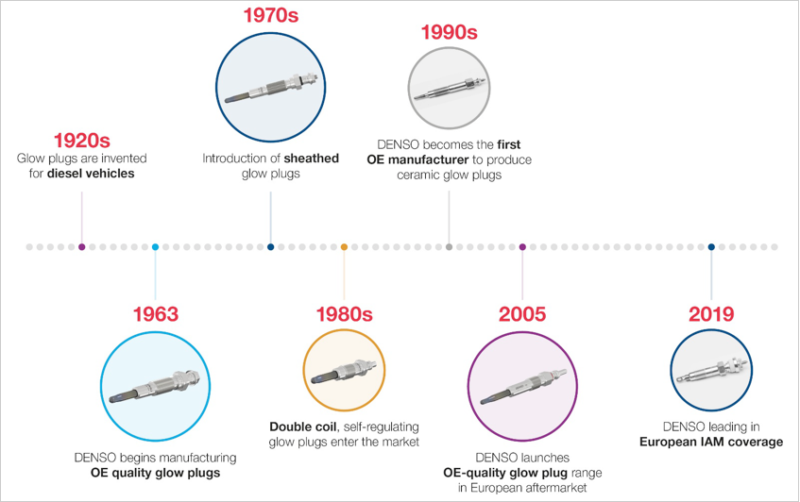 The earliest glow plug designs were almost completely unrecognisable from those that are available on the market today. The first glow plugs had a very basic design consisting of a very thick metal sheet, which contained a high temperature capacity wire rolled up into one or few coils as a resistor. They were typically low voltage and therefore very slow, with an average heating time of around 60 seconds. Every time the glow plug was exposed to the combustion gas, its lifecycle was shortened and if just one glow plug failed, the entire circuit shut down, causing complete engine failure and a big repair job for technicians.

Unlike early glow plug designs, single coil glow plugs had a resistor made by a thin wire rolled into several coils. This was placed inside an iron tube, welded to one side and filled with insulating powder, before being pushed into the external iron cast body. The result was a considerably more durable and effective component. The low resistance of the glow plug meant it could effectively withstand higher voltages and heating temperatures, making for more efficient engine performance.

The single coil glow plug also helped towards overcoming the issue of wear associated with combustion gas exposure. With an optimum property profile, these glow plugs combine operating voltage, maximum pre-heating temperature, heating time and afterglow periods to meet the requirements of all vehicles, with a high resistance to chemical, mechanical and thermal loads, thus resulting in a longer service life. The difference in heating times was considerable, with most sheathed glow plugs boasting a starting time of just 17 seconds – 43 seconds faster than earlier technology. 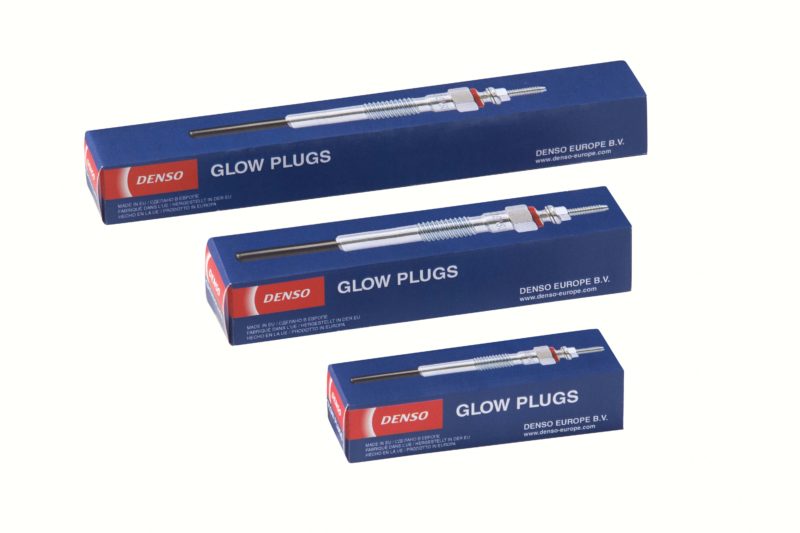 While a starting time of 17 seconds was impressive in the 1970s, by the time the 80s arrived, VMs wanted even more instant ignition, prompting further glow plug developments. In response, the double coil, self-regulating glow plug was born.

Unlike traditional, monofilament glow plugs, which were made from a single wire, typically using nickel, double coil glow plugs had two serial resistors inside the tube. The additional resistor acted as a regulator and would play a major role in improved glow plug accuracy. 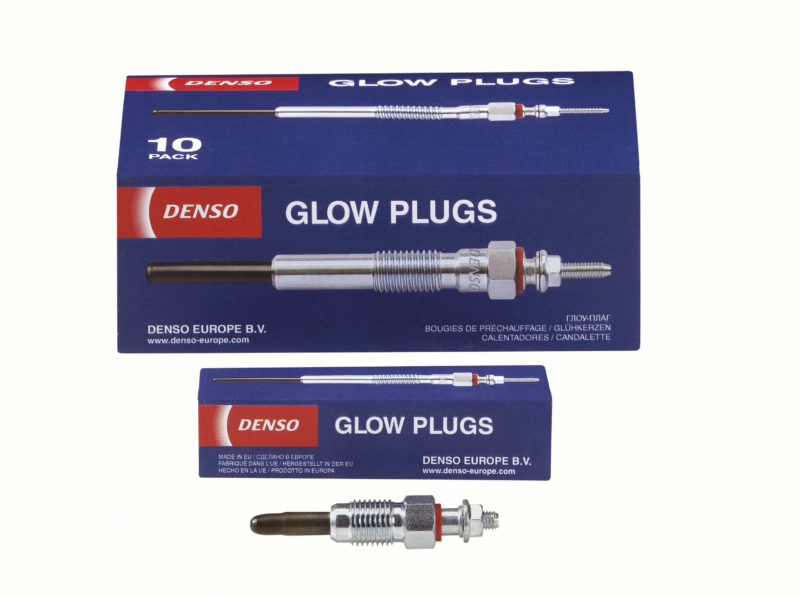 Evolving materials in line with legislation

By the time we had reached the 1990s, diesel vehicles had come under intense scrutiny for emissions, with strict limitations imposed on vehicle air pollutants. This new legislation also included glow plugs, which it stated, must be started for a preheating phase and remain warm for around 90 seconds to better aid ignition during cold periods. Named post-heating, this process would have a positive impact on glow plugs, which would now help to limit emissions in addition to accelerating engine start up.

At the forefront of automotive product design, Denso became the first OEM to produce ceramic glow plugs, improving ignition performance and reducing emissions within the new legislation. The company’s innovation was made of an entirely ceramic heating component. The conductive nature of ceramic material means the heating element can withstand higher temperatures with a longer operating life.

Shortly afterwards, Denso continued to lead the market with the introduction of double-coil technology with instant heating for metal glow plugs, delivering a self-regulating resistor that enables quick engine start up, reduced noise, vibrations and emissions.

Today, Denso has built an expansive portfolio of glow plugs for the aftermarket including single coil, double coil, ceramic and instant heating components, far exceeding OE quality standards for every make and model of vehicle. This has not only made Denso household name within the aftermarket, but contributed significantly to diesel vehicle performance.

To find out more about the Denso range, download its glow plug catalogue here. 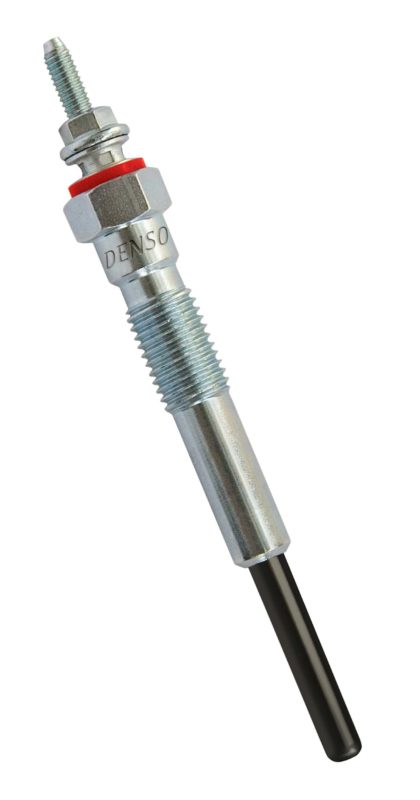