Co. Kerry native, Sharon Masterson of the International Transport Forum (ITF) at the Organisation for Economic Cooperation and Development (OECD) has been added to the speaker line-up for this year’s hotly anticipated Electronomous car-tech summit in Killarney (May 2-3).

In her role with the ITF, Masterson brings together public and private sector organisations to ensure all transport policy decisions have a strong business focus. In doing so, she is responsible for planning the ‘cities of tomorrow’ – urban spaces that are accessible to all, with a variety of inter-connected mobility options.

“In terms of urban mobility, Sharon Masterson is one of the most influential figures in the business and we’re thrilled that she has confirmed for Electronomous 2018,” said Jeff Aherne, Director of event organisers Cartell.ie. “Sharon is responsible for creating the very cities we are going to be living in and moving around in the future, and it’s going to be really interesting to hear her thoughts on what that future looks like. 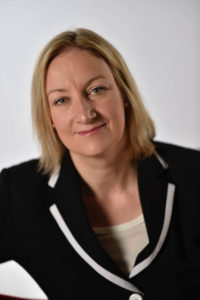 “We’re also delighted to confirm that Clare Jones of what3words will be attending Electronomous,” Mr Aherne added. “This is the world’s first ever addressing system for voice and looks set to revolutionise mobility and navigation for an incredibly diverse range of users – everything from Airbnb hosts to autonomous vehicles and UAVs.

The event will be hosted by award-winning motoring journalist and former BBC ‘Top Gear’ presenter, Quentin Wilson, who described Electronomous as “unmissable” for anyone interested in the new era of personal mobility.
Electronomous 2018 takes place at the INEC, Killarney, Co. Kerry, on 2-3 May 2018.