Shaftec, a leading aftermarket supplier of remanufactured and new transmission, braking and steering parts for passenger cars and light commercial vehicles, has added a mezzanine floor at its Midlands-based premises. This move will give the TecDoc certified business a further 8,000 square feet of space and is a direct result of its growth and success across the aftermarket.

The newly created space upstairs will be used for storage of finished stock, and include a boxing area for boot kits allowing more room downstairs for the increasing needs of steering production & testing machinery. With one eye firmly on the future, the business continues to invest in electric steering; in technology, equipment, technicians and training. 2017 figures show that 18.6 percent of Shaftec’s sales were in electrical components. The company estimates that this will rise to 25 per cent by 2020. 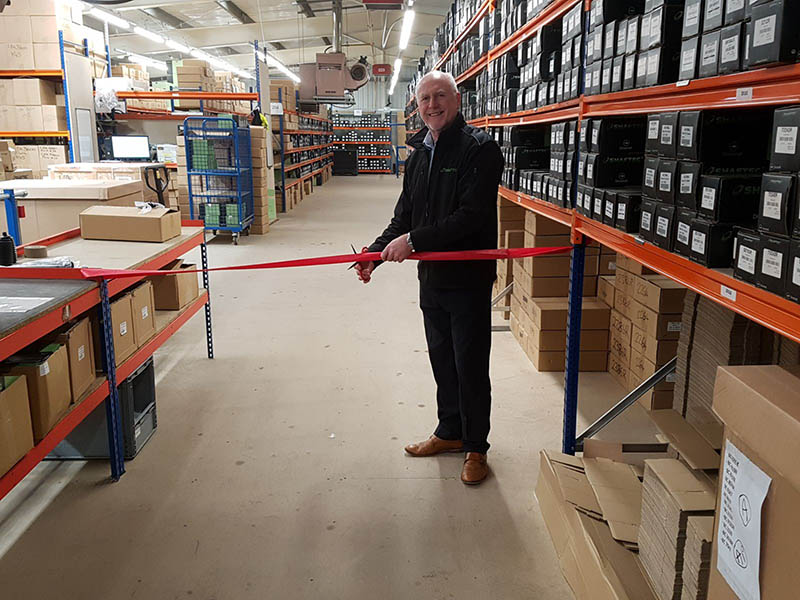 Scott Marshall, Shaftec Operations Director – cuts the ribbon to celebrate the official opening of the space.

There are also plans in place to increase caliper production capacity and for investment in further cleaning machinery, which will increase output as it will be an even more efficient process.
Shaftec Director, Tom Curtis explained: “Our business is growing. We needed more space. We couldn’t build outwards, so we went up. It’s been a real team effort from everyone at Shaftec. We’ve had to make some design adjustments along the way, but everyone has chipped in and worked together to create this amazing space. We started the process in the middle of November, and it will be completed by the end of Quarter One.”

Shaftec consolidated several smaller depots into one when it relocated the business to its current Midlands based Headquarters in January 2015. In total, the facility now comprises 50,000 square feet and is situated in the heart of Birmingham’s industrial Centre, the inner city district of Hockley.