A fleet of self-driving vans has gone into service in Texas, USA, in the world’s first full-scale fleet trial of fully autonomous technology, according to technology company Drive.ai. 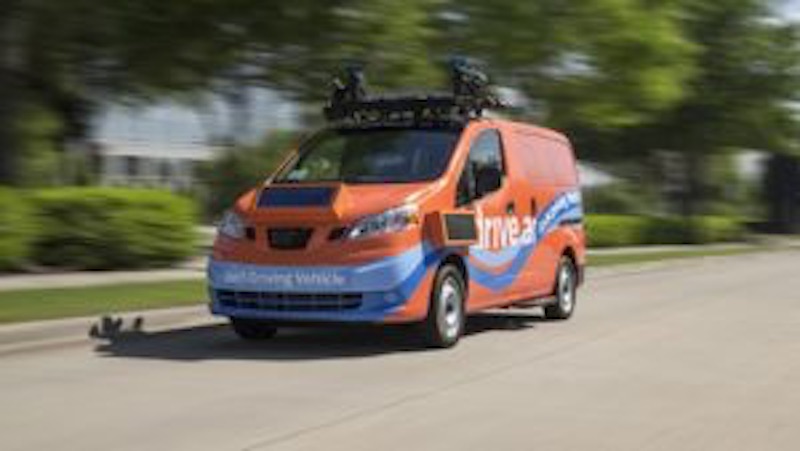 The vans, based on the Nissan e-NV200 electric vehicle, are operated by Drive.ai and include information boards on the vehicles that explain to other road users what they are doing – for example, that it is safe to cross the road in front of them, or that they are parked and will not move off.

Drive.ai’s pilot program will feature safety drivers in the cab, who will be able to assume control if the van ends up in a tricky situation, though Drive.ai says that the vans are so advanced that it’s unlikely that the ‘driver’ will ever need to take control.

The company spent four months traveling every inch of its geo-fenced route around the city Frisco, Texas, including car parks and private residential streets. It also logged more than a million miles in its simulator, which it used to throw all sorts of risk scenarios at the software to help avoid collisions.

In order to raise public awareness of the technology, Drive.ai will be using the vans as a free-to-use ride-hailing service throughout Frisco.