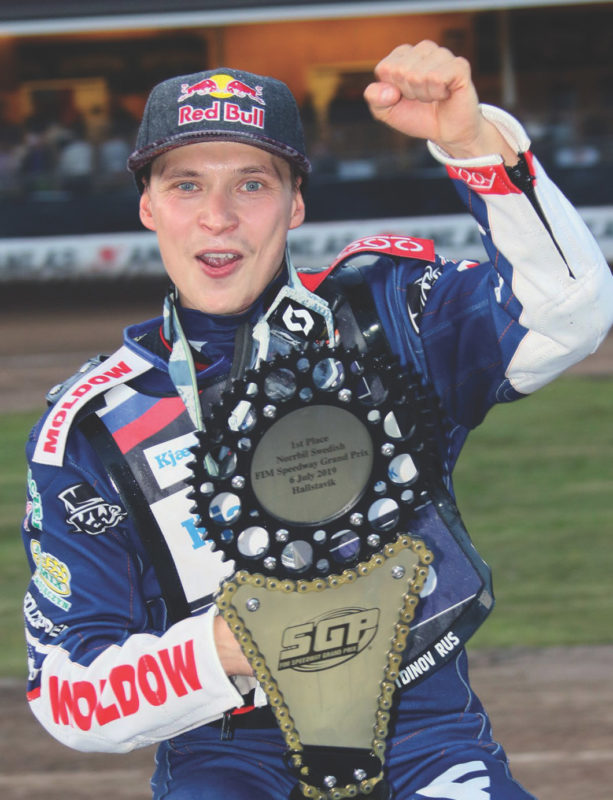 He won the Norrbil Swedish SGP final in Hallstavik to secure his first SGP success since topping the podium at the 2013 British SGP in Cardiff in a year which saw him mount a title charge, before his hopes were dashed by injury.

Sayfutdinov scored 17 points in Sweden and is now joint championship leader on 47 points with Patryk Dudek and Leon Madsen.

After a three-year absence from the series, Sayfutdinov has been battling to get back on top of the SGP rostrum since 2017.

The NGK line-up of stars – whose bikes are all fitted with the company’s spark plugs – was once again depleted with triple and current World champion Tai Woffinden being unable to compete through injury and four-time World champion Greg Hancock absent for personal reasons.

However, there was a good performance by Matej Zagar, who scored 10 points and reached the semi-final stage, while Jason Doyle and Robert Lambert registered seven and three points respectively.

NGK Spark Plugs (UK) Ltd Marketing Manager Mark Hallam said: “It was a fantastic achievement by Emil to win in Sweden and he is now in a very strong position to push on for the World title. It was also good to see Matej return to form, winning two races and making the semi-finals.”