ELVES, the compliance scheme for End-of-Life Vehicles, has taken another step forward to ensure that all types of vehicles can be safely recycled, by installing Liquid Petroleum Gas (LPG) Tank purging and flaring equipment at metal recyclers in Ireland.

The portable equipment will mean that LPG tanks from vehicles can now be safely discharged at a range of locations around Ireland.

LPG, also known as Autogas when used in cars and vans, is a fuel that is easy to store and has a high energy value. Vehicles are often converted to take advantage of potential fuel savings, but using the gas also has environmental benefits, resulting in less CO2 emissions than petrol or diesel.

Vehicles can be converted to allow them to run on LPG and removal of the tank is part of the depollution process for these converted vehicles. However, the removed LPG tanks can contain residual gas held at pressure and it is important that the gas is extracted and that the tank is depressurised before it is shredded and recycled.

If not properly decommissioned before shredding, these tanks may explode during the shredding process, causing damage to equipment and noise pollution for those living near the processing plants. The ELVES project to install LPG Tank processing equipment means there is now a best practice solution in place to decommission LPG tanks from converted vehicles, thereby allowing them to be safely recycled.

LPG tanks from converted cars and vans are not the only gas tanks that can turn up at metal recyclers. BBQ and home cooking gas cylinders also pose a risk if hidden within vehicles or other equipment sent to recyclers.

At one metal recycler alone, over 380 gas tanks were removed from waste received over the course of one year, according to ELVES. It is vitally important that gas cylinders are not sent to metal recyclers hidden within other types of waste. This makes it difficult for staff at metal recyclers to spot these potentially dangerous items before they are put through a metal shredder. These gas cylinders should be returned to their supplier for proper recycling. 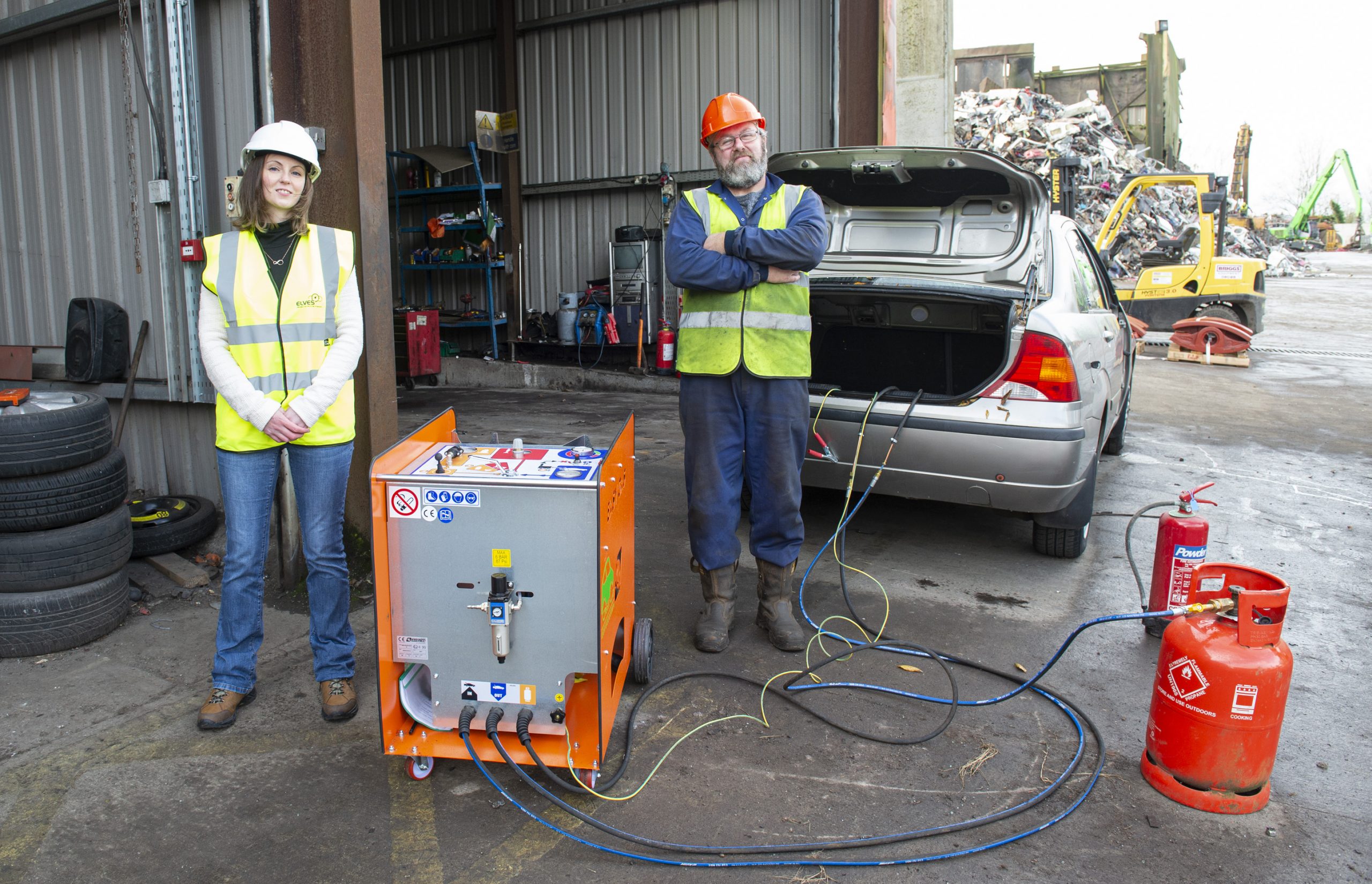 Lee-Jane Eastwood from ELVES with Gregg Hodnett from Hammond Lane.

Elena Wrelton, environmental compliance manager, ELVES said: “Having portable Liquid Petroleum Gas (LPG) Tank purging and flaring equipment available at metal recyclers in Ireland, gives flexibility to Irish recyclers that wasn’t there previously. They can now have their LPG tanks discharged safely at a range of locations around Ireland.”

The portable equipment will be made available at the following locations: Dublin, Cork, Galway, Athlone, Limerick, Sligo, Letterkenny, and Mountmellick in Co Laois. For further information, see www.elves.ie.