Renault Ireland will be the official car partner of the National St. Patrick’s Festival 2019.

This year’s festival will run from March 14-18, with over 500,000 expected to line the streets of Dublin for the Festival Parade on March 17 itself.

Renault announced in 2018 it will be the official car partner of the St Patrick’s Festival for three years.

As part of its involvement, Renault will show you don’t have to be a saint to go green as the 100 per cent electric Renault Zoe makes its way through the capital during the parade. The Renault Kadjar SUV will also feature in the parade.

Renault Ireland’s theme for 2019 is ‘Go Green with the Renault Zoe’. 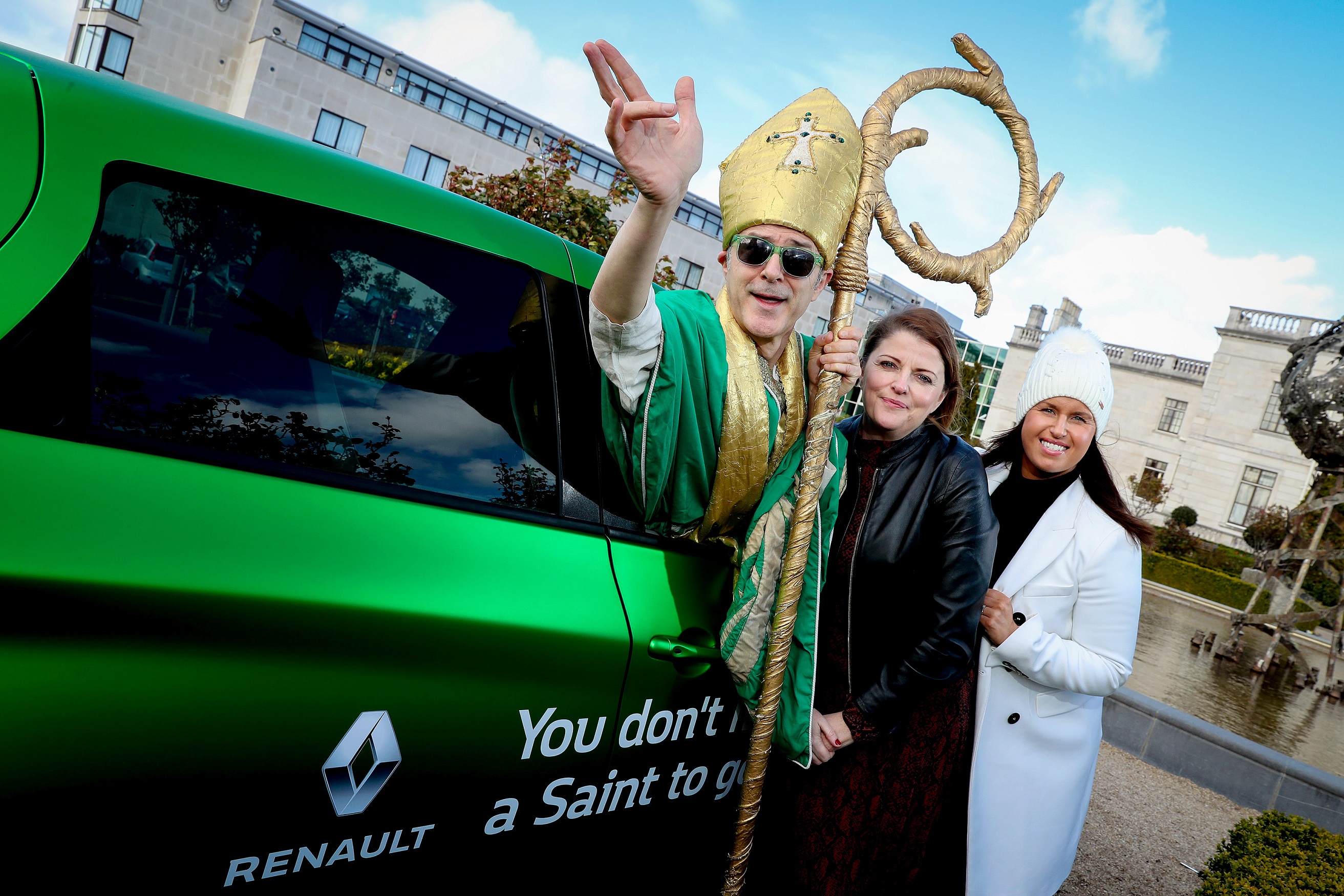 As official car partner, Renault Ireland will provide nine vehicles for use in both the Festival Parade and official St. Patrick’s Festival duties.

Karla Clifford, Brand Communications Manager Renault Ireland said: “We are delighted to continue our partnership with St. Patrick’s Festival for 2019 and we look forward to what will be an amazing five days celebrating Ireland and storytelling – something we Irish are very good at! At Renault, we feel our ‘Passion for Life’ ethos of the brand and the spirit of the St. Patrick’s Festival are a perfect match. We’re looking forward to seeing the green Renault fleet in the parade festivities and with our 100 per cent electric Renault Zoe featuring prominently in the parade, we hope to show people that you don’t have to be a saint to go green!”

Susan Kirby, CEO, St. Patrick’s Festival added: “We are very proud to partner with Renault as official car partner for St. Patrick’s Festival 2019. Renault have developed a compelling campaign, including the creation of a wonderful Parade pageant that promotes the fleet’s green credentials. In expanding the partnership, Renault have come up with some really fresh activations as part of the artistic programme at our new three-day Festival Village in Merrion Square, a fantastic reflection of their design aesthetic.”