Renault F1 Team has detailed its plans to maintain its momentum in the FIA Formula One World Championship.

Renault returned as a works team in 2016 and has made strong progress each season, finishing last year’s campaign in fourth position in the Constructors’ Championship. Renault F1 Team’s star driver line-up of Nico Hülkenberg and Daniel Ricciardo was also presented to attending media and partners, underscoring Renault’s commitment to long-term success. 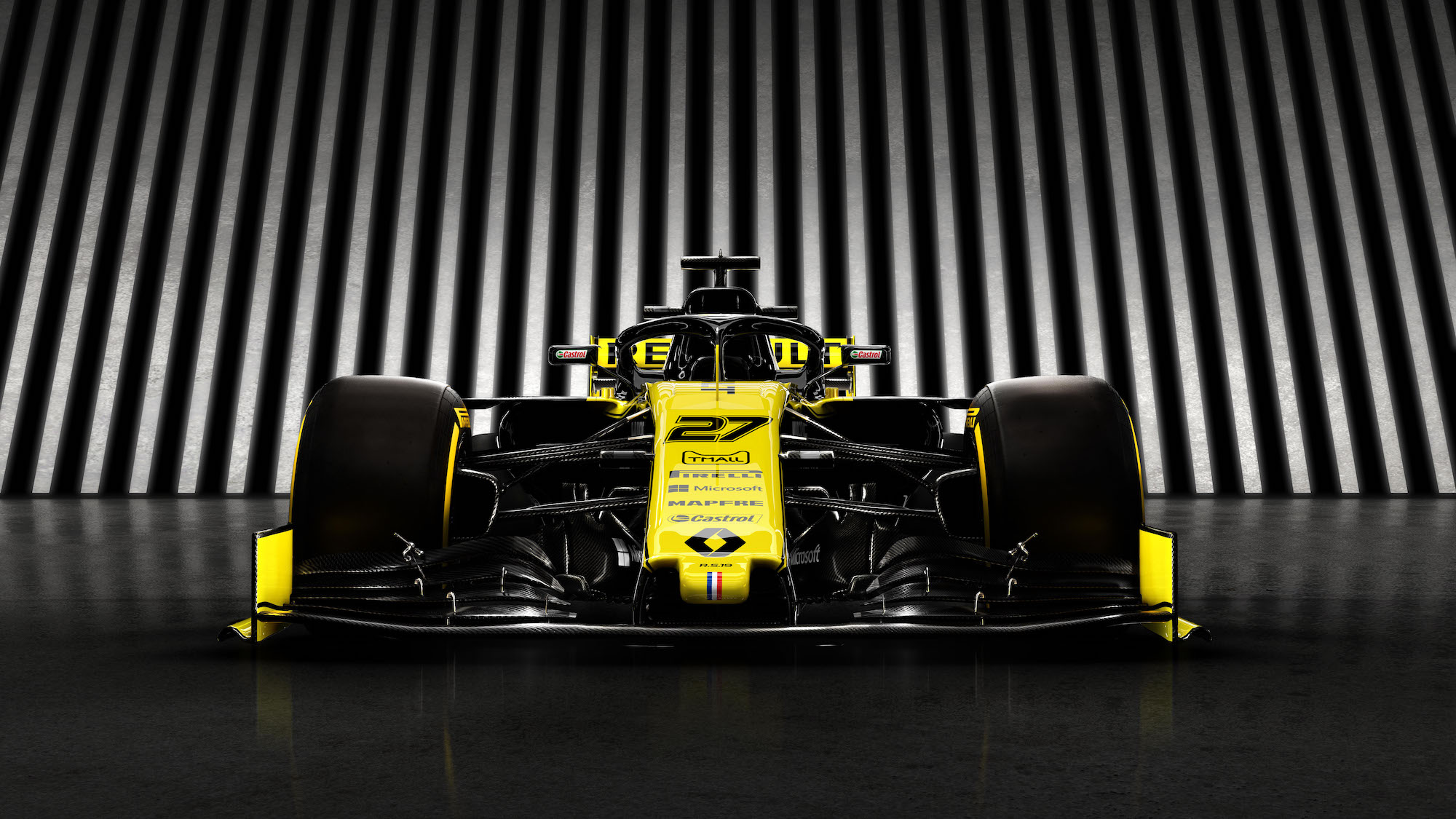 Jérôme Stoll, President of Renault Sport Racing, also confirmed Renault’s ongoing commitment to the sport. He said: “At Renault, we are passionate about motorsport. Our history in F1 has continued unbroken for more than 40 years. Formula 1 is a show, a spectacle, pure entertainment, but it is also the highest level in motorsport.

A passion for Formula 1 is a metaphor for fighting spirit, determination, resilience but also progress thanks to the limitless innovation that inspires the sport. But this passion has to be tempered with a healthy dose of reality. F1 makes sense for Renault; it is a laboratory for our future road going technology – as seen by the new engine designation – Renault E-Tech 19. It is a very exciting time to be part of F1.”

Since its F1 comeback three years ago, Renault has invested heavily across its technical facilities in Enstone, UK, and Viry-Châtillon, France. At Enstone, the team has significantly increased production capabilities, with upgraded machine tools, including two new Breton machines, wind tunnel, gearbox dyno, enlarged design office and state-of-the-art race operations room. Its workforce has also grown by around 50 per cent since 2016. At Viry, a newly refurbished dyno has just been commissioned and will be used throughout the season to develop the power unit, while an ambitious building programme to house new engine assembly bays, reliability departments and an automated stores department has recently started, due for completion next year.

With a solid foundation of technical and human resources in place, Renault F1 Team managing director, Cyril Abiteboul, outlined the team’s aim to keep this momentum going into 2019: “Launching all these projects while participating in the championship was an incredible challenge, as was getting the major points finished. The final commissioning of the investments was a tremendous achievement and I’m impressed by how everyone has taken to the task. This shows in the momentum we have gathered: ninth in 2016 with eight points, sixth in 2017 with 57 points and fourth last year with 122 points. We go into this season aiming to keep this strong and measured momentum. We do not target x or y position or a number of points: what I want to see is that the team continues its trajectory of progression towards the top teams. Engine excellency will be our priority in Viry while the structure now in place in Enstone strives to improve the competitiveness of the chassis, season after season.”

Abiteboul also explained the extra motivational factor of the new driver line-up, adding: “The added momentum of the Daniel-Nico partnership brings confidence to the team this season. I believe we have one of the strongest – if not the strongest – driver line-up on the grid. Daniel brings proven race winning experience and knowledge of a top team, while Nico is hungry. He’s hugely underrated – he’s quick, determined and a team motivator. Individually they are very strong and I feel the two will complement each other extremely perfectly. The energy they have brought to the team is very tangible and I hope we can give them a car to show their considerable talent.”

Nico Hülkenberg embarks on his third year of competition with the team in 2019. He stated: “As a team, we’ve developed a lot since the start of 2017 and that’s all part of the process if we want to achieve our long-term targets. When I arrived, the infrastructure was still young, we’ve come a long way since then with a lot of progress. I want to extract the best from myself and maximise the potential from the team and the car. The important thing is, as a team, we take a good leap forward and perform better consistently. We want the trend to continue upwards and keep the developments coming.” 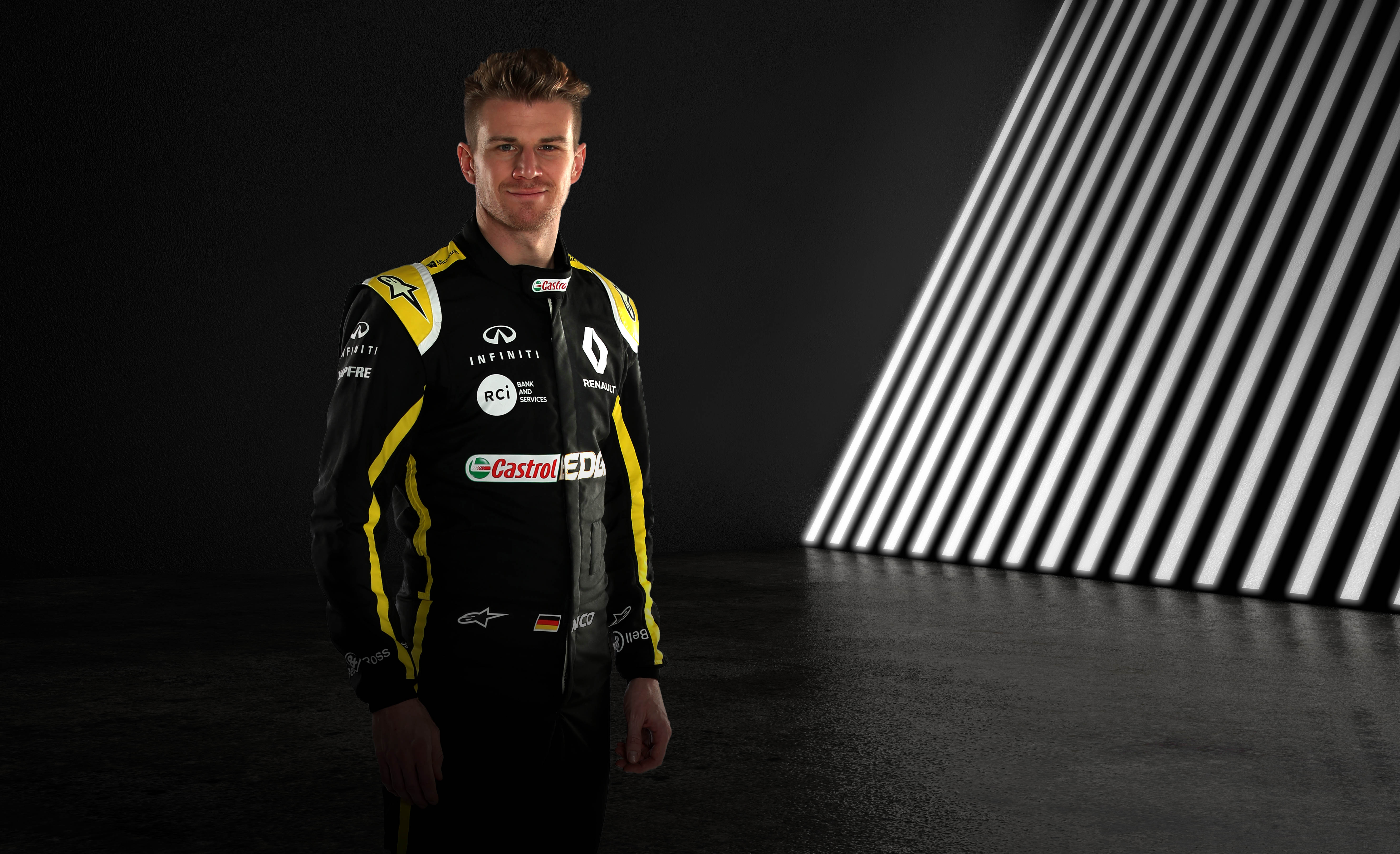 Australian Daniel Ricciardo, a seven-time Grand Prix winner, joins Renault F1 Team for his first season in yellow. “Renault has a massive history in motorsport, so to be part of the next step of their Formula 1 journey is an exciting challenge. I’m here to do a job on track and drive as fast as possible, but I would like to bring the team energy. I want to put a spring in everyone’s step because that’s part of my job and also my character. I aim to be able to get the team to work that extra bit harder, put in more effort and rally everyone together. I’d like to be a catalyst for positive energy.

“Everything I learnt in 2018 will make me a better version of myself in 2019. The difference will be a more mature person. I have more clarity of where I’m going and I aim for that to be shown with good results on track. I feel a lot of positive pressure and expectation to do good things, but that’s something I’m looking forward to taking on.” 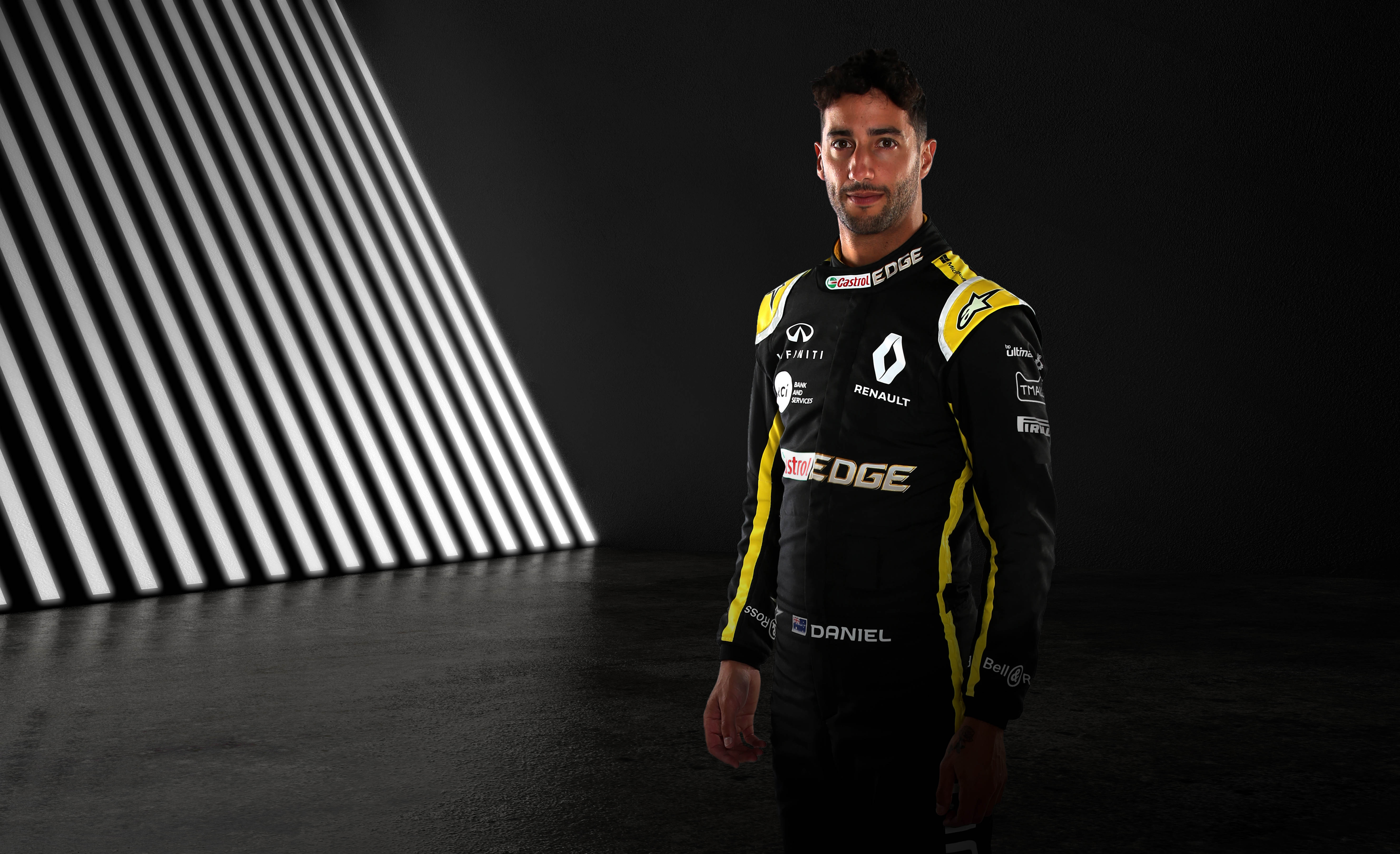