Renault back on the Road this Summer with Irish Sporting Legends

Renault Ireland is back on the road this summer for lively discussions on Irish sport at select Renault dealerships around the country. 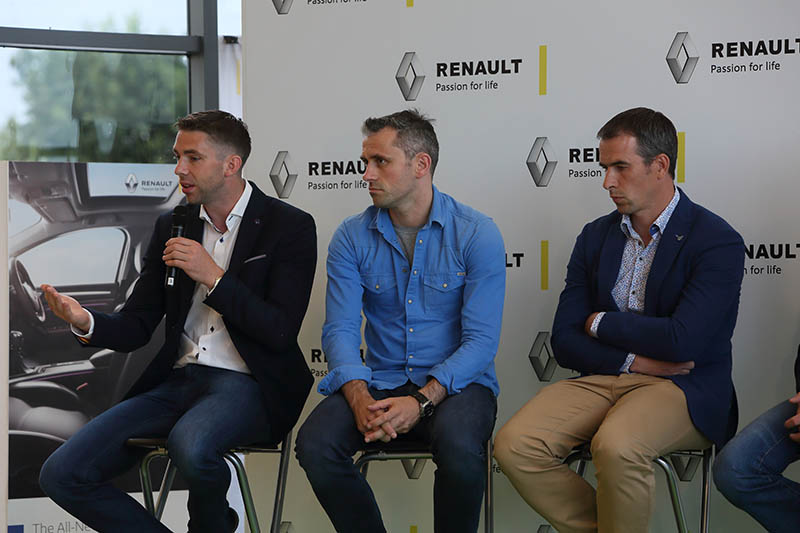 Each panel will be joined by local sporting representatives, and the ever-entertaining and knowledgeable Marty Morrissey will once again act as the Master of Ceremonies.

Those interested in attending the Renault dealership events should make contact with their local dealership and reserve their seats. Refreshments will be served before the panel discussions begin.

Patrick Magee, Country Operations Director Renault Ireland said: “Following on from great success last year, we are delighted to get back on the road with some of Ireland’s sporting greats and Renault ambassadors – Marc Ó Sé, Dessie Dolan and Alan Brogan – and we’re thrilled to be joined this year by the legendary Anthony Daly and Mick Galwey. We’re looking forward to plenty more friendly rivalry and lively debate on the road this summer!”