When purchasing a new car, you expect the components of that car to be reliable. The same applies when specifying aftermarket components for older vehicles. Ironically, one of the ways for a manufacturer to prove the reliability of a part is to test it to destruction – identifying and eliminating any unwanted consequences along the way. 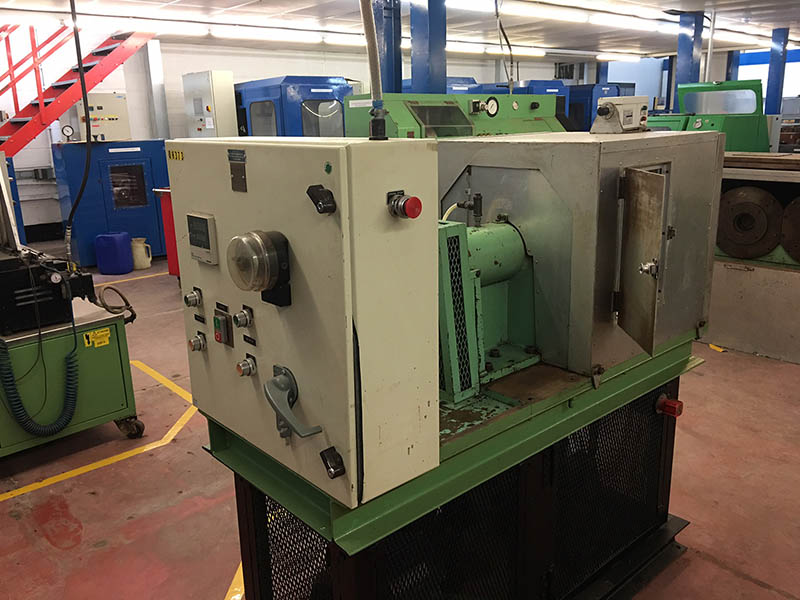 David Lewis, Plant Manager at Mark Water Pumps, describes the clutch endurance and performance testing facilities that are available for manufacturers who want to prove the reliability of their product.

On a short journey through town to the shops, it’s possible that the clutch will be engaged and disengaged upwards of a hundred times. Despite being under constant use when in motion, it’s not unreasonable to expect a clutch in an average family car to last close to 100,000 miles. When designing original equipment (OE) or aftermarket clutches, it’s essential that their reliability can be proven.

Mark Water Pumps Ltd. has a long-standing history associated with the design, manufacture and testing of clutches; its products can be found in a wide selection of European passenger vehicles. As part of its R&D programme, the in-house testing facilities have benefitted from regular investment to ensure that test beds are in keeping with relevant EU regulations for automotive component part performance.

The facility holds a number of test beds to carry out endurance and performance tests. Concentric Slave Cylinders (CSC) are also tested through a vigorous cycle of 400,000 actuations and testing can be carried out to validate the revolutions per minute (rpm) that a part can meet prior to failure – a burst chamber will rotate the part up to 17,000 rpm.

The Mark Automotive Testing Centre facilities are open to other manufacturers who wish to test their parts to the highest performance standards. As well as providing clutch testing they can test all manner of automotive components including pumps, brakes, clutches, belts, thermostats, pressure sensors, idlers and tensioners, as well as slave cylinders, flywheels and other engine ancillaries.
As part of the testing facilities, individual component parts from within the clutch can be tested to eliminate any potential weak links within the assembly. There are three components in particular which should be tested to destruction to prove the service life of the clutch.

The clutch release bearing is central to the operation of the clutch. When the clutch pedal is depressed, the bearing slides towards the flywheel which in turn applies force to the pressure plate’s diaphragm spring fingers. This causes the pressure plate to move so the clutch disc disengages from the flywheel and the driver is free to change gears. As the clutch pedal is released the bearing moves back to its stationary position and the clutch once again engages with the flywheel.
This process imposes a heavy lateral load and high speed rotational movement on the bearing. Due to its positioning within the clutch, the bearing will experience no maintenance throughout its life; it must be a long-lasting part, resistant to extreme temperatures and dirty environments. To prove that it will perform as necessary, endurance testing is carried out on a test bed that measures ambient or enclosed raised temperatures, rotation and actuation.

The clutch cover assembly is attached to the flywheel and incorporates the pressure plate, which provides the pressure that holds the clutch disc to the flywheel. It is this pressure that allows torque to be transmitted from the flywheel to the gearbox. The cover is also relied on to protect the internal components from much of the punishment inflicted by life on the road. It must be well balanced and able to radiate the heat generated while the clutch disc is engaged.

Once again, this part needs to survive the working life of the clutch without service or maintenance. Endurance testing determines the pressure plate’s ability to produce consistent clamping pressure and checks for spring hysteresis.

The friction plate sits between the flywheel and pressure plate. When the pressure plate’s diaphragm spring fingers are applied the plate is held tightly against the flywheel and power is transmitted via friction. If a clutch lasts 80,000 miles and the car averages 60 mph over that time, the friction plate will have transmitted the torque of the engine to the gearbox for a total of 1,333 hours (a little over 55 days total). For this reason, the friction material used must be extremely hard wearing – while conforming to all current safety regulations.

High quality friction material is produced by only a few manufacturers worldwide and is tested heavily prior to specification. The friction plate itself should also be tested for performance and endurance via a spring endurance oscillator testing machine.

It’s fair to assume that OE components will have been proven prior to specification because of the quality standards expected of all new vehicles by today’s consumers. However, the aftermarket isn’t quite so consistent. There is still an abundance of components supplied from foreign markets where quality standards aren’t as advanced as in the EU. When placing an order, ask where the part was manufactured and look for details of its testing – a good manufacturer will be more than happy to provide evidence of the quality of its part.

As a manufacturer, it’s important to consider the end-user who will pace trust in your part. Component testing should be included in the R&D process for every new design and any product update. Working with the Mark Automotive Testing Centre ensures you can provide your customers with peace of mind.